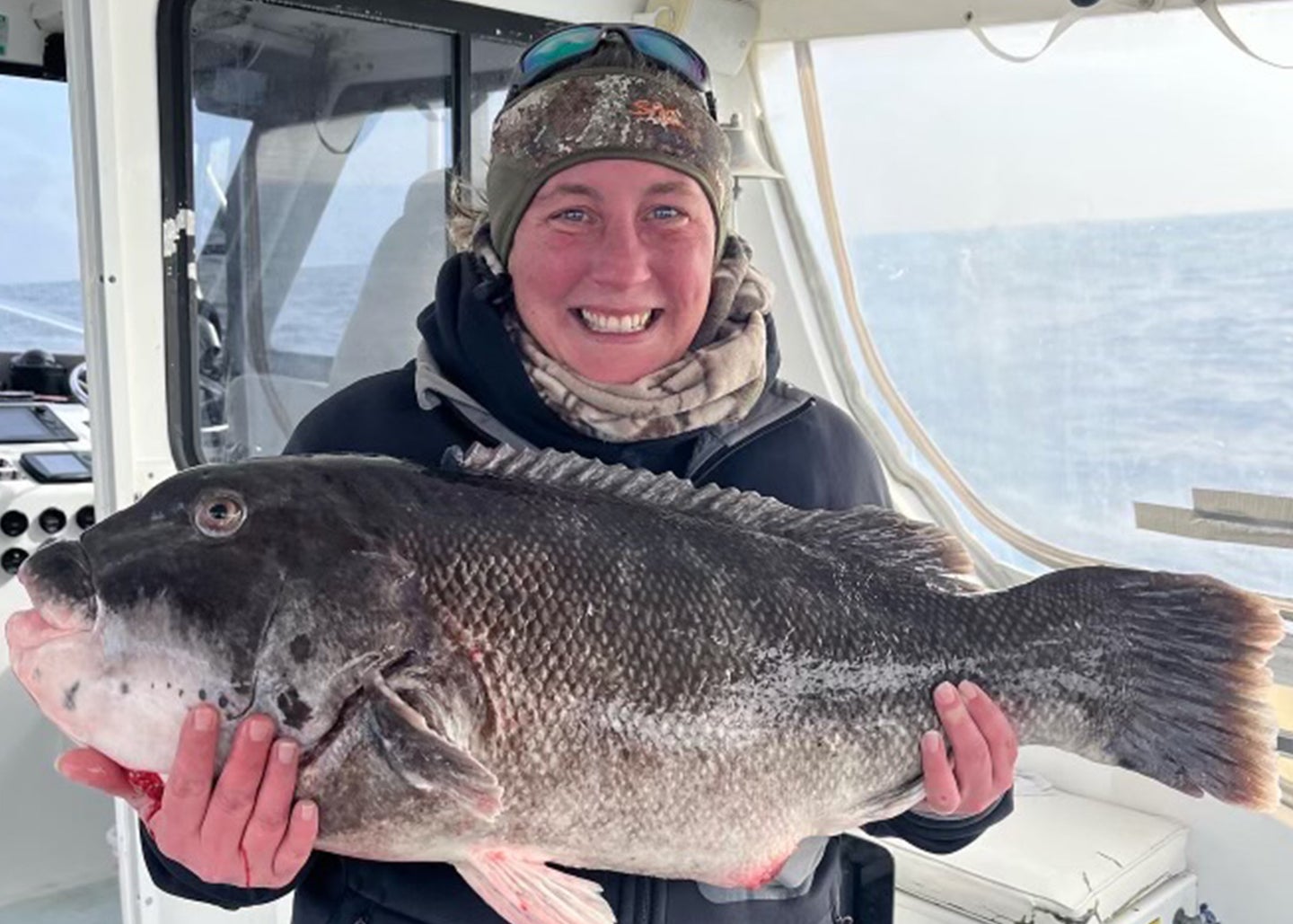 Zuppe's tautog is the biggest ever landed by a female angler. Jennifer Zuppe
SHARE

Earlier this month, Jen Zuppe of West Haven, Connecticut, hooked into the fish of a lifetime while sinking white crab in 110 feet of water off the coast from Ocean City, Marland. Zuppe’s monster tautog, also known as a blackfish, weighed in at an impressive 23.4 pounds on certified scales at nearby Sunset Marina. If verified by the International Game Fish Association (IGFA), her catch will claim a new world record.

Zuppe caught the massive tautog while fishing with Captain Kane Bounds aboard his charter boat, the Fish Bound IV. Bounds is an accomplished guide when it comes to putting clients on hard-fighting tautog. In early January 2015, he was prowling the same waters when an angler aboard the Fish Bound IV landed another giant tog weighing 28 pounds, 13-ounces.

That fish was caught by Ken Westerfield and currently stands as the IGFA All Tackle World Record for tautog. Interestingly enough, Westerfield was aboard the Fish Bound IV on the day that Zuppe landed her new pending record. Westerfield will hold onto his all-tackle tautog title for now, but odds are good that Zuppe will soon join him in the IGFA record books, as her 23-plus-pounder should qualify as a line-class world record.

In addition to all-tackle world records, the IGFA keeps separate record categories for the type of line used to land a fish. For tautog, the line-class categories stretch from 2-pound test all the way up to 50-pound test. Each line class is also broken down into a male and a female angler category.

The current women’s tautog records for the 30-pound line class is vacant. Zuppe’s tautog will likely to fill that void—if her 30-pound braided line and leader check out after IGFA testing. “The best thing about catching this fish was sharing the experience with such amazing people,” Zuppe told F&S. “We laughed so much and had so much fun. It was especially great having my husband Al there, who has to be one of proudest husbands in the world.”

Tautog go by various names, including black porgy, oysterfish, tog, and Molly George. They inhabit the western Atlantic from Nova Scotia to South Carolina and can be found in greatest abundance between Cape Cod and Delaware Bay. A non-migrating, bottom-feeding species, they prefer shallow waters, from 10 to 150 feet deep, and rocky bottoms or shell beds, where they tend to feed on shellfish.