Edwards Tarumianz caught the unusual-looking catfish on a charter trip. It has a genetic condition affecting its pigmentation 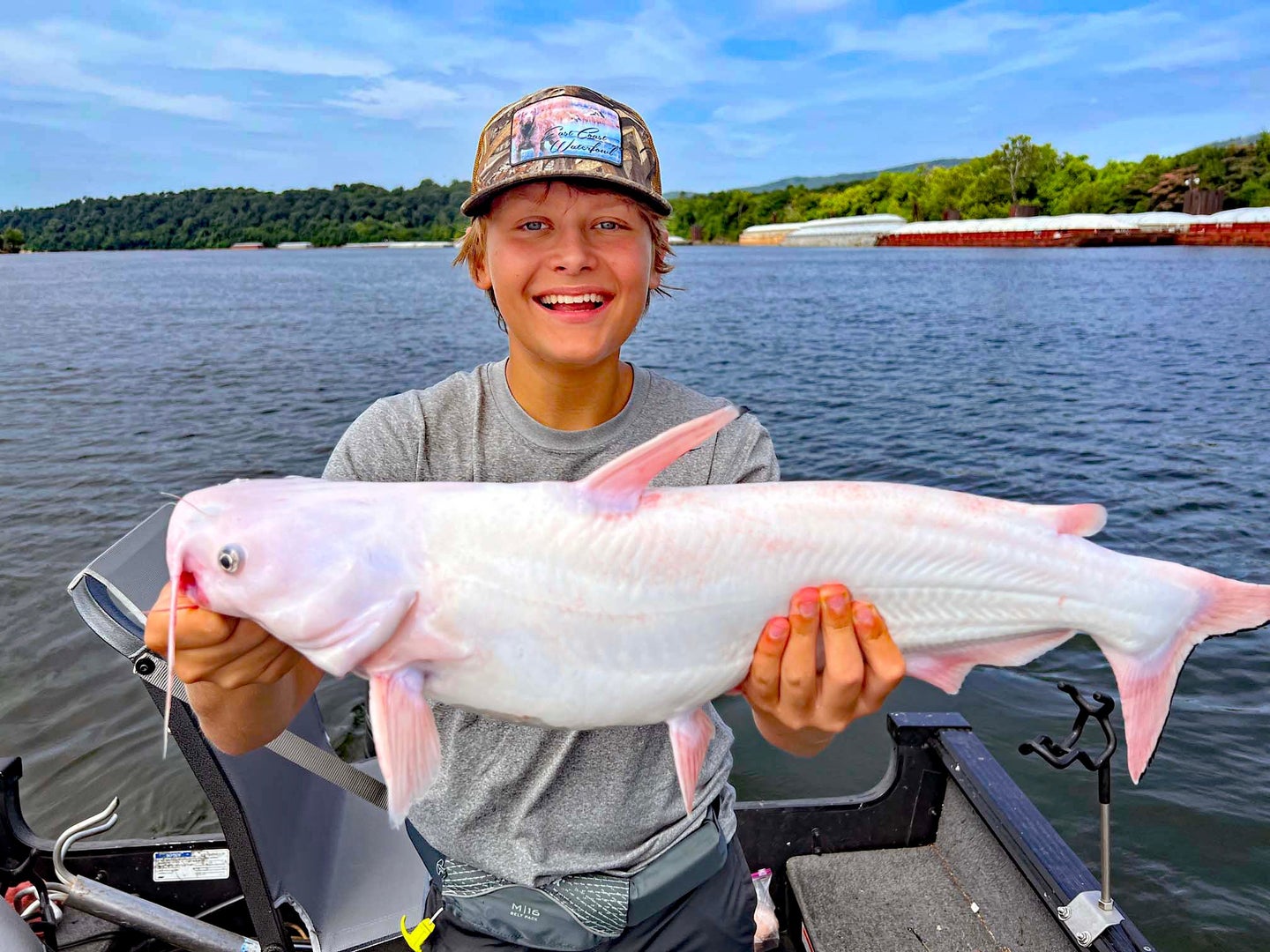 A young angler recently boated an exceptional fish. Fifteen-year-old Edwards Tarumianz was fishing with Captain Richard Simms, a guide for Scenic City Fishing Charters, on the morning of June 28, when he reeled a fish that was impressive not for its size but its hue. It was a shockingly white blue catfish.

“You may catfish for the rest of your life and never catch, or even see, another fish like that,” Simms said in a post on the Scenic City Fishing Charters Facebook page. “I’ve been catfishing seriously for 30 years—guiding for 17 of those—and that’s the first albino to ever come in my boat.”

Despite Simms’s claim, it’s unclear if the catfish is, in fact, albino, and not leucistic. Albinism is a genetic condition characterized by the absence of melanin, while leucism or “piebaldism” is characterized by inhibited melanin production. Albino catfish, like this one caught on the Tennessee River this spring, are completely white, and an albino fish’s eyes will take on a pink tint from blood vessels showing through. A leucistic catfish may be mostly white but will have some coloration, often in its eyes. Biologists from the Tennessee Wildlife Resources Agency (TWRA) were unable to verify whether Tarumianz’s fish was albino or leucistic. “Regardless, we all agree that it is a great and rare catch,” a TWRA spokesperson told F&S.

Besides the white catfish, Simms says that Tarumianz made some other notable catches on their morning fishing together, including a PB smallmouth bass, several nice largemouth bass, and even a couple of gar. Apparently, the young angler even fought one of the gar on 6-pound test without letting it break off, even when the line got wrapped around the trolling motor.

“[Tarumianz] is one of the most polite young men I’ve ever had in the boat and one of the most accomplished 15-year-old anglers I’ve ever been around,” “It was a very special morning, capped off by a catfish unlike any I’ve ever seen before—and may never see again!”