Actually, that’s an obvious lie. But now that we have your attention, let’s discuss the effective range of today’s ground-breaking turkey ammunition 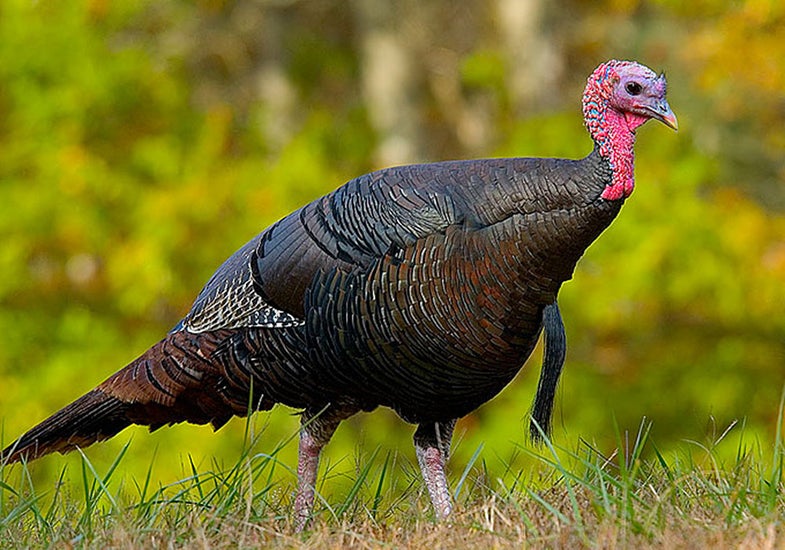 The effective range of new gobbler ammo is getting greater, but a turkey hunt that ends at 20 yards will always be more exciting that one that ends at 70 yards.. Wikimedia Commons
SHARE

Coming up with blog post topics every week is a struggle sometimes. So I Googled “great blog posts” and found a list of “101 topics that will make your blog hot.” For obvious reasons, number 80 was my favorite: “Abandon your blog for a week and make others think what happened to you. It’s pretty risky, but if you are famous blogger—this will get you a lot of buzz.”

I loved that suggestion for so many reasons, but ultimately I decided getting paid and keeping my job was preferable to a week off and the slim possibility that my absence would generate buzz. Besides, I recalled that turkey season is open in some places and I have already been hearing about 50-, 60- and 70-yard turkey kills. I am going with hot-blog suggestion No. 43: “Tell an obvious lie.”

New turkey loads—notably Winchester Longbeard, but now Federal, Apex, and Nitro Co. have all introduce Tungsten Super Shot loads (more about TSS in an upcoming column, it’s insane)—make turkey guns lethal to 70 yards. To put that in perspective, when I started in 1987, my Browning Double Auto loaded with Remington short magnum 5s would and did kill a turkey at 35 yards. Full-choke 3-inch magnums might kill to 40. Effective turkey gun range has almost doubled in 30 years. A turkey at 50 yards could just as well have been on Mars when I started hunting. Now it’s a dead bird, and while I’m not proud of taking 50-yard shots, I’ve made four or five, and believe they are totally ethical and within the killing power of my gun, which I have patterned a lot.

The new ammo pushes that maximum distance out to 60 to 70 yards, or more. One outfitter told me he made a 98-yard shot on an injured Osceola with TSS, backing up a client. Does that mean we should all let fly at 70-yard turkeys as if they were standing 40 yards away?

First, recognize that even a shot as basic as hitting a stationary turkey with a shot pattern gets harder with every yard, and 70 is a lot of yards.

Second, you need to spend a lot of time at the range with your gun, fooling with chokes, sights, and ammo to come up with a combination that is reliable at 70. The rigs capable of 70-yard kills are out there, but it’s not just a question of putting expensive shells in your gun.

Third, you’ll want a rangefinder, because who’s to say the turkey standing at 70 isn’t actually at 78? Not many of us can eyeball 70 yards accurately.

Finally, I hope we can all agree that a hunt that ends at 20 yards is much more exciting than one that ends at 70.

There’s no denying the effectiveness of Longbeard and TSS, and I’m not going to pretend we can’t kill turkeys a lot farther away than we used to. Should we? That’s an ethical question up to each one of us.