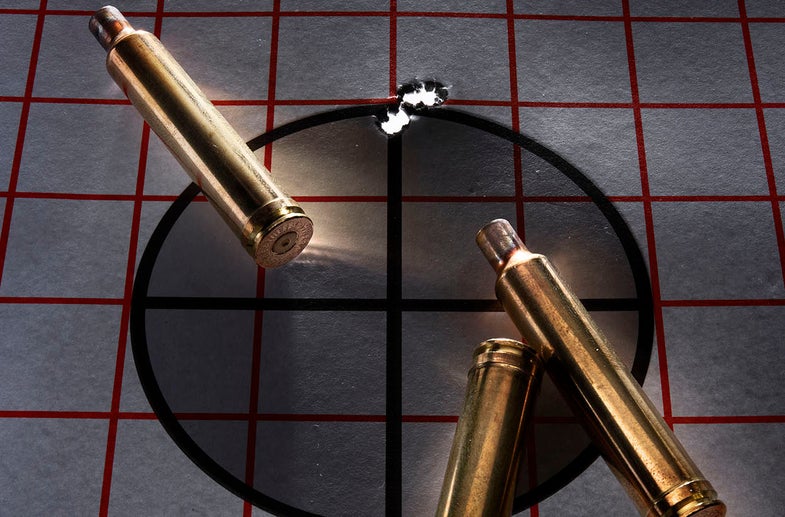 Long ago, Roy Weatherby hit on a formula for designing rifle cartridges that was so successful he was able to found a company based on it, and that company has not only survived but still flourishes 70 years later. Weatherby’s formula was a simple one: Use great gouts of gunpowder to drive bullets at ­unheard-​of velocities, hundreds and hundreds of feet per second faster than anything else on the market. Hunters tried his cartridges and learned that with chalk-line-​straight trajectory, they could accomplish amazing things. Shots that were once beyond their ability now were gimmes.

Weatherby did this with just about every common bullet diameter from .224 to .458, with one omission—the 6.5mm, or .264. The interest wasn’t there. Proof lay in the sad example of Winchester, which came out in 1959 with the .264 Winchester Magnum; despite very good performance for the time, it got only a lukewarm reception.

For almost the entirety of the 20th century, the practical limit of a game rifle was 300 yards. This was the maximum range at which a skilled shooter with sporting (non-target) equipment could reliably hit a critter the size of a deer. A really good shot could go beyond that, but not as a regular thing.

But as the hideous 20th century gave way to the even more disgusting 21st, there were great sea changes.

So, with all of this going on, it was time for Weatherby to plug the one hole in its lineup and come out with a 6.5mm cartridge. Officially, it’s called the 6.5/300 because its parent case is the .300 Weatherby Magnum necked down. In designing the new round, Weatherby did something very smart. Whereas Winchester created a cartridge only marginally faster than the competition with the .264, Weatherby stuck with the huge .300 case and came up with something that has nothing marginal about it—a 6.5 round capable of muzzle velocities north of 3500 fps.

There are several ways you can shoot at beasts from long range. You can use a standard-velocity round and compensate for the bullet drop at 300 yards and beyond by means of a range-compensating reticle, or you can put lots and lots of clicks of elevation in the scope (military shooters call these come-ups). Both processes, however, require a fair amount of experimentation and considerable cool­headed­ness under pressure. Most hunters won’t put in the time, or don’t have access to rifle ranges with the kind of yardage needed, or forget all the numbers when confronted with an actual animal in a for-real hunting situation.

At 500 yards, you let your scope take over. (I put a Meopta 6X–24X HTR on this rifle, and they work together so well one would think they had been made for each other.) Assuming your scope has nice, accurate elevation adjustments, you put in 16 clicks, which gives you 4 inches at 100 yards and 20 inches at 500. This is a tad more than the numbers call for, but I’ve found that a couple of clicks extra are a righteous thing.

My first shot, using this method, was right in the center of the X-ring, and I became more excited than I did watching Natalie Wood in Splendor in the Grass in 1961. You can use the same method out to any range you please. As long as you know the distance to the target, you can get the drop figures from Weatherby’s website, translate it to clicks of elevation, verify on the range, and there you are. Windage, which is the real bugaboo at long range, is not much of a problem because these bullets all have very high ballistic coefficients and get to the target so fast that the breeze does not have much chance to push them. Shooting on a day with 20-mph gusts, I found my slugs moved an inch or two at 500 yards, which is nothing at all.

Since there’s no such thing as a free brunch, the 6.5/300 comes with some special considerations. First is price. The rifle for which it’s chambered, the Mark V Accumark, costs well over $2,000. The newest version, with an improved stock and trigger, is for all intents a custom-made rifle, even down to the hand-lapped barrel. Mine shoots factory and handloaded ammunition inside .800 inch, which is what it takes to hit at long range.

Because of its sphincter-shivering powder charge, the 6.5/300 heats up very quickly. This also cuts down on barrel life, which disturbs some people greatly. I am not among those people. If you buy a Ferrari, do you lie awake nights because it burns a lot of gas? Recoil is not bad, certainly nothing like the .300 Weatherby Magnum. I get 19 foot-pounds in my rifle, which is about like a 7mm Remington Magnum. But it is not recoil-free.

Copper fouling is bad. You put this much heat and fire behind a bullet, and it’s going to leave streaks in the bore, and you will soon wonder where your accuracy went if you do not clean it often and well.

Aside from that, the 6.5/300 is the real deal. If you want to thump some animal in the ribs at a distance of five football fields, here is the easy way to go about it. In terms of overall effectiveness and bearable recoil, this is the best Weatherby magnum yet.

Tip of the Month: Too Hot to Handle

I tested the new Weatherby 6.5/300 in 70-​­degree weather and found that three rounds was enough to get the rifle’s barrel so hot you couldn’t hold your hand on it. At this point you have to stop shooting, or you will see your groups expand. You’ll also get a false point of impact, as heat waves rising from the barrel will make your aiming point appear higher than it actually is. Take a break, let the barrel cool down, and then resume. —D.E.P.