The Upper Delaware River on the border of Pennsylvania and New York may be known for its epic hatches, but... 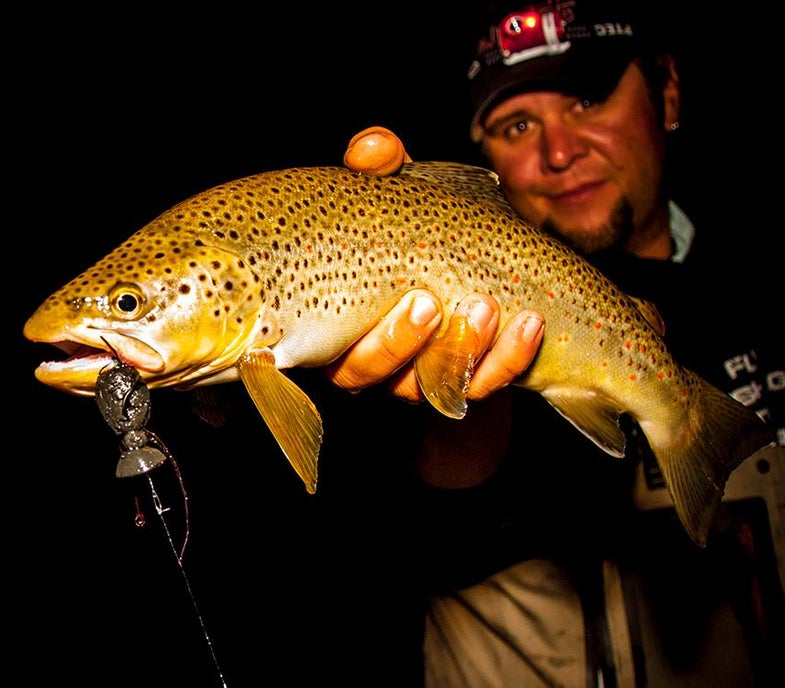 The Upper Delaware River on the border of Pennsylvania and New York may be known for its epic hatches, but that doesn’t mean the wild browns and rainbows in this system won’t gladly take a shot a big, juicy mammal-imitating fly on the surface. Considered home waters by host Joe Cermele, the “Upper D” became a proving ground for this episode, where three nights were set aside—along with streamers and dry flies—for the sole purpose of enticing trout with mouse patterns. There were ups and there were downs, but in the end, the guys learned that a tactic more often used in places like the Rockies and Alaska has a serious time and place on the East Coast…that is if you stick around long enough to catch the magic mousing hour.

The Deal: The Upper Delaware and its branches are considered by many to be the best wild trout fishing east of the Mississippi River. Boasting a healthy population of wild browns and rainbows, it is arguably the biggest destination river on the East Coast. The average angler is showing up looking to hook 20-plus-inch trout on dry flies during one of the system’s many prolific hatches. However, if you’re willing to put down the dries and strip streamers, the results can be more exceptional than action during the best hatch. With that in mind—and being a big fly junky—host Joe Cermele always wondered how receptive the Upper D fish would be to mice at night. Turns out in the right time, in the right place, and with the right conditions, these fish crush them with extreme predjudice.

When To Go: Though peak season on the Upper Delaware is late April through mid June, mousing is largely a summertime tactic. When the water is low and clear, big trout often hunker down during daylight hours, hiding out and not moving much. But when the sun sets, these fish get on the hunt, and they’re not looking for a size 22 dry fly during the darkest hours.

What To Bring: If you’re going to mouse, leave the 5-weight outfit home and opt for a 7-weight stick and reel with floating line. Not only will a 7 have the backbone you need to fight the larger fish you’re looking for, but it will turn over bulky mouse flies with less effort. That’s important, because just casting in the dark is a big enough challenge. You don’t want a rod so light you have to over-false cast. Since it’s dark, leader-shy fish are no longer an issue. Skip the tapered leaders and lash on a straight 3-foot piece of 10-pound fluorocarbon. Which mouse fly you fish depends on the conditions and activity level of the trout. As examples, during the shoot, on cooler, breezier nights, trout were more responsive to small profile foam mice. On a still night when the fish were hard on the feed, a large faom-head Mercer’s Lemming that made plenty of noise got crushed more than the subtler slim-body patterns. Make sure you have a variety on hand.

How To Fish: According to guide Joe Demalderis, a live mouse that falls in the water won’t have the strength to fight the current. It’s going to kick continually while getting swept down stream as it quarters the current. With that in mid, we would cast upstream at a 45-degree angler and either use long slow pulls, or tuck the rods under our arms and use a super-slow two-handed retrieve. With either method, the goal is to keep the mouse moving continuously. It’s not a bass bug that you want to work in short, hard pops. You want a mouse to land as close to the bank as possible, which is easier said than done in the dark. By and large, trout seemed more apt to hit a mouse in flat water than in riffles.

Where To Stay: Smith’s Colonial Motel in Hancock, New York, is host Joe Cermele’s favorite local digs. It’s clean, comfortable, close to town, and the main stem of the river runs right out back. It’s a family run business, everyone is extra friendly, and the rates (even during peak season) are incredibly affordable.