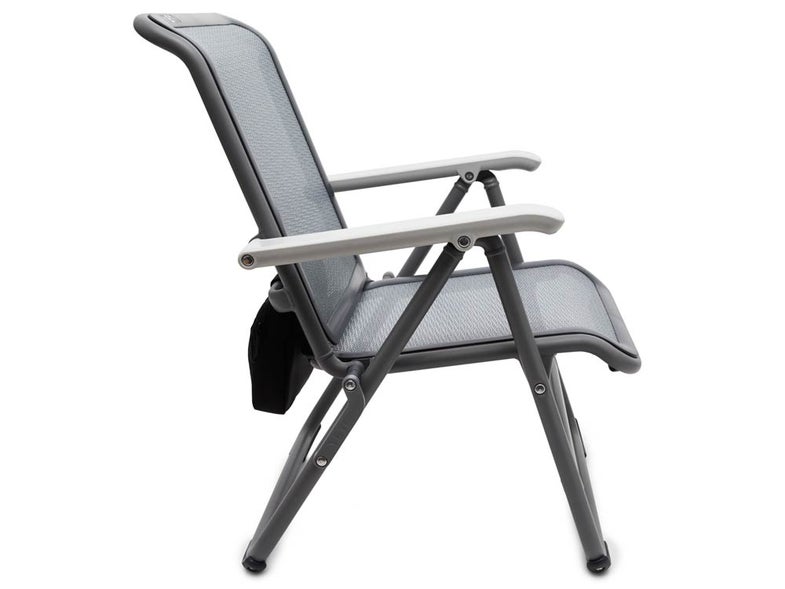 You could say that Yeti was already in the furniture business, given people’s tendency to sit on coolers. But with the Hondo Base Camp Chair, which hits market this spring, the company officially declared its dedication to a comfy derrière.

Like the original Tundra cooler, Yeti’s new camp chair is infinitely more durable than the industry standard. (At $300, it’s also infinitely more expensive.) Most consumers, Yeti found, buy cheap camp chairs, break them within a year, and replace them with another short-term solution.

So, the Hondo features Yeti’s durability DNA. The frame is made of double-walled, 6061 aluminum that’s age-hardened for 25 hours in a blast furnace to make it 200 percent stronger. Its architectural-grade powder coating stands up to extended exposure, and super-strong welds (similar to the ones used on downhill mountain bikes) make this chair so sturdy that during the testing phase, the chair supported 3,000 pounds before collapsing. If a Toyota Corolla had a human-size rear end, it could sit in this chair.

To make the Hondo as comfortable as it is tough, Yeti recruited talent from Herman Miller (manufacturer of another expensive chair—the $1,300 Aeron) and replicated the Aeron’s famously bouncy, trampoline-style seat.

At a glance, the 16.5-pound Hondo doesn’t look like a radically better product; it’s not until you actually kick back in one that you realize how comfortable it really is. But since the chair will only be sold online and at Yeti’s flagship store in Austin, Texas, few shoppers will have an opportunity to try before they buy.

Read Next: The Ice Chest Throwdown

As for the cup-holder that absolutely every camp chair needs? It’s coming, says Yeti. Manufacturing hiccups delayed the production of the snap-on beverage attachments that Yeti plans for the Hondo. Other accessories, such as a gear-storage bag, will follow suit.