The Arizona Game and Fish Department Commission voted 5-0 to institute a full, statewide ban on the use of trail cameras for scouting game 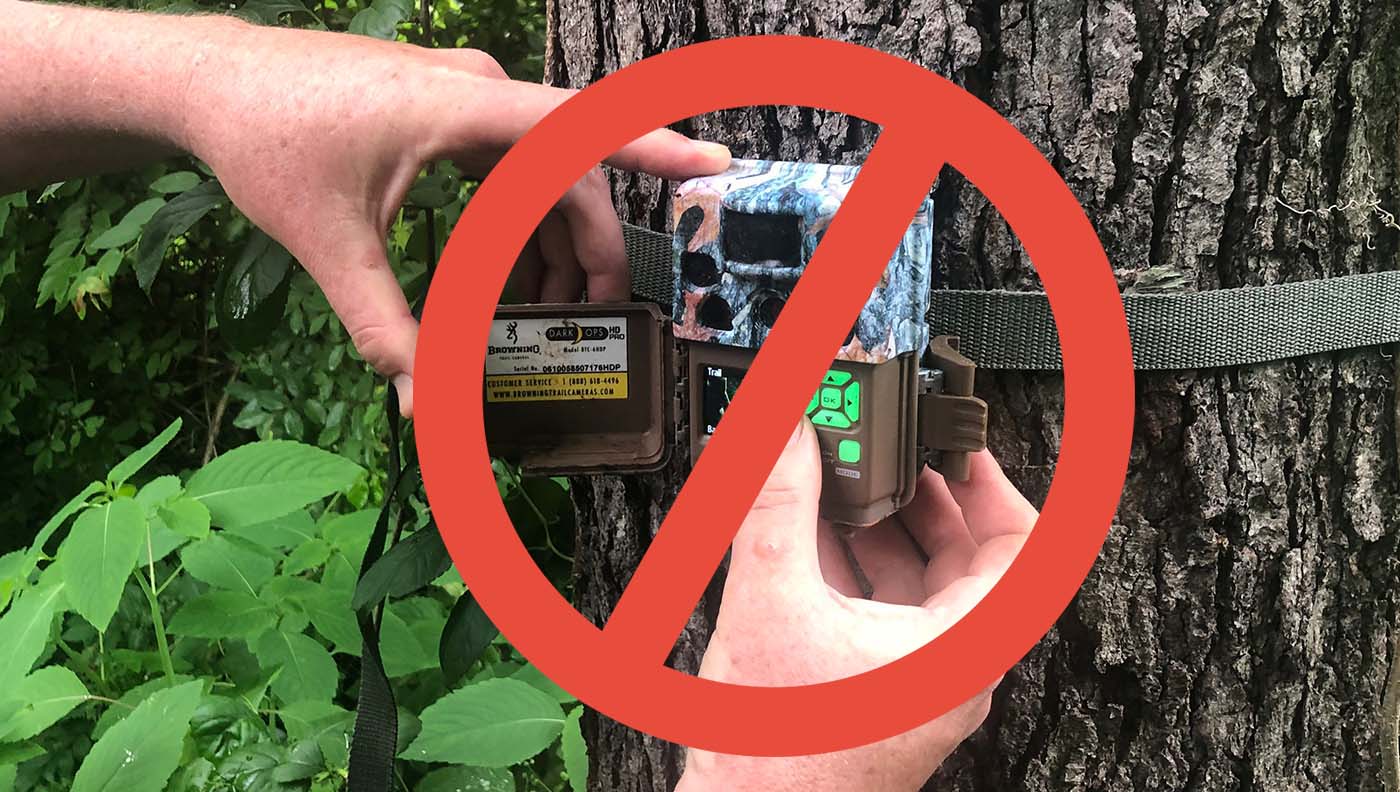 This will be that last year that Arizona hunters will be able to use trail cameras for scouting. Dave Hurteau
SHARE

With this ruling, Arizona becomes the first state to ban trail cameras statewide for hunters not just during the season, but for pre- or post-season scouting as well. Basically, year-round, on public and private land.

The Commission had previously banned “live action” cameras, which includes drones and cell cameras, in 2018, and with this month’s vote, it has added conventional cameras to the list. The process began last October when the Governor’s office approved an unscheduled emergency rule-making period based on the AZGFD’s claim that trail cameras posed an immediate threat to public health and safety because of conflicts of over camera placement, including disagreements on social media. In December, the commission voted to consider a potential rule change and opened a public comment period that extended from January 1 to February 1, during which the they received thousands of emails, letters, and phone calls. In its initial response, the public opposed the ban by a roughly two-to-one margin. In a second round of public comments, the AZGFD received 1,845 comments, of which 1,019 opposed the ban.

But the commission was unswayed. Among the AZGFD’s stated concerns leading up to the vote were improvements in trail-cam technology that may create an unfair advantage for hunters, competition and conflict between hunters at waterholes on public land, and disturbing wildlife by frequent visits to set and check trail cams. Other issues included disturbing livestock grazing on public lands, and the taking of pictures of people without their permission.

Among many commenters in the June 11th meeting, attendee Larry Martinez of Prescott argued that the state had no data or science to back up the ban. “Everything I’ve heard today is people’s emotions, no science,’ he said. “Either you like cameras or you don’t like cameras.”

Josiah Scott of the Arizona Sportsman’s Trail Camera Defense Fund added: “I have hunted Arizona for 53 years and…have never had a significant threat or was afraid for my safety over a trail cam. You say someone is going to get hurt, somebody’s going to get shot over a trail-cam and/or over social media disagreements over trail cams. That is a lie that you are perpetuating. Words are not guns.”

The commission considered alternatives to a complete ban, such as instituting distance restrictions around water sources, limiting camera use to certain species, creating units and seasons for their use, and establishing a camera registration and label system. But in the end, they decided on a full, statewide ban for all scouting and hunting.

In an interview with Field & Stream, Game and Fish Commission chair Kurt Davis said that while conventional trail cams were almost a non-issue five years ago, they were becoming increasingly problematic. “We are a state with a large and growing hunter population,” he said. “We’re also in the midst of a historic 20-year drought that focuses game movement on water sources. There are 3,100 water catchments in the state, the vast majority of which are on public land and all are mapped,” he said. “When people start placing and checking cameras on those limited water sources, there are going to be conflicts.” Davis said reported incidences of conflicts had resulted in a growing number of calls for conservation officers.

But confrontations are only part of the problem, according to Davis. “As a commission, we also have to consider the quality of hunter’s time in the field,” he said. “We have multiple seasons in many units. If I’m a first-season archery elk hunter, and you’re a third-season rifle hunter who keeps checking his cameras, there’s a good chance you’re going to interfere with my hunt.”

Fair chase was also a factor that weighed on the commission’s decision. “If I live in Minnesota or Alabama, I wouldn’t even be having this discussion,” Davis said. “But in an arid state with highly limited water sources, do cameras really allow an elk or deer a fair chance of escaping detection? We’ve tried to hone Arizona’s fair chase ethic, and we feel it’s an important piece of maintaining the state’s strong hunting tradition.”

In a letter released after the meeting and quoted in the Payson Sun article, Commissioner Jim Goughnor agreed. “I have stated several times in the past, that when I’m faced with challenging decisions I look to the North American Model for Wildlife Conservation, mission statements and history for guidance. There is no doubt that fair chase is a cornerstone of the North American Model, which is the ethics upon which hunting and angling is based. For me, the use of any trail camera does not meet the criteria currently in place for fair chase.”

With the vote, Arizona joins a handful of other western states in banning or limiting the use of trail cameras for scouting big game. Montana and Nevada both prohibit their use during fall hunting seasons, and Utah is considering similar rule changes. The question over trail cameras and fair chase hunting, especially in the West, is getting increasingly contentious, and Arizona’s full ban will no doubt add fuel to the fire.