How to Buy Your First Fly-Fishing Rod

Sorry to break it to you, but the "perfect fly rod" doesn't exist. But if you follow this simple formula, you'll find the right rod for your needs—and budget 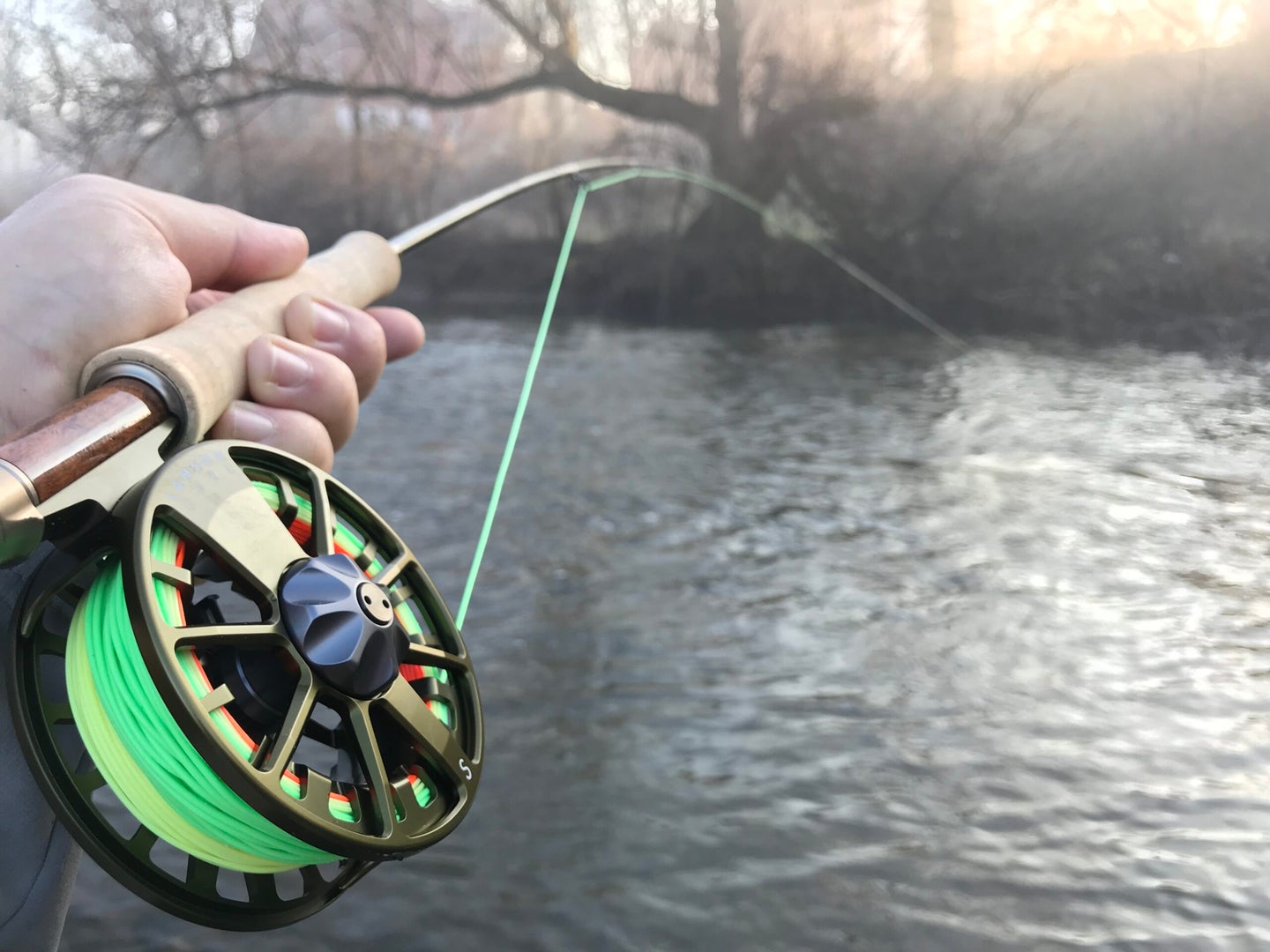 Over the last few years, I’ve noticed a big uptick in beginner fly anglers. My gauge for this is my inbox. Listeners of my podcasts know that I do my best to answer emailed questions, and a huge percentage of them are from people looking for gear recommendations. Many of these folks have spent years fishing with conventional tackles and are ready to take the leap into the fly game, which can be a daunting leap. Fly fishing is a completely new technique, and just because you can send a Spook 100 feet with a baitcaster doesn’t mean you’ll be able to cast a dry fly even half that distance. Not to mention that very little translates from conventional gear to fly gear when it comes to rod weights, actions, lengths, and line size. Essentially, you’re starting from scratch. But with a simple formula and basic understanding of how fly rods, reels, and lines function together, you’ll be able to pick the perfect set up.

What Fish Are You Going to Target?

First and foremost, you need to determine what species you’re going to fish for with your fly rod most often. It’s not uncommon for people to tell me, “I’ll mostly be trout fishing, but sometimes I might chase pike or striped bass.” The issue here is that while a standard-size spinning rod might be fine for all three of species, you’d need at least two different fly rods to target these species effectively. The part that conventional anglers have a hard time processing is that the fly-rod size and weight is dictated less by the species and more by the size of the flies you’ll be casting. Speaking of…

What Kind of Flies Will You Be Casting?

A 9-foot 5-weight is considered the “middle of the road” fly rod. It’s the most versatile—but only to a certain degree. You can effectively throw trout nymphs and dry flies with this rod. It’ll handle smaller streamers well. However, once you get up to bulky hair bugs for bass or 7-inch pike streamers, a 5-weight simply won’t have the power to turn those flies over. A fly rod and fly line work as a system, and unlike in conventional fishing where the lure’s weight determines how far it will go, delivering a fly effectively boils down to turnover. Turnover means that, while casting, the fly line can fully straighten out during the forward stroke with enough speed and power to “turn over” the fly at the end. If you tried to turn over a heavy streamer with a 5-weight rod and matching 5-weight line, the fly would likely end up plopping down in front of you amid a pile of loose line. Here’s a general breakdown of how fly-rod and fly-line weights correlate to flies and species:

What Fly Reel Should You Get?

Once you’ve determined the correct rod and matching line weight for the species you’ll target most often, you’ll need a reel—and this is where a lot of beginners get tripped up. Of all the components of a fly outfit, reel choice is dictated by the size and fighting ability of a fish. Ask yourself: Do the fish I intend to hook have the speed and strength to rip off a mile of line as they run? When I catch them on conventional gear, do they engage the reel’s drag? If you answered no to either, then you don’t need to spend very much money on a reel. The truth is, for most freshwater applications, a fly reel is nothing but a line holder. With small species, you’ll end up line-stripping them in by hand more often than using the reel to land them.

If, on the other hand, you’ve determined that your first fly rod needs to be an 8-weight because you’ll mainly be targeting stripers, false albacore, or giant pike, then it’s worth investing in a fly reel with a quality drag system, because those species might just take you into the backing while that reel is screaming.

How Much Should You Spend on Your First Fly Rod?

In my opinion, if you’re new to fly casting, you’re not going to be capable of appreciating what a $1,000 fly rod can do compared to a $150 rod. And if you think jumping right to the most expensive rod will make you a better caster faster than with a cheap rod, think again.

What I tell people to do is figure out their budget and pick a rod based on aesthetics or simple brand recognition. In other words, don’t overthink it. Nowadays, there’s a fly rod to fit any budget (which wasn’t always the case), and there’s really no such thing as a “bad” or “wrong” beginner rod. New start-up rod companies seem to pop up all the time, and while the quality of the blanks and components might not be as good as a high-end Orvis or Sage, the actions and tapers deliver a fly and fly line much better than budget rods of the past. The rod will make very little difference in terms of learning to cast, because your body mechanics matter more. And once you’ve got the casting down and decide this whole fly-fishing thing is for you, you’ll appreciate an upgraded stick much more.