With the innovative new Ventum, Hoyt is making a major play for the best new flagship bow of 2021 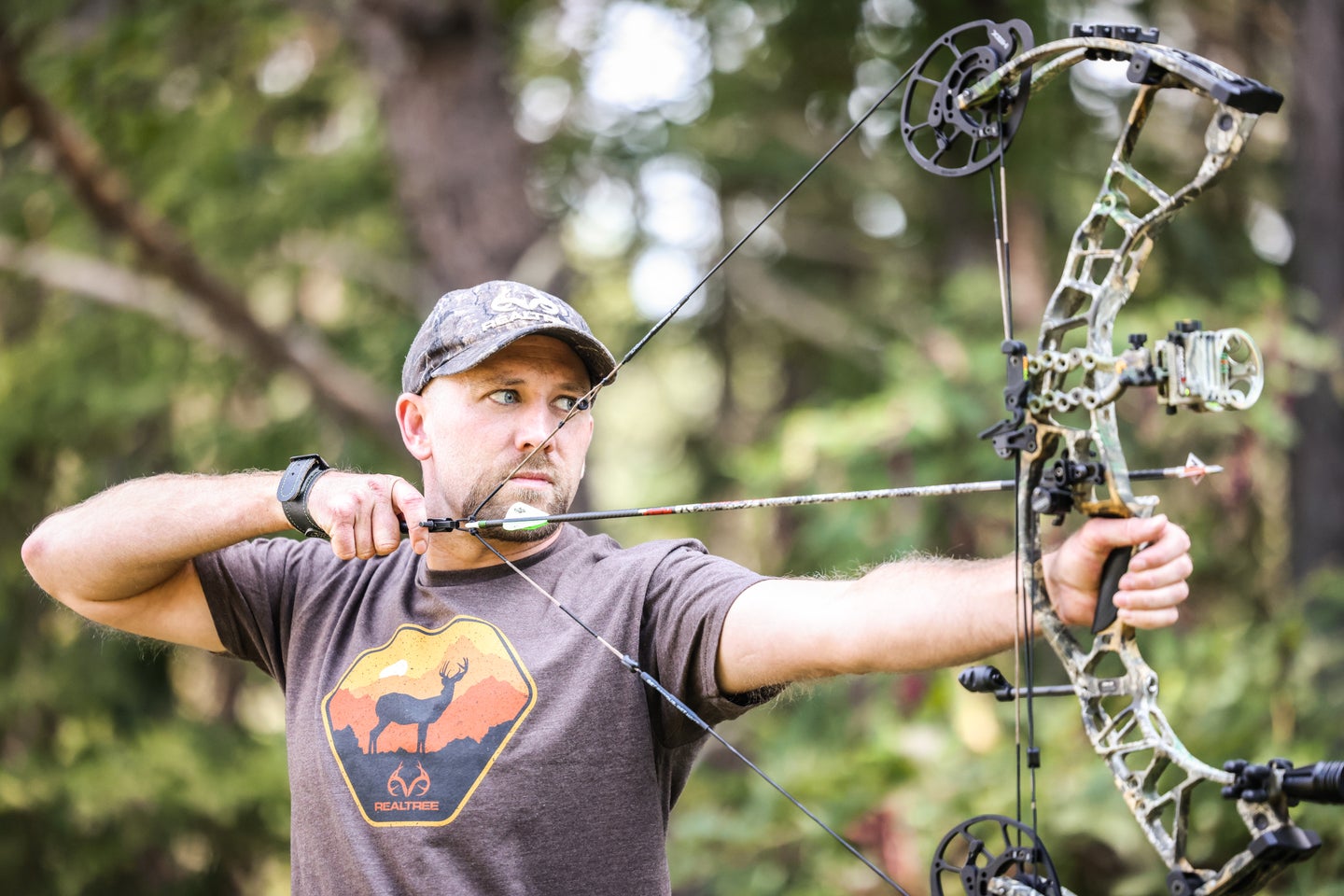 If you’re a skip-to-the-end sort of reader, I’ll save you the trouble: The Ventum 30 is the best bow Hoyt’s made in years. Not that they’ve made any bad ones, but for the past several years, new Hoyts have been a bit on the status-quo side, at least compared to the competition. Our flagship bow test put them in fourth, fifth, or sixth place—squarely middle of the pack—during each of the past five years.

Due to a perfect storm of challenges, we weren’t able to hold our usual bow test this past spring (but not to worry; we’ve got something better in the works for next year). That’s unfortunate, because there were some damn good bows made in 2021. I’ve been able to shoot a few of them, and the Ventum 30 is so far one of my favorites.

Hoyt has been using various iterations of their cam-and-a-half system for years, and that system’s cam geometry has changed along the way, resulting in some bows that have been faster than others, some that have been smoother to draw, and some that have been easier to adjust. But with a new binary system and HBX cam, the Ventum is a big departure from previous Hoyts.

Some of you, perhaps like me, are not engineers and can get confused by the differences between cam-and-a-half and binary systems. The easiest way to visually distinguish between them is by the split cable that cam-and-a-half bows had on the top limb. Binary systems, like the one on the Ventum, but also on plenty of other competitors’ bows (Bowtech made it famous), connect the cables to both cams. “Slaving” them together is the industry terminology, and it keeps the cams in sync, even when the string stretches a bit.

Cam-and-a-half bows were “yoke tuned” by adding twists to the split bus cable on either side of the limb, to impart cam lean one way or the other. But there are no yokes, or split cables, on the Ventum’s binary-cam system. Some of the newest bows from brands like Bowtech and Elite—again, with binary systems—have intuitive, built-in tuning systems that allow users to adjust cam lean at home with a few hex wrenches and no bow press. Ventum shooters will still need a press, though, along with spacers, to adjust cam positioning on the axle. That’s a level of tuning best left to a pro shop for most shooters—but most shooters should probably leave the business of adjusting cam lean to pro shops anyway. I know I prefer to.

Older Hoyts have stumbled the most in the noise and vibration portions of our bow test. Again, I’m not an engineer, but having tested and hunted with scores of different bow models, riser design and sound-dampening systems stick out to me as the most obvious differences in quiet, dead-in-the-hand bows and louder bows that that “kick.”

When you’re talking about differences in hunting bows, it’s important to put things into perspective. The hardest-kicking bow I’ve ever shot still had way less recoil than, say, a .38 Special wadcutter load out of a heavy revolver. And as modern compounds go, I don’t think the difference in a “loud” bow and a “quiet” bow is enough to make any real difference in the woods. A jittery whitetail can hear either of them in time to jump the string. It’s also important to understand the two categories aren’t mutually exclusive: We’ve had quiet bows that still kicked or jumped in the hand.

Still, less noise doesn’t hurt. And a that’s free of vibration or hand shock is certainly more pleasant to shoot. I did not get to measure the Ventum in a semi-anechoic chamber at Stress Engineering, like we do during our flagship test, but after putting hundreds of arrows through it, I can unequivocally say it’s the softest shooting Hoyt of the past decade. The perceived noise and recoil isn’t much different than a Mathews VXR—which stands to date as one the quietest, most vibration-free bows we’ve ever tested.

You don’t have to study the riser for long to see why. Despite the handy dimensions and classic Hoyt look, this is a substantial bow with a beefy, caged riser and shock-absorption systems (Limb Shox, Shock Pods) built-in. In addition, it comes with a Short Stop 2.25-inch stabilizer pre-mounted, though you could easily swap it out or remove it.

Bare bow weight is 4.6 pounds, but with a 5-pin hunting sight and drop-away rest, plus the stabilizer, mine weighed in at 6.35 pounds. That’s pretty heavy, but not something that bothers me much. I’ve found extremely lightweight bows to be almost universally difficult to shoot—but I’ve never been a fan of extra weights and stabilizers on my hunting bows, either. The Ventum is just about right as-is, for me, but it has mounting options for sidebars so you can balance it to your liking.

The Ventum Is Plenty Fast and Easy to Shoot Accurately

This bow is pretty fast. With a 6-1/8-inch brace height, Hoyt advertises a 342 fps ATA rating, but that’s when set to 70 pounds and 30 inches, with a 350-grain arrow and so on. I set up my test bow to my own hunting specifications: 28-inch draw length and 60 pounds, shooting a 476-grain finished Carbon Express Maxima Red. I averaged 248 fps with that on my chronograph. Using this calculator to adjust for my specs, it shoots almost exactly to advertised speeds, if not a tad faster.

Now for the draw cycle: If demanding were on the right of the spectrum and smooth were on the left, I’d call the Ventum 30 just right of center. The back wall is as solid as any I’ve felt on a Hoyt. The let-off is adjustable—80 or 85%—and set at 85, the valley is generous, without it being too difficult to lower the bow. In a hunting situation, I personally think ease of lowering a bow in the tree is just as important as the ease of holding at full draw. All of that, paired with a new grip design, has helped me shoot this particular bow very well.

The Ventum comes with a dovetailed riser for mounting rests such as the QAD Integrate—a feature that I expect to become ever more standard on bows and rests alike—as well as an optional picatinny rail system for sights like the HHA Tetra Hoyt edition. Standard bolt-on accessories work, too—that’s what I have on my bow at the moment.

At $1,199, the Ventum 30 is about $100 more than much (but not all) of the competition. Still, bowhunters are a brand-loyal bunch—and as the Hoyt brand goes, I’d have to think back quite a few years, maybe to the 2012 Spyder line, to remember a model that I liked as much as this one. I think the Ventum will be a real game-changer for Hoyt, and so far it’s one of the best new bows of 2021 that I’ve shot.