The Hottest New Broadheads at the 2023 ATA Show

Want to see the bleeding edge in broadhead design? Here's our first look at the newest offerings for bow and crossbow hunters alike 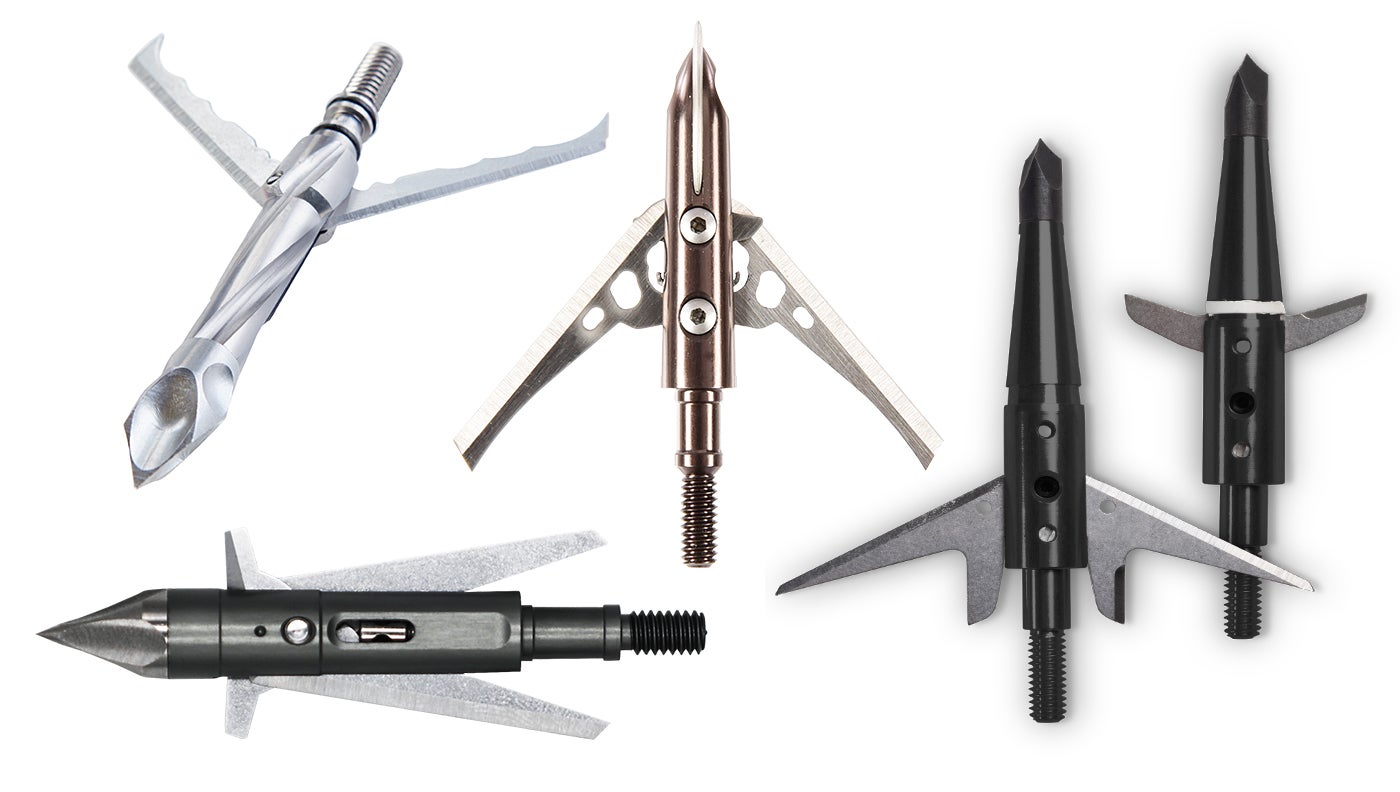 Today is Day 1 of the Archery Trade Association (ATA) Show in Indianapolis, where hundred of manufacturers will be showing off the latest compound bows, crossbows, sights, rests, arrows, releases, and on and on. But when it comes right down to it, every opportunity you get to put a tag on a buck or a bull in 2023 is going to come down to your broadhead. So let’s start there.

If ever you want to start an argument with your bowhunting buddies, just bring up broadhead choice. Everyone has an opinion—like fixed blade vs. mechanical—and it’s almost always based on how a given head has performed for a given buddy rather than on any hard data. That’s okay to a degree.. It’s important to have a broadhead you trust. On the other hand, it’s smart to stay openminded—and ready to adopt something even better when it comes along.

Again, all the prep and hard work you do to get within bow range of a trophy animal rides on the business end of our arrows and bolts. So if a new head offers any advantage, even if it’s only a little more reliable or accurate, it’s worth switching up. And at the ATA show, right now, a whole crop of new broadheads is on display. Which one could be a game-changing upgrade from your current favorite? To help you find out, here’s our first look at the hottest new broadheads for 2023.

Related: The Best Broadheads of 2022, Tested and Reviewed

Ramcat’s Hemoshock and Hemoshock DP mechanical broadheads still boast the company’s marque Air Foil Technology, in which hollowed-out surfaces on the tip push air away from the head to mitigate wind planing for better accuracy. For 2023, Ramcat has upgraded both of these heads by adding Firenock Aero Centric Technology (F.A.C.T.), a double-O-ring system on the treaded shank designed to eliminate any slop in the arrow-to-head connection and ensure perfectly alignment. According to the company, the Air Foil and F.A.C.T. technologies work together to create even better downrange accuracy and harder-hitting impacts. Both the Hemoshock and Hemoshock DP have a 2-3/4-inch expandable cutting surface, though the DP is designed specifically for deep penetration no matter what draw weight you pull or how much kinetic energy your setup produces. The regular Hemoshock is available now, and the DP will be available in May.

Rage unveiled their NC (No Collar) Technology a few years back, and it has proved so popular and effective that, for 2023, the company is adding it to a trio time-tested Rage heads: the 2-Blade, 2-Blade Chisel-Tip, and Crossbow X. The NC tech uses finger-like tabs on the blades’ pivot point to hold the blades in place while in the closed position, totally eliminating the need for a collar. Now, Rage fans can sling these classic heads without having to worry about a clip or collar. NC Technology works even if you’re shooting a high-speed bow or crossbow, preventing the blades from deploying until the head makes impact.

Anyone who’s punched Swhacker’s original #202 expandable broadhead through a critter knows how effective the head is. Well, if it’s not broken, don’t fix it; make it better. For 2023, Swhacker took its #202, refined it, and created the all-new #282 Hank Parker Signature Series head. Named for Swhacker pro and legendary outdoorsman Hank Parker, the new #282 uses Blade-Lock Technology, which allows shooters to practice with the same broadhead they hunt with via a Blade-Lock set screw. Then, when it’s time to go from the range to the woods, remove the screw, and the blades on this 125-grain broadhead are ready to make a 2.25-inch hole.

Slick Trick’s new Torch broadhead has a titanium Silver Tip and surgical-grade, single-bevel expanding blades designed for durability, a wide 2-inch cut, and, according to the company, exceptional accuracy at yardages near and far. Fitted with a double-faceted internal Deadbolt Depolyment mechanism, the new Torch needs no O-rings, clips, or collars, which means no chance of in-flight or in-the-quiver deployment. A slim ferrule combined with the Silver Tip are meant to add both precision and penetration.

The new SharpShooter 200 from Wasp is a tough-as-nails 200-grain head well-suited for both traditional and compound shooters. A single (right-hand) bevel is meant to increase kinetic energy, which should in turn leads to great penetration and short blood trails. Bowhunters after big, thick, heavy-boned game need to give these F.O.C.-boosters a go.

At first glance, this unusual-looking expandable head looks pretty flimsy—like a pair of miniature scissors held together by a rubber band. But looks can be deceiving, and according to the people I know who’ve shot the new Fire N The Hole’s Slang Blade, they are in this case. The Slang Blade’s cut-on-contact blades deploy the moment the head starts passing through the animal, slicing through vital organs and arteries with vigor. Field tests I’ve seen have proved entry wounds on live critters are around 1 inch, but the reverse scissor design causes exit wounds as big as 4 inches. In the closed position, the blade design directs air to pass over one beveled edge and under the other to create rotation, which leads to pinpoint accuracy. Both compound and crossbow models are available.

Trophy Taker’s original Shuttle T-LOK has been a huge hit with bowhunters, and now the company has upgraded that time-tested head and dubbed it the Shuttle T-LOK Maverick. A souped-up version of the original, the Maverick adds a fourth blade for increased cutting surface and stealth. The Maverick has a cutting diameter of 1-3/16 inches and an overall cutting surface of over 3 inches.

Okay, this isn’t a broadhead, obviously, but this new field point is well worth a look. Bowhunters need to take a lesson from the rifle crowd, and that lesson is shooting field points designed for better ballistics. Easton’s Match Grade Field Points are just that. Like the popular Berger Hybrid bullet, these field points feature a tangent ogive shape to ensure maximum downrange accuracy. After giving them a go, I can attest that if your bow is tuned, these points will hit right with just about any top-tier expandable head. The Match Grade points comes in 8-32 threads in five popular diameters to ensure a perfect point-to-insert-to-shaft bond. Points are available in 100- and 125-grain models, and the 11/32-diameter point also comes in a 150-grain model.