How to Be a Lights-Out Bow Shot All Season Long

Don't stop practicing with your bow just because you've started hunting hard. Here's how to stay sharp from opening day through season's end 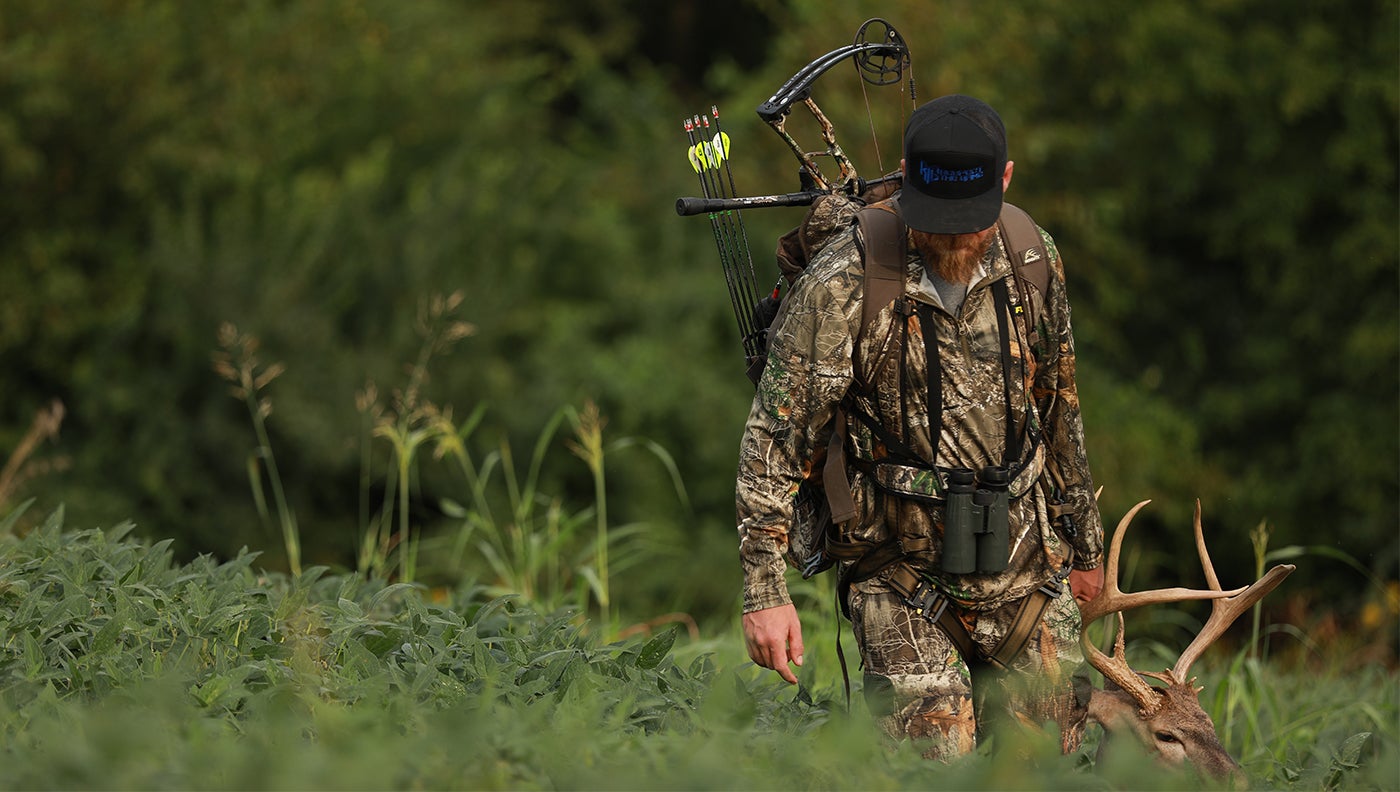 If you keep practicing during the season, it will pay off when the moment of truth comes. Elite Archery
SHARE

Bow Bootcamp is a 10-part series designed to get you, your equipment, and your skills in peak shape for fall. That means gear checks, accessory tweaks, precision bow tuning, and shooting drills to get you totally dialed in. This final installment explains how maintain all the skills and muscle memory you’ve developed so that when your opportunity comes, you’ll be ready. (If you missed any previous installments, check them out here: Part 1, Part 2, Part 3, Part 4, Part 5, Part 6, Part 7, Part 8, and Part 9.)

You’ve built your arrows, tuned your bow to perfection, dialed in your broadheads, and developed a consistent shot process and practice routine, and now that bow seasons are opening all across the country, you’re hard work will pay of with backstraps and some headgear for the wall. That is, as long as don’t stop now.

Once hunting seasons starts, it’s all too easy to leave the practice range behind and just focus on the chase. During the preseason, there’s plenty of time to squeeze in practice sessions; the days are longer, and you’re not hunting. But once you start trying to spend every free moment in the woods, with work and family in between, it can be hard to find the time to send a few shafts downrange. However difficult, though, you have to make the time.

You’ve gone to the trouble to develop some good muscle memory, which is great, but you can lose it quickly if you don’t keep shooting. To stay sharp, you need to practice at least three days a week during hunting season. More is better, but three days will keep those muscles tuned and your confidence up. Here are some ideas to help you stay in prime shooting shape all season long.

Sneak In a Few Weekday Groups

As fall progresses and it gets dark earlier by the day, one of the biggest challenges is fitting bow practice into a work day. This is where you just have to prioritize your practice and find a way to get it done. Wake up a little earlier a couple days a week to shoot. Or, if you work close to home, drive there on your lunch break and shoot while wolfing down some grub. These weekday sessions don’t have to take long. Just try to shoot several good three-shot groups at a variety of ranges. You can save your longer sessions for the weekend.

If shooting at home during the day isn’t an option, maybe there’s a bow shop near the office where you can pop in and shoot a bit during a work break or just after work. Or you may be able to shoot indoors at home after work. I have a small 15-yard bow-shooting range in my basement, and I know several buddies that go out to their garage, barn, shed, whatever, and shoot. (One note here: When shooting inside, make safety your top priority. I have a gate to my basement that locks, and there’s are two signs that read: “STOP! DAD IS SHOOTING!”)

Maybe all you can manage during the week is a handful of groups at short range. That’s okay. Do it anyway. It’s enough to maintain your muscle memory and build confidence. In terms of process, the shot you make at 40 or 50 yards is the same shot you make at 15 yards. Focus on flawless execution. A handful of perfectly executed shots are a million times better than dozens of half-hearted shots.

Of course, if you can do more during the week, great. One of the very few upsides to the pandemic is that a lot more of us work from home, which should make easier to get out and practice. Just turn off the camera and mute yourself during the Zoom meeting.

When the work week is over, should have plenty of time to practice—except the weekend is probably when you hunt, right? Well, don’t worry, you can easily do both if you develop a simple habit of shooting a few groups before and after each outing, right in the field. Whether you’re going for a morning hunt, afternoon sit, or an extended trip, toss a target in your truck or camper.

Leave just a little early for your afternoon hunts, and when you get there, shoot a few groups near the truck before heading out. If you’re on a morning hunt, enjoy and good luck, but when you get back to your truck or camp, grab your target, set it out, and have an in-the-field practice session. These are my favorites because I’m shooting in the same terrain I’m hunting in, and I can practice as long as I like. On extended trips when you’re hunting the mornings and evenings, take a break at midday and shoot. If you’ve got some buddies along, shoot together; maybe make it interesting with a quick contest of a friendly wager.

On a heat-plagued elk hunt last week, when the animals were laid up most of the day, I spent hours from base camp sending arrow after arrow from distances between 20 yards and 100 yards, building confidence for when the weather cools a bit and I go back. The point is, there are always times during the season when you can shoot. Don’t skip the opportunity. All the best bowhunters I know keep practicing all through the fall. Cameron Hanes takes time every day during the season to shoot at least one arrow, even when on a hunt. Mark Drury launches several arrows—many in his truck’s headlights—before hitting the whitetail woods. And on a recent trip, one of my mentors, Yahsti Perkinskiller, paid extra money to have a target flown into his Alaska moose camp, because he knows that to be at his best at the moment of truth, he needs to see arrows hitting the spot where his pin is floating—every day.

You get the point. You did the hard work to get this far, now it’s about maintaining. Make a it a priority to practice whenever you can during the season, and when your opportunity comes, you’ll put that sharp stick right where it needs to go.