The Long Game: What to Look for in Rifle Bipods and Other Shooting Accessories 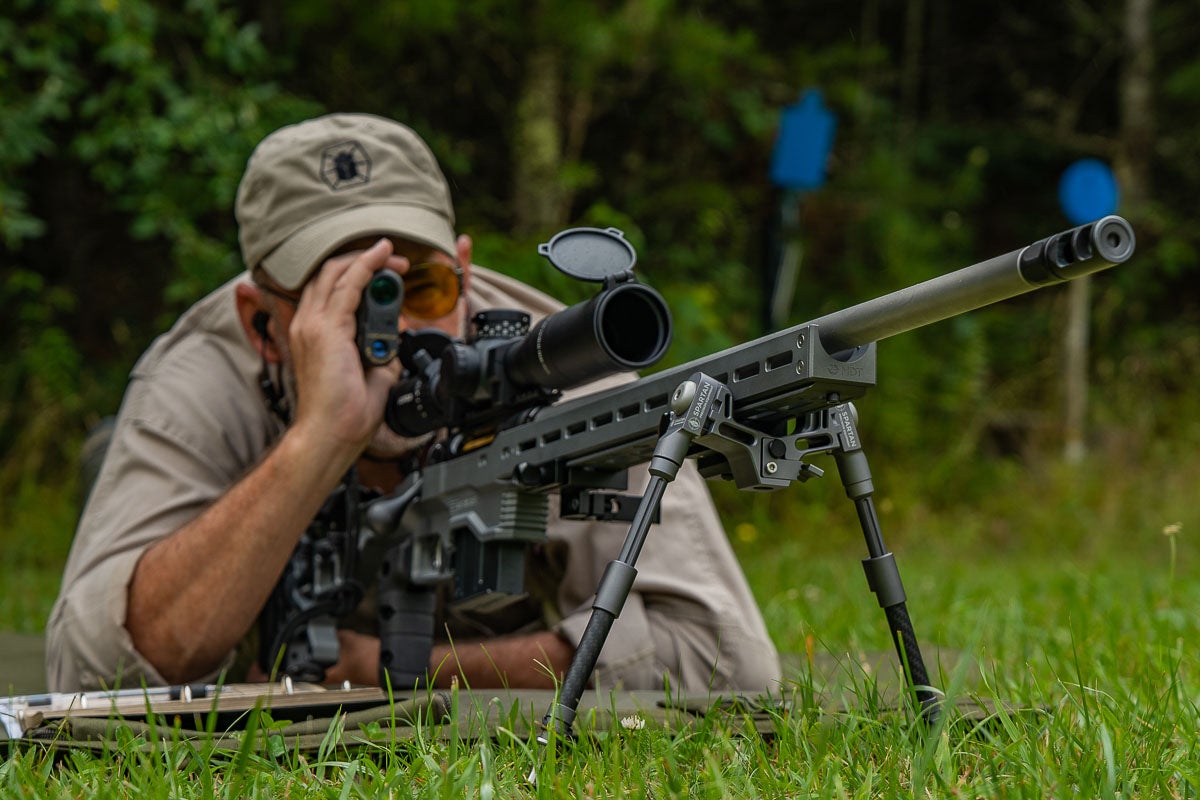 Without a quality bipod, you will not consistently get hits at long range. Richard Mann
SHARE

The Long Game is a new series designed to improve your long-range-shooting skills. This story is the sixth installment.

For the most versatility and best performance when shooting at longer distances, you will need a long range bipod for your rifle. There’s no shortage of bipods on the market, so how do you select the best one for you and your rifle? For starters, if it is flimsy, it is wrong. Avoid any type of bipod that is made mostly from plastics or that could be described as a wobbler. The bipod needs to hold your rifle steady, and it needs to be able to resist—without flexing—the load you will put on it. (We’ll discuss loading the bipod later on in the series.)

The first consideration is height. For most shooters a bipod that offers an adjustable height from about 4 to 10 inches is ideal. From the prone position, few shooters can comfortably use a bipod with a height of less than 4 inches or more than 10. The best bipods also allow for the legs to be adjusted individually, not just in length, but in direction. You may be shooting from an awkward position that could be made more stable if the legs could be slightly angled forward. And in some instances, loading the bipod is easier and can be more consistent if the bipod legs are not vertical but are slightly angled forward and down toward the supporting surface.

The next thing a quality precision bipod will offer is cant; the ability to slightly tilt your rifle from side to side without adjusting the bipod legs. You may in fact be on a slope and need to make one bipod leg longer than the other, but for the precise leveling of the rifle before the shot, it’s much easier if the bipod has a cant feature built in. And optimally, once the correct cant/balance is achieved, the bipod should offer the option of being locked in place.

Bipod attachment deserves some thought as well. For traditional sporting rifles the standard method has been to secure it to the sling swivel stud. This can work but most of the best long-range precision rifles do not even have a foreword sling swivel stud. Some will have M-Lok, Key-Mod, or Picatinny rails, to facilitate bipod attachment. Others, like the Savage 110 Elite Precision even have the ARCA rail—which many consider the gold standard when it comes clipping the rifle into a tripod or attaching a long range bipod—that runs the full length of the forend. And then there are the spigot-type bipod attachments that allow you to quickly remove or attach the bipod.

Bipod prices can range from as low as $100 to more than $500, and as with optics, you often get what you pay for. A cheap bipod might work OK out to 300 yards or so. But it will not help you accurately launch bullets out to 1,000 yards.

A shooting mat is also a must. Regardless of the ground surface, they make a comfortable prone position easier to obtain and provide a clean platform your you and your gear to work from. A small, fist-size support bag is especially important. It is what you will use in your support hand to place under the butt of the rifle and use to help establish the correct natural point of aim for the shots you will take. A rifle-cleaning kit, to include a full-length cleaning rod, should also be considered mandatory and you should also have the necessary kit on hand to clean the lenses on all your optics.

We mentioned a long-range data book in Part 2. This is where you keep a detailed record of every shot fired out of your rifle. You can opt for one of a variety of commercial options or you can create your own using a ring binder or even a small notebook. But it is not worth anything if it remains empty. You must record your work.

With your gun and accessories now assembled, you’re now going to need ammunition, and it must be good ammunition. In Part 7 we will detail how to select and evaluate ammunition quality.