The snake was 23-feet-long 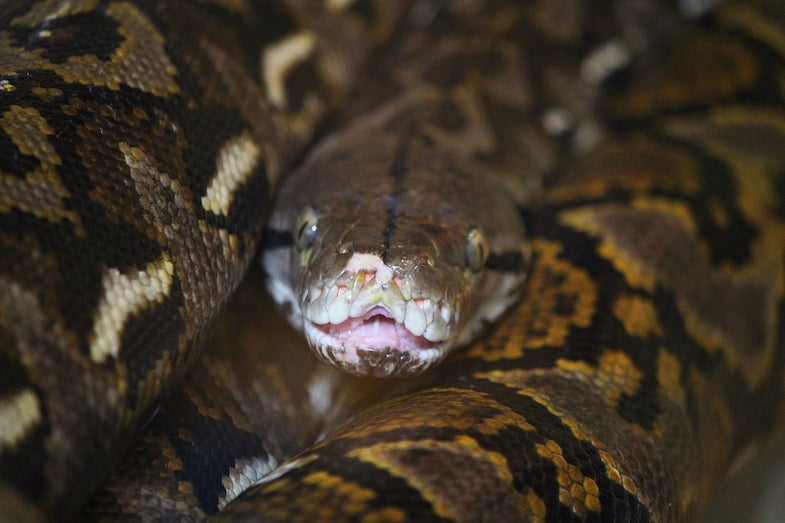 A 23-foot reticulated python killed and ate a plantation worker outside of the Indonesian village of Salubiro, according to The New York Times.

A search party was looking for a missing man and spotted the outline of shoes in a python’s belly. So they caught the snake, killed it, and cut it open. The missing man, who disappeared the day before, was inside. BBC reports the 25-year-old man named Akbar worked at a palm oil plantation. The python wrapped around the man, killing him, then swallowed him whole with its flexible jaws. Snakes don’t chew their food.

Pythons are known to attack humans, but this case is rare because the snake succeeded in swallowing its victim, according to the Times.

“In essence they can go as large as their prey goes,” says Mary-Ruth Low, Wildlife Reserves Singapore conservation and research officer. “The restricting factor is human shoulder blades because they are not collapsible.”

Villagers reported hearing screams the day before the gruesome discovery, but they assumed it was a pig hunter on the prowl.

The rain forest where the attack occurred is rapidly disappearing due to development.

“As humans push further into wildlife, habitat conflict like this is more likely to occur as both humans and wildlife require space,” says Farwiza Farhan, Forest, Nature and Environment of Aceh chairwoman.