It may look odd, but this high-powered pouch puts the classic slingshot to shame 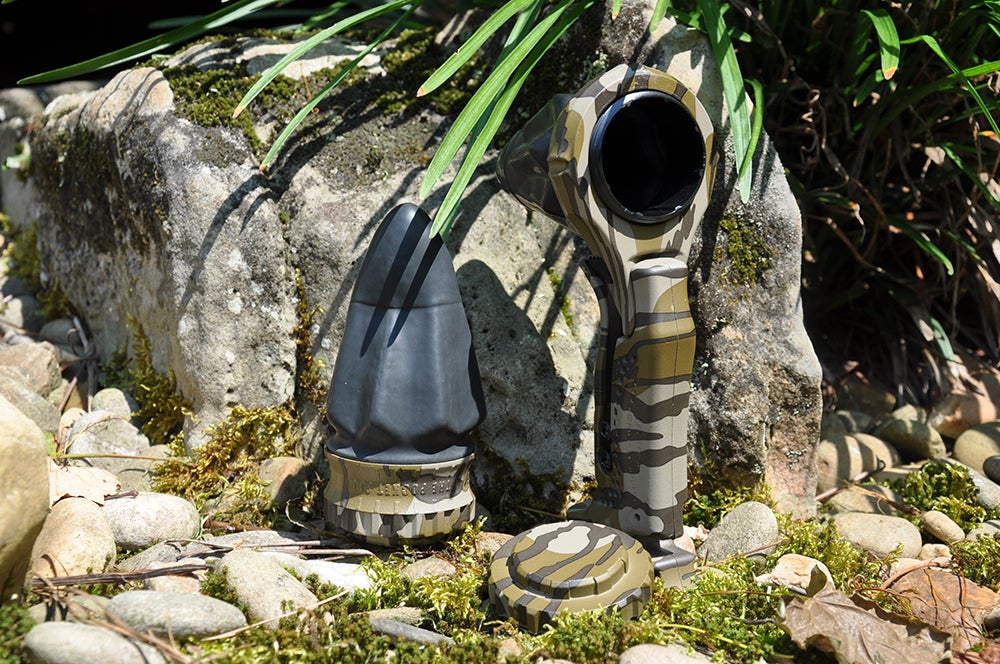 The pocket shot (left) works great on its own, but the addition of the Pocket Hammer (right) makes it much easier to aim and shoot. Michael R. Shea
SHARE

A box from Pocket Shot sat on my desk for months. I opened it when UPS delivered it, but to be frank, the two plastic slingshots and pack ammo didn’t look like much. I moved on without picking it up. Then a couple weeks ago, my aggravated wife dumped our toddler son off in my office. In his no-nap state, he needed to be entertained. I grabbed the box and set up some empty soda cans on the deck.

My first shot with the Pocket Hammer, at about 10 yards, I smoked a Coke can. The boy wasn’t crying now. Second shot: miss. Third shot: hit. Fourth shot: hit, and I was out of cans. My tear-faced kid started clapping. The Pocket Hammer may not look like much, but Holy Smokes is it a shooter.

The Hammer looks like an old-school wrist rocket, without the wrist support, but instead of surgical tubing it has a patented latex pouch. There’s no pinching a projectile inside a piece of leather. Drop ammo into the pouch, draw, and shoot. The company says they can fire steel up to 350 feet per second. I believe them. The bearings I shot punched through every one of my soda cans, and the many more I’ve shot since—out to, and including, 20 yards. You could absolutely use it to hunt small game, if slingshots are legal to use in your state, or silently put down a nuisance critter in a trap out by the trash cans. (Don’t ask me how I know.) To be clear, the Pocket Hammer and smaller Pocket Shot are not toys. My son doesn’t shoot it and won’t for several years. Even a ricochet off a misplaced shot could crack a car windshield.

Shooting these slingshots is much like traditional archery. When I aim, I miss. When I look at the target and get all Zen about it, I tend to hit what I’m looking at. After getting used to it, I’m astonishingly accurate with the Hammer—much more so than I ever remember being with that wrist rocket I toted around in the early ‘90s.

If you want to shoot arrows, Pocket Shot makes an arrow kit, which is basically a whisker biscuit set in the pouch frame, though I haven’t tried it. Pocket Shot sells replacement latex pouches of various weights, plastic practice ammo, and ¼-inch ball bearing ammo, too.

The Pocket Hammer has a grip. The Pocket Shot is just the latex pouch and circular frame. It’s nearly as accurate, but not as comfortable to shoot as the Hammer. Though it lives up to its name: it easily fits inside a pant pocket. Both slingshots come with screw caps, so you can fill the pouch with a couple hundred ball bearings, cap it, and take your shooting to go. When my kids are older, it’ll certainly go camping with us. Then, I’m sure I’ll have to hide it back home. I can only imagine the terror my wild-eyed young’uns could inflict with a slingshot of this caliber.