A Grandfather’s Love in a Vintage L.C. Smith Shotgun

A reader shares the story of an heirloom gun, given to him on his grandpa’s deathbed 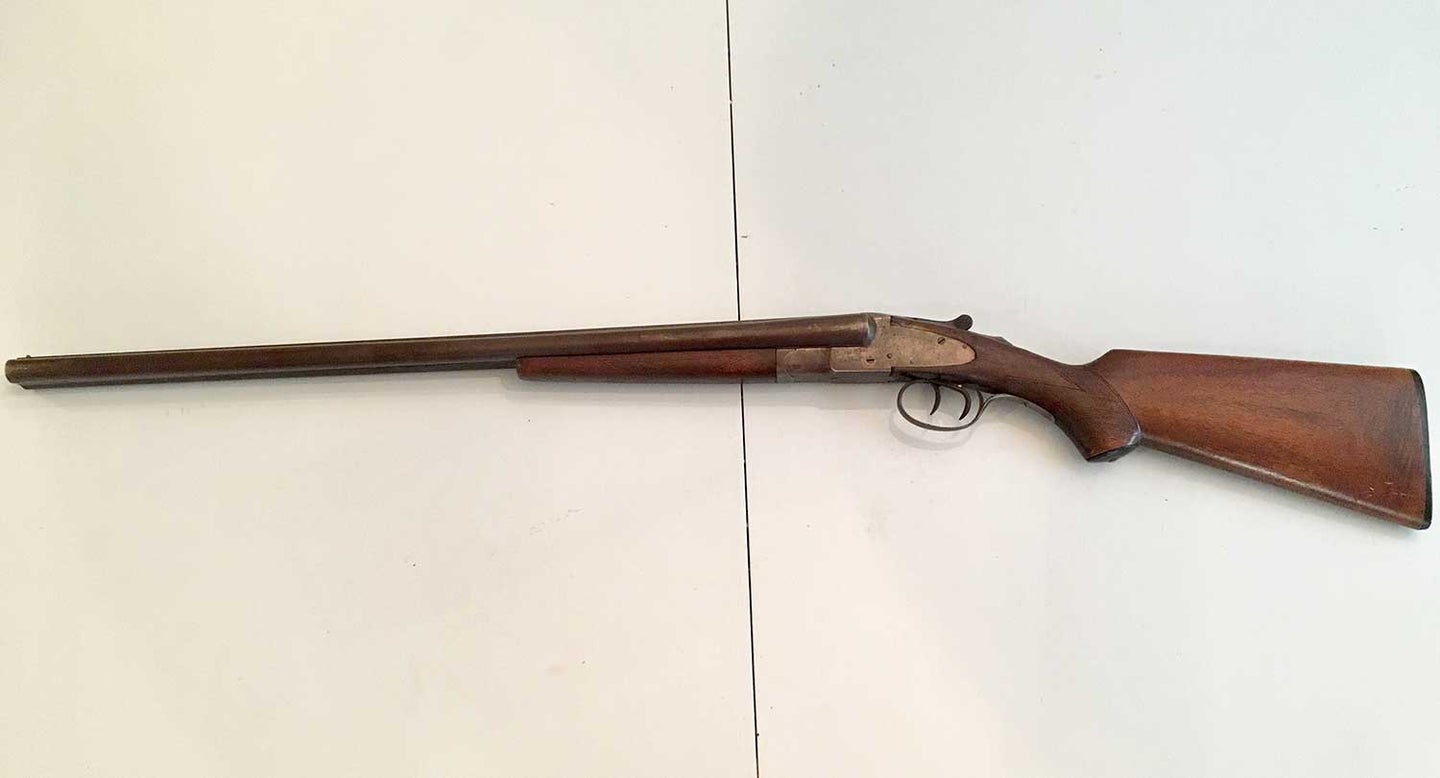 I recently asked a double-gun collector which gun he would pick if he wanted a reasonably priced double to hunt with. “L.C. Smith,” he said without hesitation. “Have the stock glass bedded behind the sideplates where it often cracks, and it will last you forever.”

The gun is a 16-gauge L.C. Smith made, I believe, in 1913. It smells of oil, and has some small nicks and scratches in the wooden stock. My grandfather, Skeet Miller, bought it used at a hardware store in the’50s or ’60s. He shot ducks, dove, and quail with it for years. I still shoot it today, though only rarely because I’m afraid of what could happen to the thing. He would probably prefer if I shot it more.

The gun reminds me of my grandfather the same way that the smell of black coffee and cigarette smoke remind me of him. I remember those smells, and seeing that gun on early fall mornings before the sun had come up. Dressed in my older brother’s hand-me-down camouflage coveralls with a five-gallon bucket in one hand and a single-shot 20-gauge in the other, I would be tromping through a wet peanut field with my grandfather by my side.

My grandfather would coach me to lead doves a bit, and to wait until they were on top of our position before I shot. I would miss with my single shot, and then he would drop one with that old L.C. Smith. He would then thank me and say he thought I winged one of the birds, slowing it up for him to hit. I didn’t believe him but it gave me something to tell my brother when the hunt was over.

I was 8 years old the first time I didn’t miss. We were sitting on a fence row on my grandmother’s farm. There was an oak tree about 20 yards north of us, and a dove lit on one the branches. Taking careful aim, I fired, and the dove toppled over. I threw my gun down barrel first into the plowed earth, and ran to my bird as excited as if I had killed a charging grizzly. My grandfather cheered and bragged on me for a while, and then told me not to throw guns down into the dirt.

In his late 70s, my grandfather had pretty much given up hunting. One day, he called me over to his house and asked me to hang on to the gun for him. He made sure to tell me he wasn’t giving the gun to me, but that I could use it since he wasn’t. I loved it. I felt like a man because my grandfather sure as hell was a man, and that was his gun. I shot ducks with it in a beaver slough behind my parent’s house; quail in the pine woods outside of town; and clays with my friends. The gun came to my shoulder like it paid rent there, and dropped birds as well as any shotgun I had ever used.

Into his early 80s, my grandfather started having health problems. The last time I saw him he was out of it, but he came around long enough to look me in the eye and tell me to keep that shotgun. He died a week later.

My grandfather taught me a lot of things besides shooting birds. He taught me how to play a hand of poker, how to catch a catfish, how to drive through a muddy field, and lots of other things my mother would not care to know about. Above everything else though, my grandfather taught me what it is to love someone. I know he loved me because he took the time to show me the things that were important to him, and to teach me to do those things properly.

A grandfather’s love is what I think about when I look at that old shotgun.