Gun Maintenance: All About Gun Oil, Lube, and Grease

Today’s synthetic lubes are far superior to past gun oils, but you still need to use them judiciously 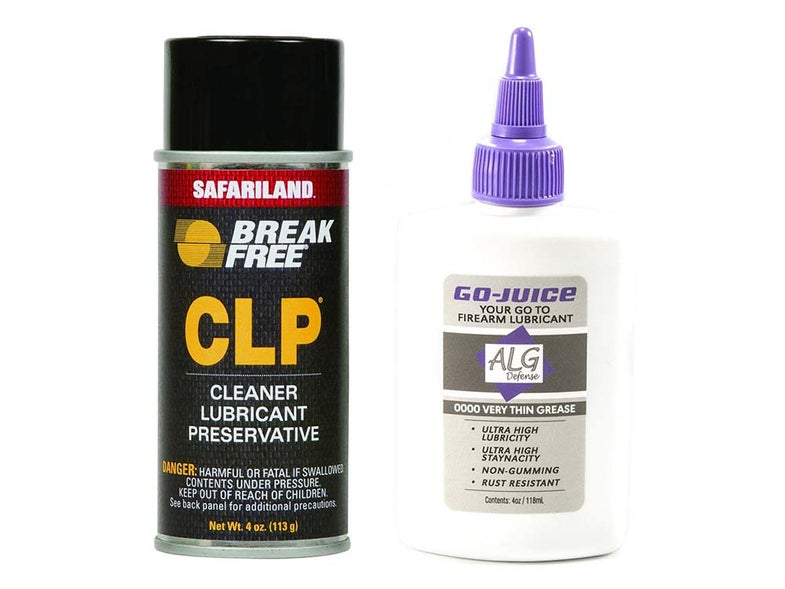 Lest you think from the preceding post that I go blithely squirting oil into my guns, I assure you that the opposite is true. Shooters of my generation were raised with a horror of excess oil. There was good reason for it: In our day, oil was comprised either of rotted dinosaurs or boiled whales. Whale oil was the good stuff. Watchmakers, and others who dealt with delicate machinery, would use nothing else. Best of all was sperm oil, which came from sperm whale heads and was actually a liquid wax. It did not freeze at low temperatures, prevented frostbite if rubbed on the feet, and resisted evaporation. The sperm whales were not happy about having their heads sawed open, but no one asked them.

Stoeger sold Stoegerol, which was soap-based, and could be used for washing your hands, among 30 other claimed uses. Racing cars ran on castor oil, which gave off a distinctive smell.

We all knew that oil on guns was a necessary evil, and that it would eventually betray us. Oil made wood stocks punky. Oil froze in the cold and turned rancid. Oil collected dirt. Oil evaporated. If you were in the service, you found that too much oil on your rifle would result in getting your weekend pass yanked.

So we mistrusted oil. Then, in the 1950s, a company called Anderol produced the first synthetic gun oil. They did not refine rotted dinosaurs or boiled marine mammals. They went into the lab, figured out what oil was supposed to do in a firearm, and cooked up something that did it. I learned about Anderol because I read Field & Stream, and saw that Warren Page used it, and if Lefty used it, that was good enough for me.

Now, there are dozens of gun lubes. (It’s incorrect to call them gun oils, because they ain’t oil.) All are claimed to have miraculous properties, but you still have to be careful.

Despite the fact that the latest lubes do not freeze solid, keep them off your bolt-action’s trigger. Good triggers are made to such close tolerances that anything in their works, even if it gums only slightly, will stop them. The one exception to this is the original Winchester Model 70 trigger which, because of its extreme simplicity, can’t be stopped by anything. Pour Ronsonol lighter fluid on your trigger in copious amounts, and it will thank you by working.

For Powerful Assault Rifles, the opposite is the case. If you shoot your AR dry, it’s going to be one unhappy AR. They like lube, and can swallow quite a bit of it and still function in perfect harmony. Geissele goes so far as to include a little bottle of Go-Juice with its trigger maintenance kits. Go-Juice is classified as a very thin grease. I use it on such diverse devices as my mailbox flag, Model 1911 handguns, a Smith & Wesson Model 41 handgun, and my car’s gas-tank door, which likes to freeze shut but doesn’t if I put Go-Juice on the hinge and release.

As far as grease goes, any part of a firearm that gets a lot of wear is better off with grease than oil. If you see a spot where the bluing has been worn off by metal-to-metal friction, grease it, don’t oil it.

These days, I’m using Break-Free more than anything else. There are two varieties, and I have them both on hand. There’s Break-Free CLP, which stands for “cleaner, lubricant, protectant,” and contains a solvent, and LP, which has no solvent, but is a very pleasing dark honey color. I use the former for cleaning ARs and automatic pistols and the latter for oiling bolt-action rifles.

Break-Free LP is a very good preventer of rust. Take the barreled action out of the stock and slather a good coating on all the steel parts. Let it sit overnight. Then wipe off the excess and put the gun together. I did this with my stainless Ruger Scout Rifle, got it good and wet in a snowstorm, and let it sit untouched in my car overnight. Not a speck of rust.

We can count ourselves fortunate that we no longer have to harpoon sperm whales to lube our guns. Whaling ships were often three or four years at sea. (The record is 11 years; think about that.) They very often never came back at all. Not to mention they were skippered by crazed captains who stomped around the quarterdeck on legs carved from whalebone, muttering about good and evil.