12 Gauge vs 20 Gauge for Hunting Just About Anything

Our shotguns editor sheds some light on the age-old, 12-gauge-vs-20-gauge debate. 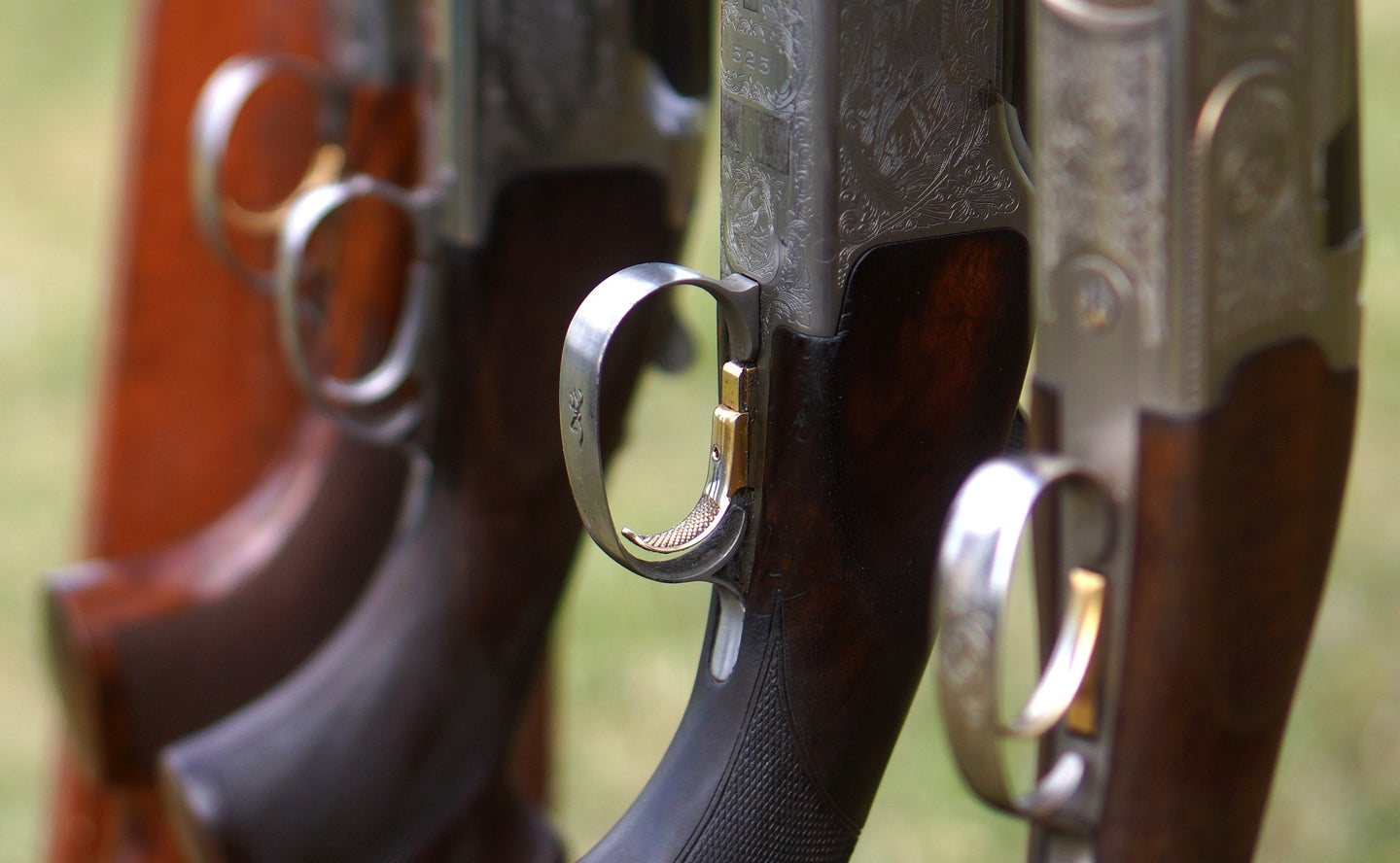 Twelve-gauges and 20-gauges each have their pros and cons. Karsten Madsen from Pixabay
SHARE

One of the first choices you have to make when choosing a shotgun is the gun’s gauge. Shotguns come in 10, 12, 16, 20, and 28 gauges, and in .410 bore. For most people and most purposes, the practical choice often becomes a battle of 12 gauge vs 20 gauge. Twelve and 20 are the two most popular shotgun gauges and offer the widest selection of guns and ammunition. You can find 12-gauge shells anywhere shotgun ammunition is sold and there are more 12-gauge ammo types than there are for any other gauge. There is also a wide range of 20-gauge ammo, and it, too, is easy to find. Both gauges are versatile and suited to a variety of shotgunning chores, and you can find all types of shotguns for different purposes in 12 and 20 gauge. That’s not the case with all shotgun gauges.

Shotguns (with the exception of .410, which is a caliber) are measured by “gauge” which is derived from the number of lead balls of the bore diameter required to make up one pound. You can find a shotgun gauge chart online, but the list below includes all the major shotgun gauges:

The 10 gauge measures .775 of an inch. It’s the largest legal gauge for hunting in the United States and the most powerful. It is primarily used for hunting turkeys and waterfowl.

A 12-gauge shotgun measures .729 of an inch, and is the most popular and versatile gauge around the world. Some 12s can be loaded up to nearly 10 gauge levels.

As a rule, 16-gauge shotguns measure .685 of an inch. It has made a slight comeback lately, but primarily is popular only among a small cult of upland bird hunters.

The 20 gauge measures .615 of an inch and is very popular among hunters and target shooters. It is one of the four gauges used in competitive Skeet shooting.

The 28 gauge measures .550 of an inch. Like the 16, it has a following among upland hunters, and new advancements in 28-gauge ammunition make it suitable for some waterfowl hunting. Twenty-eight gauges are used in Skeet.

The .410 would be a 67 gauge if it was measured like other shotgun gauges. Its very light payload and very light recoil make it popular as a first gun. It is also the smallest and most challenging gauge for Skeet shooting competition.

The Argument for the 12 Gauge

Although the 10 gauge is the biggest legal gauge allowed for hunting in the U.S., 10-gauge guns are heavy and awkward to carry. That leaves the 12 gauge as the biggest practical gauge, and, in truth, it’s the only gauge we need. Twelve-gauge guns and ammunition are extremely versatile. You can load very light loads of small shot in a 12-gauge hull for targets and game birds like doves and quail, and you can load it up with buckshot and slugs for big game, home defense, and law enforcement use.

Twelve-gauge guns come with 2¾-inch, 3-inch, and 3½-inch chambers, and the longer the shell, the more shot and powder it can hold. Also, because the 12-gauge diameter is larger than any other (except the 10) it will shoot the best patterns, putting more pellets from a given load onto the target than smaller bores will.

The Argument for the 20 Gauge

The 20-gauge gun offers versatility, too, although it doesn’t match the 12 in terms of the heaviest payloads of shot it can handle. Twenty gauges do come with either 2¾- or 3-inch chambers. Twenty-gauge guns are slimmer and often lighter than 12s. The size and weight and the perception that they don’t kick as hard as 12s make them popular with smaller-framed and young shooters.

Either gauge may suit you, depending on exactly what you need a shotgun for. Here’s how they compare for various purposes:

Deer can be taken with solid shotgun slugs, or with large buckshot pellets. The 12 gauge has a clear advantage with buckshot because its larger hull holds more of the bulky pellets. In fact, while a 12-gauge hull can hold buckshot as big as 000, 20 gauges are limited to #2 buck and smaller.

The 12 gauge also holds an advantage with full-bore slugs; either the all-lead Foster style or slugs with attached wads for greater stability and accuracy. The larger diameter of the 12-gauge slug creates bigger wounds and better blood trails. With full-bore slugs, the 12 is the best choice, although they generate significantly more recoil than a 20-gauge slug will.

When it comes to sabot slugs, which are bullets smaller than bore diameter encased in a breakaway plastic sleeve and intended for use in fully rifled slug guns, the gap between 12 and 20 narrows enough that the 20 becomes an excellent choice. Twenty-gauge sabot slugs have similar, flat (by low-velocity shotgun slug standards) trajectories, hit hard enough to perform well on deer-sized game, and they have much less recoil in a trimmer, lighter gun than 12-gauge sabots do.

Turkey hunters need to shoot a thick swarm of small shot at their bird in order to score head-and-neck hits for an instant kill. The 12 gauge easily beats the 20 in terms of pellet payload. A 12-gauge with a 3½-inch chamber can hold up to 2¼ ounces of lead shot, while a 3-inch 20 maxes out at 1 5/16 ounces. Even when you shoot 3-inch shells in a 12, the hull holds 1¾ ounces of shot, resulting in much denser patterns than the 3-inch 20 gauge.

While 12 gauges can kill to 50-plus yards with lead shot, they do so at the price of tremendous recoil. Twenty-gauge lead loads can take toms inside 40 yards, and do it in a lighter, slimmer shotgun while delivering a much softer kick to the shooter.

New, premium turkey loads of Tungsten Super Shot (TSS) extend the 20’s range to 12-gauge distances if you want to pay up to $5 per shell. The very dense TSS pellets let you choose shot as small as 9, and payloads up to 1½ ounces in a 20-gauge.

Upland hunters carry their guns far more than they shoot them, and it’s in the uplands where hunters often choose a lightweight 20- over a 12-gauge. And while the 20 is an excellent choice, there are lightweight 12s on the market that combine 12-gauge ballistics with ease of carrying.

A 12-gauge lets you take advantage of loads up to 1 5/8 ounces of #4 shot for late-season pheasants, and 12-gauge shells can be loaded to higher velocities than 20s. At the same time, it’s possible to find 12-gauge shells as light as the lightest 20-gauge ammo for close-cover shooting at quail and woodcock.

That said, a 20-gauge will always be trimmer than a 12, and usually lighter. A 3-inch 20 gauge can shoot loads as heavy as 1¼ ounces at velocities of 1300 feet per second (fps), which is more than enough shell for all but the longest going-away shots at big birds like pheasants. A 20 gauge makes a great choice in an upland shotgun and while 12s do allow you to use heavier payloads, you are rarely under-gunned with a 20. In upland hunting, the question of 12 gauge vs 20 gauge comes down to personal preference.

Although 20-gauge guns are becoming increasingly popular for waterfowl hunting, when it comes to shooting steel shot, a 20 can’t touch a 12-gauge. Steel pellets are light and bulky, and even a 3-inch, 20-gauge hull only holds an ounce of shot, and it can’t accommodate big pellets like BBs that goose hunters often choose. A 12-gauge, on the other hand, can hold payloads up to 1½ ounces of BBs in a 3½-inch hull, and 1¼ ounces in a 3-inch shell. Many hunters prefer high-velocity shells for waterfowl, in the belief that extra speed makes up for the low density of steel. Twelve-gauge shells can be loaded to shoot up to 1600 fps and more. Increasing the velocity of 20-gauge loads to 1550 fps means lowering the payload to just 7/8 ounce. A 20-gauge loaded with steel shot works well at close range over decoys, but for all-around waterfowling with steel, the 12-gauge is best.

Bismuth shot, a popular, costlier alternative material, has superior ballistics to steel, and has the capability to improve 20-gauge performance on ducks and geese. You can choose pellets one size smaller than you would with steel when you shoot bismuth, and because there will be more of the smaller pellets per ounce, you increase pellet count. Although bismuth increases the effectiveness of the 20, they don’t make it the equal of the 12 at longer ranges. And the lighter-weight 20s themselves are harder to swing smoothly when ranges increase.

Twelve-gauge guns dominate target shooting for good reasons: The bigger bore shoots the best patterns; you can shoot heavier payloads for dense, target-breaking shot swarms; and the guns themselves are easier to shoot well. The extra weight of a 12-gauge gun helps it point surely and swing smoothly. Most people will shoot their best scores with a 12 gauge for those reasons. In addition, heavy guns soak up recoil more effectively than lighter guns. You can load a 12 gauge down to 20 gauge levels with 7/8 or even ¾ ounce target loads and shoot in practically recoilless comfort.

However, that is not to say you can’t shoot good scores and enjoy a day at the range if you prefer to shoot a 20 gauge. Many people do, especially for Skeet, which is a fairly close-range game, and for sporting clays. And, there are Skeet and sporting clays events for the 20 gauge, so you can compete on an equal footing with everyone else while enjoying the smaller gun.

You can fit more powder and shot into a 12-gauge shell, so it is the more powerful shotgun shell of the two. That power does come at the price of recoil, though.

Guns chambered for both gauges can have hard or soft recoil depending on what kinds of loads you’re using. For example, a 12-gauge target load will kick less than a 20-gauge 3-inch turkey load. But, in general, a 12-gauge shotgun will kick harder than a 20-gauge when you compare loads being used for the same purpose.

Is a 20-gauge good for duck hunting?

When shooting steel shot, the 12 gauge is better. But with the right load, a 20-gauge shotgun can be good for waterfowl hunting. We suggest using shells loaded with bismuth or tungsten. These shells are more expensive than those loaded with steel, but they will produce better patterns at distance.