The .270 Win. and .308 Win. have taken big-game critters all over the world, but only one can come out on top in this cartridge battle 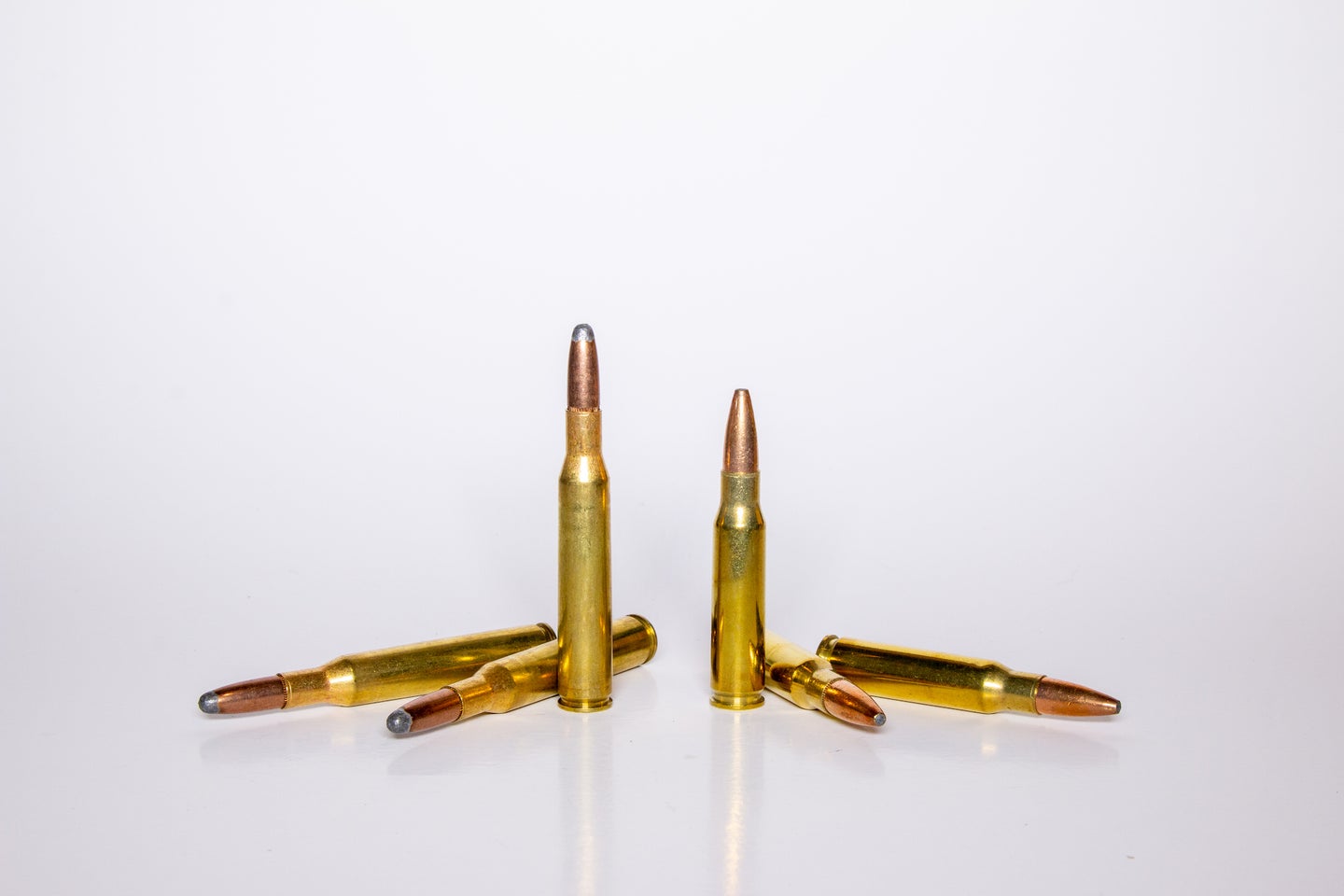 The .270 and .308 Winchester are two of the most popular big game cartridges. Which one is the best?. Richard Mann
SHARE

My first centerfire rifle was a .270 Winchester. It’s the first rifle I learned to handload for and a rifle I shot a lot of deer with. Oddly, as much as I liked the rifle—and as good as the .270 is—I never developed any sort of emotional attachment to the cartridge. I think this was partly because of its popularity, but also partly because Jack O’Connor made it that way. (I was never a big fan of O’Connor.)

I’ve also never been fond of the .308 Winchester, at least not as much as I am of other cartridges like the .223 and .35 Remington. However, by virtue of my vocation and my interest in scout rifles, I have a lot of experience with the .308, too. Neither the .270 or .308 touch my soul or tug on my heartstrings, but they work, and I trust them. When we pit these two cartridges against each other, though, there can only be one winner—so let’s get into it.

This cartridge burst on the scene in 1925 as an offering for Winchester’s new model 54 bolt action rifle. It became popular, quickly, because it shot flatter than the .30/06, recoiled less, and killed critters just as dead. As far as I’m concerned, the .270 Winchester is the best thing the .30/06 has ever given us. (The .270 was based on a .30/06 case.) The Winchester is not the fastest .277-caliber (true 7mm) cartridge available, but it is the most popular. With modern projectiles, it’s best off with a 130- or 140-grain bullet at around 3000 fps. That’ll do for deer, elk, or moose—I shot my first moose with a .270—and most Americans will never shoot a critter larger than those. There are plenty of factory loads available for it, and its only detractor is that it requires a long action.

At one time it was thought that a 150-grain .30-caliber bullet was all that was needed for big game hunting. Why? Because that was the original loading for the .30/06 Springfield. Introduced in 1952 for Winchester’s model 70, their groovy model 88 lever action, and their semi-automatic model 100 rifles, the .308 Winchester became dizzyingly popular in short order. Though, some assumed it could not compete in terms of power when compared to the .270 and .30/06. And the truth is, it can’t, at least on paper. However, unlike humans, animals cannot appreciate the difference in 50 to 150 foot-pounds of kinetic energy. The .308 Winchester offers an extremely balanced relationship of power and recoil. It also provides a flat enough trajectory to take you out to 300 yards and a little beyond without twisting turrets or fancy reticles. If it has a detractor, I’m not aware of it.

So how do these two cartridges stack up or against each other? There are many ways to compare them. We’ll look at the availability of factory ammo, because most hunters do not handload. We’ll also look at killing ability based on experience with these cartridges in the field. We’ll consider precision, which is always important because when hunting, shot placement matters most. And finally, because hunters have been trying to extend the effective range of their rifles since the first rifle went afield, we’ll look at how these cartridges perform at distance, too.

The .270 Winchester vs. .308 Winchester: Ammo Availability

I don’t know how you effectively measure this. Some consider kinetic energy the best measure and others think bullet weight or caliber is a better indicator. What I can do is speak from the experiences I’ve had shooting and witnessing a lot of animals shot with both cartridges. If there’s a difference, I’ve never been able to see it. And I’ll bet a box of the best ammo for either that you can’t look inside an elk or deer shot with a .270 or .308 and determine which cartridge killed which critter. The .308 Winchester will handle heavier bullets, but with today’s modern projectiles, the slower-moving, heavier bullets offer no real advantage over premium mid-weight projectiles. Advantage—neither it’s a tie.

The .270 Winchester vs. .308 Winchester: Accuracy/Precision

I’ve seen .270 Winchester rifles that would shoot lights-out, printing dime-sized groups at 100 yards. But I’ve seen .308 Winchester rifles that’ll do that at double the distance. The consensus is that the .308 Winchester is more inherently accurate than the .270. However, I believe that if a talented rifle builder crafts a rifle for either cartridge, and uses handloaded ammunition tuned to those rifles, you’d have a hard time finding a winner. Still, there’s a reason the .308 Winchester has had a stellar career in precision shooting. The combination of the shorter and stiffer actions it can use, combined with its great efficiency gives the .308 Winchester the edge. This is especially true with factory ammo and factory rifles, so we’ll give the .308 the ribbon here.

How do you determine the effective range of a cartridge? Short of shooting a generation’s worth of critters at different ranges and scientifically examining the results, we must rely on math and some common sense. I feel the best indicator of effective range is the maximum distance at which a bullet fired from a cartridge retains the ability to deform/expand on impact. Though it will vary from load to load, with the .270 Winchester, you can squeak out between 50 to 150 more yards before the impact velocity drops below the bullet’s upset threshold. This is partly because of the .270 Winchester’s faster muzzle velocity and partly because with the same style/weight bullets, .277-caliber bullets will have a higher BC. There’s no way around it, the .270 Winchester has the furthest reach.

Read Next: The .270 Winchester vs. the 7mm Remington Magnum

I think the .270 Winchester is boring and I find the .308 Winchester even more so. You’ll not win any style points around the campfire with either. However, style points don’t kill critters. Geoffrey Wayland, the best African PH I’ve ever hunted with, likes to see hunters show up with .270s or .308s, because he knows these cartridges both work, and that they both don’t kick so hard their owners are afraid to shoot them. Either will do just fine for all non-dangerous game the world over.