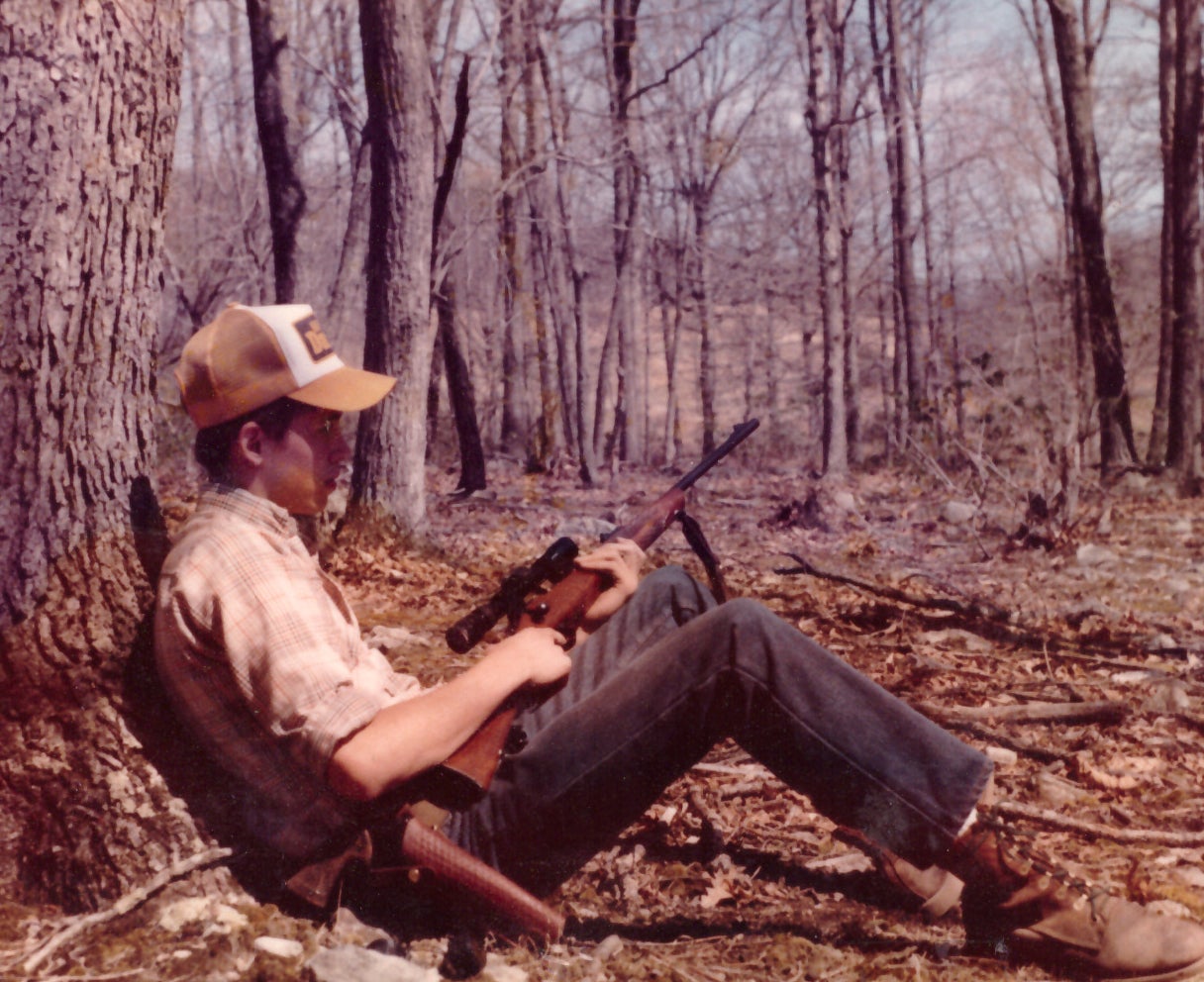 The author, c. 1979, hunts for groundhogs at the edge of a field with his first deer rifle. Richard Mann
SHARE

In 1978, my best friend bought a Remington 700 chambered in 7mm Remington Magnum. It was a fire-breathing dragon, and I had to have something better or just as good. While saving paper-route money I studied ballistics charts, concocted complicated formulas, and determined the .264 Winchester Magnum the cartridge for me. In the winter of my fourteenth year, my father took me to all the local gun shops, but none had a .264. A .270 Winchester was as close as I could get. It was a brand-new Remington 700, and I was $14 short. Dad loaned me the 14 dollars, plus enough for a 2-7X Tasco rifle scope, and I had my first deer rifle.

I spent that summer prowling fields and perched in barn lofts scanning pastures for groundhogs. Yeah, a .270 Winchester is a bit much for whistle pigs. But having been limited to a .22 Magnum, I was amazed at how far I could reach out and whack a groundhog without worry of him scampering down his hole. That 700 would stack 130-grain Remington Bronze-Point bullets on top of each other at 100 yards, and by deer season I’d gone through several boxes.

The only ammunition I had left on opening day was 150-grain Winchester Power Points. I shoved four of them in the rifle and headed out for my first solo deer hunt. After working my way up a ridgeline, I stepped onto an old logging road and several whitetails burst from cover. Instinctively, I shouldered the rifle, found one in the scope, swung through, and touched the trigger. The big doe dropped, piling up under a big hickory tree. I was a deer hunter.

I dragged the deer down into the logging road for field dressing, and as I admired my trophy, I could not find an entry or exit wound. About to panic—thinking I’d only scared the deer to death—I lifted her front leg and found the bullet hole. I’d hit the deer while her leg was stretched out during her run. Relived, I began the bloody work and the mile-long drag back to camp.

That Model 700 accounted for a lot of deer, and groundhogs. It was the rifle I learned to handload with, and I even used it to win an off-hand steel silhouette match.

I traded the rifle for some now forgotten gun—partly because the rifling was getting a little thin, partly because I knew there was a .264 out there somewhere with my name on it. It took me a few years to find that .264, and when I did it was another Model 700. I used it to take my first mule deer.