Carried by Hamilton in the Revolutionary war, these flintlock pistols are among the most valuable historical arms ever sold 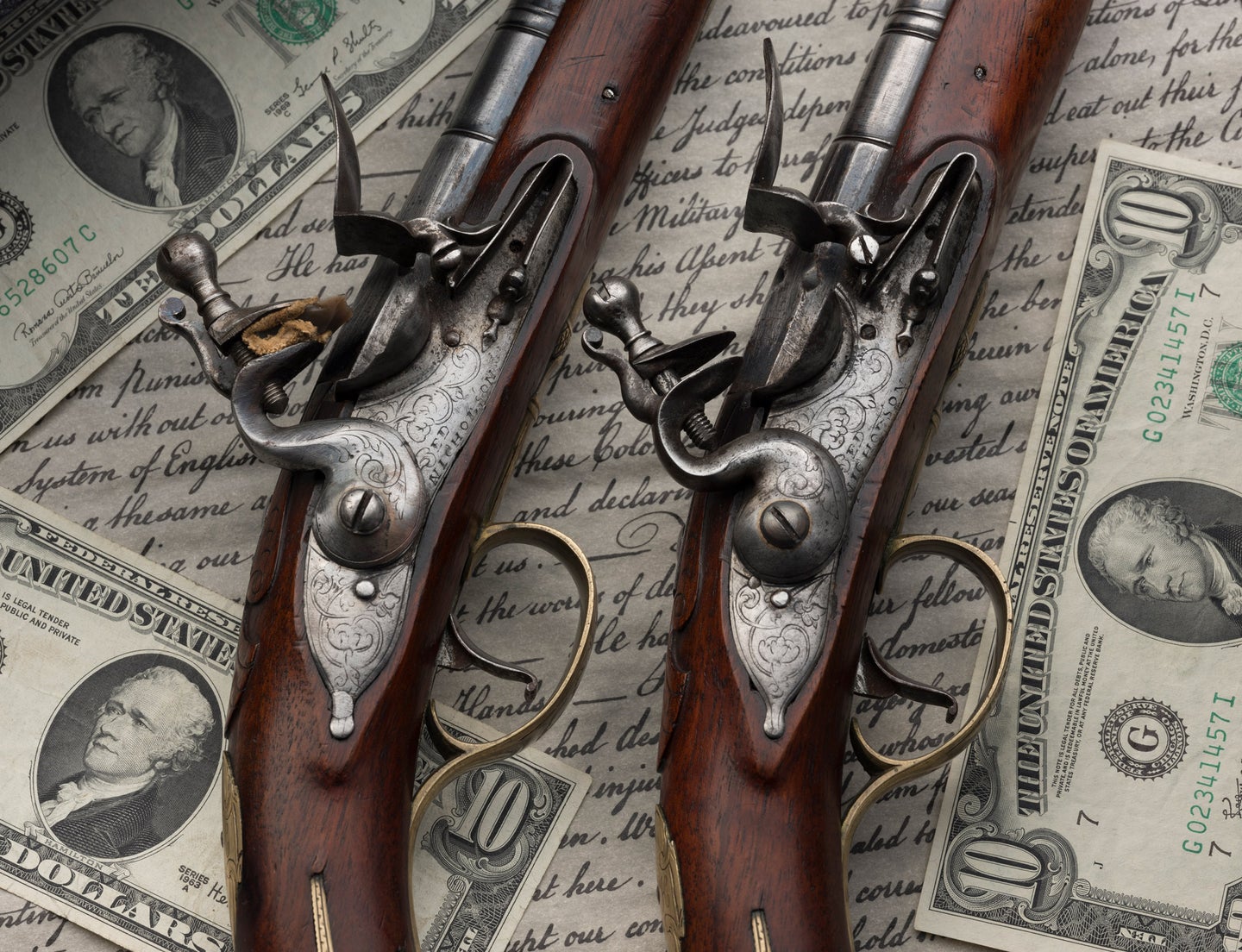 A pair of pistols carried by Alexander Hamilton during the Revolutionary War sold for $1.15 million on May 14 at the Rock Island Auction’s Spring Premier Auction. They are among the most valuable historical arms ever sold.

Hamilton’s father-in-law, General Philip Schuyler, gave him the pair of .58 caliber smoothbore pistols that he had carried himself during the French and Indian War.  Hamilton married Elizabeth Schuyler in 1780, and it’s likely he was given the pistols at that time.

Hamilton served as an aide to George Washington throughout the Revolution. At the decisive battle of Yorktown, he begged for a combat command and was allowed to lead a nighttime assault on one of the British redoubts. Hamilton ordered his men to not to load their muskets to reduce the chance of losing the element of surprise with an accidental discharge. He then led a bayonet attack that carried the enemy works with very light casualties. It’s very likely he carried one or both of the pistols in the assault.

These pistols were not used in the famous duel with Aaron Burr in which Hamilton was killed. Those dueling pistols belonged to Hamilton’s brother-in-law, John Barker Church.  Nevertheless, this pair, which sold along with Hamilton’s epaulettes hold tremendous historical importance. Few significant Revolutionary War artifacts survive in any condition, and these guns are not only in perfect working order, they belonged to Alexander Hamilton, a founding father and subject of a popular recent musical.

The pair’s provenance is fully documented, and the guns stayed in the Hamilton family until 1943. At the Spring Auction the brace sold for a million dollars (the addition of the 15 percent buyer’s premium raised the final amount to $1.15 million) which is not a record, but it puts them near the top of the list of the most valuable historical firearms ever sold. George Washington’s saddle pistols, gifted to him by the Marquis de Lafayette, and later owned by Andrew Jackson, hold the record, having sold for $1,986,000 in 2002. The buyer of the Hamilton pistols remains anonymous, and there is no word that the guns might go on display. The Rock Island Auction Company’s three-day 2021 Spring Premier Auction realized over $30,000,000, making it the biggest firearms auction ever.