Are You Shooting the Best Bullet Weight for Your Defensive Handgun?

Some handgun shooters swear by heavy bullets, others preach less weight and more velocity, and the rest aren't sure. Here's the truth 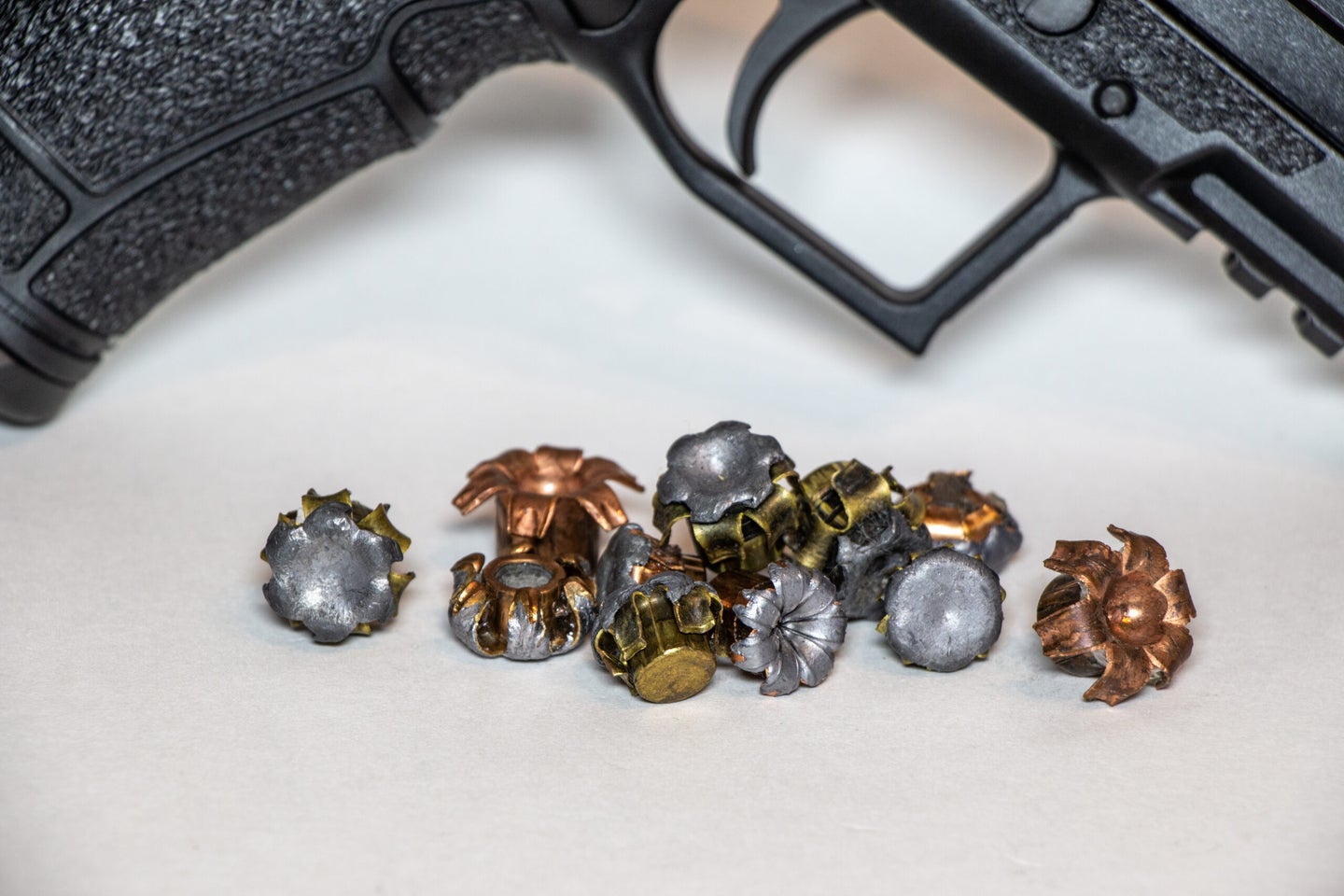 The weight of your bullet affects how your defensive handgun performs. Richard Mann
SHARE

If you’re trying to pick the perfect round for your defensive handgun, don’t forget to factor in bullet weight. It matters. A bullet’s weight affects how hard you gun kicks, and, if you make the wrong choice, can even prevent it from going bang in the first place. Most of all, bullet weight affects terminal performance. So you want to get it right.

Most defensive handgun users fall into one of three camps; those who worship heavy bullets, those who believe in velocity, and those who are not sure what to think. Here’s how to figure out what’s right for you.

Let’s get external ballistics, which in this case mainly boils down to trajectory, out of the way. With defensive handguns, from the muzzle out to about 25 yards, trajectory is not very important. The difference in the trajectory of a 115-grain and a 147-grain 9mm bullet at even 50 yards, for example, is only about half an inch.

Internal ballistics, on the other hand, is moderately important because it determines recoil. How hard your handgun kicks is determined by the weight of the gun, the velocity of the bullet, and weight of the bullet (along with the powder charge). Comparing common 115-grain and 147-grain 9mm loads, the difference in recoil velocity is about 3 percent, and the difference in recoil energy about 5 percent. However, with the 45 Auto and bullet weights from 160 to 230 grains, the differences can be extreme. If you’re sensitive to recoil, lighter bullets generate less of it.

While not necessarily an aspect of internal ballistics, reliability is paramount to a self-defense handgun. Bullet weight can negatively impact reliability, especially with semi-automatics, which are designed to work best with the most common bullet weights for each cartridge. Shooting too light a bullet can keep the gun from functioning properly. Bullet weight can also be a problem in revolvers, particularly when lightweight revolvers are loaded with heavy bullets. Recoil can cause heavy bullets to creep forward in the case and jam a revolver’s cylinder.

Where bullet weight gets the most attention is in relation to terminal performance. There’s a notion that the heavier a bullet is, the harder it will hit. There’s some truth to this, but the increase in impact energy and momentum due to bullet weight is fairly small. This is partly because we’re dealing with small differences in bullet weight, and partly because as bullet weight drops, velocity increases. Velocity is just as important a part of energy on target as is bullet weight.

The most generally accepted form of comparing terminal performance is with penetration and bullet expansion/deformation in ballistic mediums like 10-percent ordnance gelatin. For a bullet to expand/deform, it must achieve a minimum impact velocity. Impact velocity determines the extent to which the bullet will upset, and the remaining weight and shape of the bullet after upset, in conjunction with its remaining velocity, will determine how deep the bullet penetrates. Light-for-caliber bullets go faster and have a better track record of expansion from all barrel lengths. Heavy-for-caliber bullets can fail to expand when fired from extremely short barrels but tend to penetrate well because they’re heavier.

What’s the Best Bullet Weight Choice for You?

Defensive handgun shooters who favor velocity lean toward the 9mm and it’s lighter low-end bullet weights. Heavy-bullet believers like the .45, for the opposite reason. And the 40 S&W is there for those who can’t decide or don’t have a strong preference. Which is right for you? It depends on what you’re after. If you’re very recoil sensitive or you specifically want massive-but-shallow tissue destruction, you’ll want a lighter bullet. If you’re dead-set on maximum penetration, you’ll want a heavy-for-caliber bullet.

For everyone else who just wants good overall performance and manageable recoil, the middle road way to go, and the good news is that ammo companies have made that an easy path to take: There are mid-weight bullet loads for all defensive cartridges, like 124-grain loads for the 9mm, 165-grain loads for the 40 S&W, and 185 and 200-grain loads for the 45 Auto, all of which are engineered to deliver very similar, and very good terminal performance. This means penetration between 12 and 18 inches and bullet expansion/deformation of about 1.5 times the original bullet diameter. These loads offer a good balance of terminal performance and recoil, along with a high probability of reliable functioning in your handgun.