$4 Million Worth of Rare, Historic, and Classic Guns

What does several million dollars worth of rare guns look like? Stunning. Here is a gallery of the top-selling arms from the Rock Island Action Company's $30 million sale 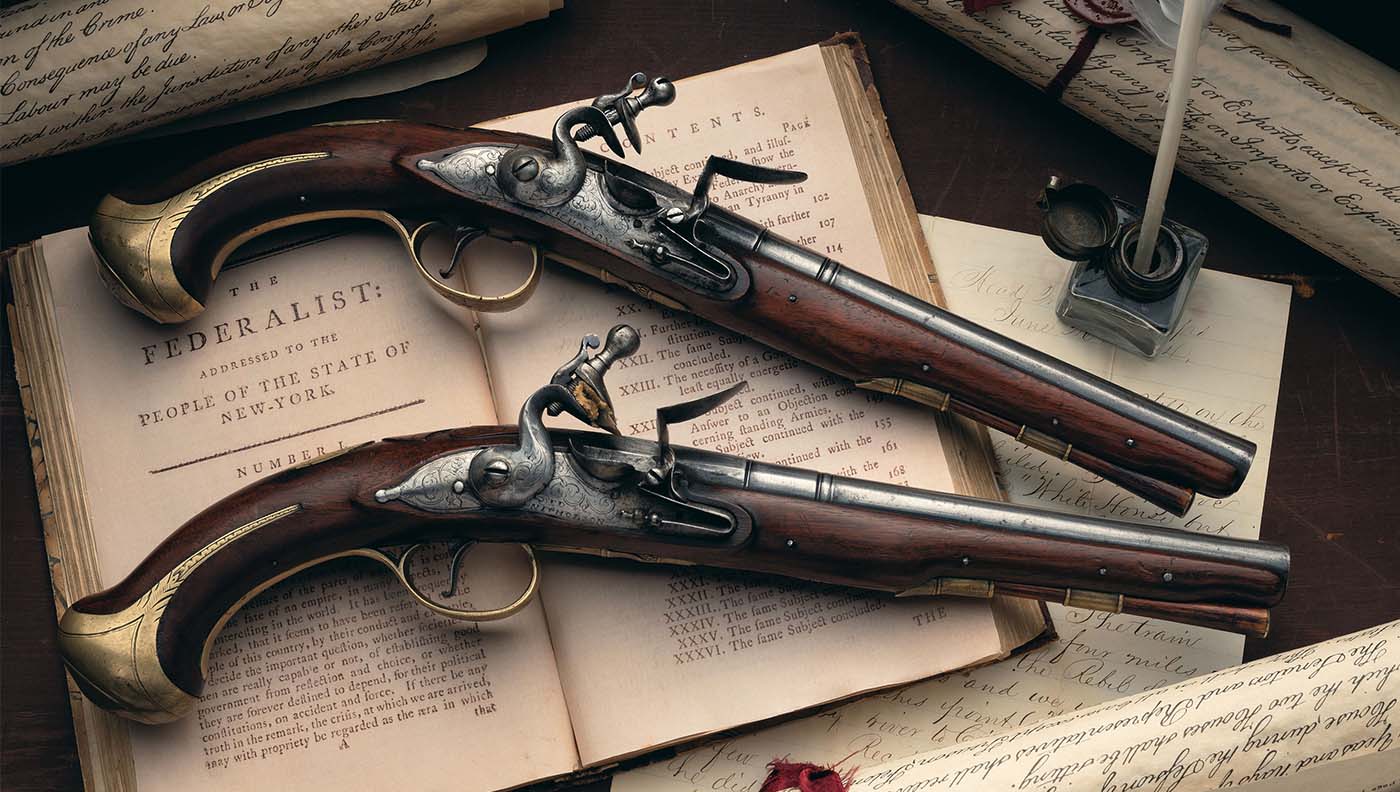 In these times of record-setting gun sales, the Rock Island Auction Company (RIA)  just set not one record, but two in a row. The company’s December 2020 Premier Firearms Auction brought in $22 million. Then, the following Premier Auction, in mid-May of 2021, bested the old mark, as 2,200 collectible and antique guns sold for a new record of $30 million.

RIA, located on the Illinois side of the Mississippi in the Quad Cities, holds a dozen auctions each year. Of those, the three Premier Auctions stand out as the main events, with troves of fine, historical and one-of-a-kind guns. Walking into the preview room the day before the sale is like stepping into a museum, except everything is for sale. And, while the high-dollar guns get all the attention, there are deals for regular folks too: A friend snagged one of Tom Knapp’s Benellis for $1,000 at RIA a few years ago.

On the other hand, you can drop $2.3 million at a Premier Auction, as someone did in 2015 when they bought a 15th century Turkish chain-mail shirt that once belonged to the Sultan of Egypt. The auction house’s highest selling gun of all time was the so-called “Danish Sea Captain” revolver, the only known cased Colt Walker, which brought $1,840,000 in 2018.

Although no item at the May 2021 Premier Auction set an individual record, there was no lack of star power among the assembled guns. Alexander Hamilton’s pistols were the top seller, and guns belonging to Bat Masterson and Czar Nicholas II of Russia were in the mix. As always, Colt handguns were well represented. In case you’ve ever wondered what $4,000,000 and change might buy at a gun sale, here are 10 treasures that, together, sold for that amount at the RIA May 2021 Premier Auction.

Alexander Hamilton carried this pair of .58 caliber smoothbore pistols throughout the Revolutionary War and quite likely carried into action at Yorktown. Hamilton, of course, was George Washington’s aide, a founding father, a future treasury secretary, and a future-future subject of a wildly popular musical.

Winchester lever action rifles consistently rank just behind Colt revolvers as the most desirable of collectible American firearms. This Model 1973 in .44 WCF bears a deep-relief game scene engraving by John Ulrich, one of the top firearms engravers of the late 19th century. John and his brother, Conrad, worked primarily for Winchester, although they engraved some Marlin guns as well. This rifle was commissioned as a factory display piece for the 1876 Philadelphia Centennial Exposition and later presented to Marco A. Soto, President of Honduras.

Czar Nicholas II sent his Atlantic and Pacific fleets to winter in New York and San Francisco in 1863 in part to deter France and England from joining sides with the Confederacy. This pair of engraved Remington revolvers was presented to the Czar by the United States in gratitude. Engraved by L.D. Nimschke, another of the 19th century’s best-known engravers, the .44 caliber revolvers bear anchor and anchor chain engraving on the frame and Russian and American eagles on the grips.

Buffalo hunter, veteran of the fight at Adobe Walls, army scout, lawman, gambler, boxing aficionado, and finally, sportswriter, Bat Masterson become one of the most famous gunfighters of the old west. In 1888 he ordered a Colt SAA  revolver with a 5½ barrel and the sights “set higher than usual” in .45 long Colt.

John Browning’s 1911 pistol needs no introduction here. Millions have been made over the years, and one of them had to be the first one. This gun isn’t the first, but it could have been.  One of the first block of 40 pistols to come off the Colt assembly line, it bears serial number 9. In addition, because Colt didn’t begin production of the guns until December 28, this is one of only 51 1911s actually made in 1911.

Designed to be the same size as a Mauser rifle so paratroopers could jump into combat with it, the FG42 offered selective fire from 10 and 20 round 7.92x57mm magazines. Some, like this one, were fitted with a scope to be used as sniper rifles. Not many were made overall, and this is a rare, early Type 1 model made by Krieghoff, a household name among clay shooters.

Eager to break into the handgun market, Winchester hired a pair of former Smith & Wesson employees, William W. Wetmore and Charles S. Wells to design a revolver, which it then debuted with great fanfare at the 1876 Philadelphia Exposition. Various versions were made, including some with then-innovative swing-out cylinders, and some in proprietary cartridges like this one in .40-50. The gun was a failure and only a few were ever built.

The Number 5 Holster Model was the largest of the Colt Paterson revolvers, made from 1836 to 1842. The 5-shot, .36 caliber revolver became famous as the weapon that gave the Texas Rangers an edge in firepower over their Comanche opponents. Only 29 9-inch-barreled Number 5s were made, and only a few of those examples are cased, making this an extremely rare Colt.

Colt revolvers could be custom-ordered as lavishly decorated as your taste and budget allowed. From 1871 to 1921, artisan Cuno Helfricht was Colt’s resident engraving genius. Helfricht embellished the frame of this very rare gold- and nickel-plated, pearl-handled .44-40 Frontier Six Shooter SAA in 1889.

The biggest, most powerful handgun of its day, the Model 1847 Colt Walker fired a .44 caliber bullet with a 60-grain charge of black powder. Those hefty powder charges often led to ruptured cylinders, so not many Walkers survive intact. This fine example, having been sent to Texas for the Mexican-American War, stayed there and was used by a Confederate cavalryman during the Civil War.