Classic Guns: The Original Browning Auto-5 Will Never Go Out of Style 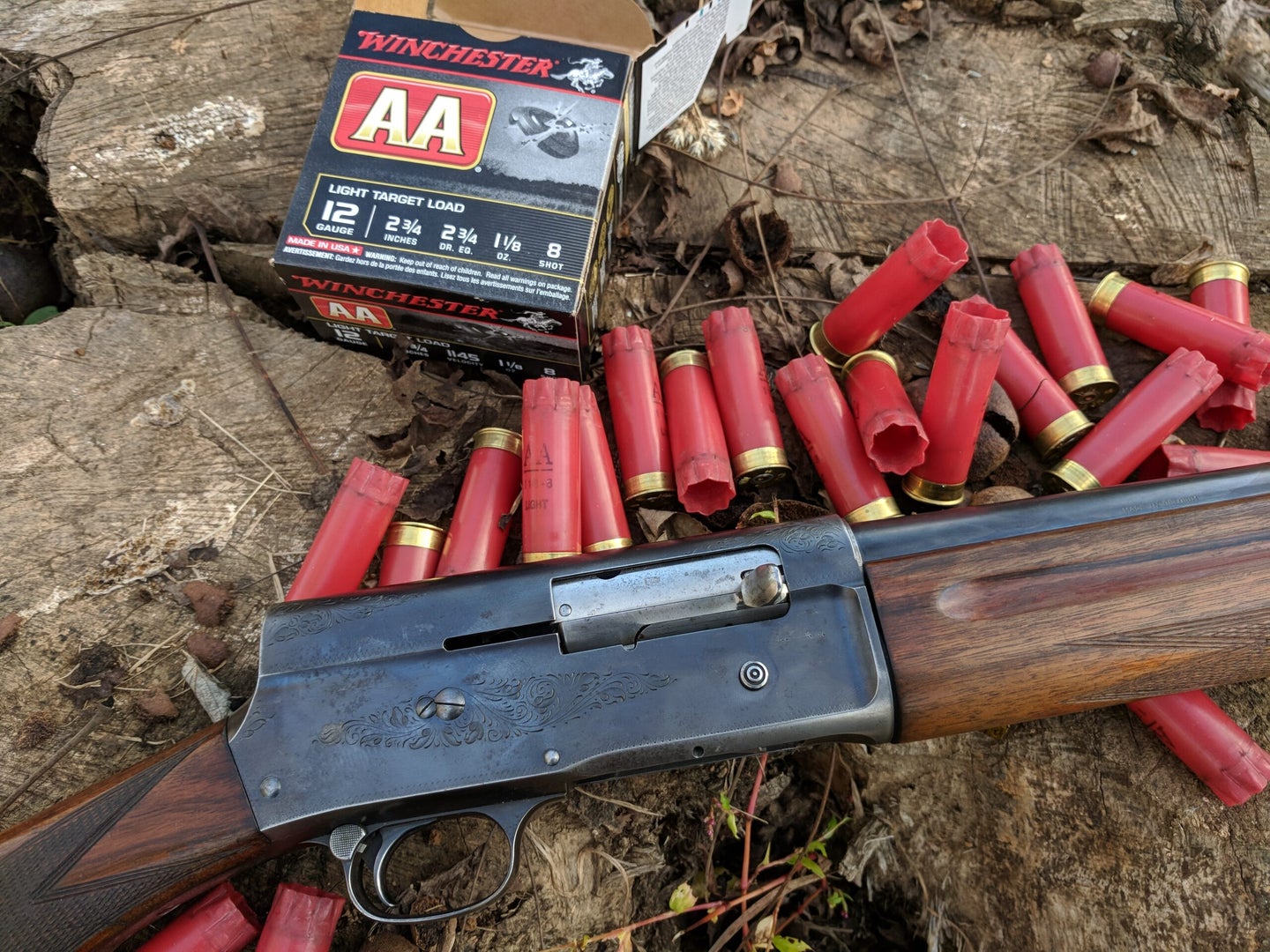 The author's Browning Auto-5 dates from 1955 and has had countless shells put through it over the years. T. Logan Metesh
SHARE

With its humpback receiver design, the Browning Auto-5 (or A5) shotgun is instantly recognizable. In production for more than 90 years, the sales numbers speak for themselves: more than 2.7 million made and sold. Production ceased in 1998, but Browning revived the gun less than a decade ago.

Well, sort of. It looks like an Auto-5; it’s even called the A5. Beyond that, though, even Browning acknowledges that the 21st century version is altogether different: “You may notice a family resemblance, but let’s get one thing straight, this ain’t your Grandpa’s Auto-5.” That’s the first line of their product description.

It goes on to say that, “the iconic humpback-shaped receiver is the only thing this new Browning autoloader shares with its legendary namesake. The all-new Browning A5 is built to be the most reliable, fastest cycling, best performing and softest shooting recoil-operated (yes, recoil-operated) autoloader on the planet.” That’s all well and good for new shooters, but if you’re in the market for a “humpback” shotgun, make sure you get an original Browning Auto-5.

The History of the Browning Auto-5

First of all, there’s an exceptional amount of history in those old guns. They almost didn’t get made to begin with, and John Moses Browning had to dodge tempers, heart attacks, multiple companies, and even literally cross an ocean to make sure it came to fruition. Browning’s decades-long relationship with Winchester ended over a disagreement regarding terms of payment for the Auto-5 design. Just like that, a 44-year collaboration was done.

He then took the gun down the road to Remington. Unfortunately for Browning, Remington’s company president died of a heart attack while Browning sat in the waiting room before his meeting. Remington wouldn’t be making the Auto-5 either. For the first time in his life, Browning traveled overseas to Fabrique Nationale in Belgium. They saw the gun’s potential immediately, and production began within two months of the initial meeting.

Browning had worked out an agreement with FN that they would have exclusive world rights to make the gun, except in the United States where tariffs were prohibitive. Instead, Browning convinced FN to let Remington make the gun in the states, and they called it the Model 11.

The Revolutionary Design of the Auto-5

When Browning invented the automatic shotgun (as semi-auto shotguns were called then), he had created something completely new and never before seen. His Auto-5 design worked with a long-recoil method of operation. The barrel and bolt remain locked together during recoil and compress the recoil springs. The bolt then locks to the rear, but the barrel is forced forward by the spring. The bolt is held at the rear until the barrel returns to its original position. During this operation, the spent cartridge is extracted and ejected, and a new one is readied for loading from the magazine. Finally, the bolt is released and forced closed by the recoil spring. This chambers a fresh round and the gun is ready to shoot again.

Make no mistake: The Auto-5 can be a bit of a beast to shoot if you’re not prepared for it. That long recoil is no joke, but it’s a solid workhorse.

One of the most popular versions of the Auto-5 is the 16 gauge, affectionately known as the Sweet 16. The 16 gauge is a little smaller and lighter than the 12 gauge, and many shooters have found it to be the Goldilocks of the Auto-5 lineup. Everything about that gun in that gauge is just right. To this day, the 16 gauge is the hardest one to find if you’re looking to buy an Auto-5.

The original Auto-5 came of age in a bygone era. Ruggedly built from steel and wood, it would eventually be made in 12-, 16-, and 20-gauge models with varying barrel lengths, rib options, and ‘light’ or ‘heavy’ configurations.

Regardless of the exact configuration, it was still a utilitarian gun. Your Grandpa took it into the field wearing blue jeans and a red flannel; he didn’t need the choice of a dozen different camo wraps. No, he fed it with whatever shells were in the box, utilizing the magazine cut-off if need be. Grandpa wasn’t picky, and neither was the Auto-5.

If you want a brand new semi-auto shotgun, then by all means, go buy a brand new semi-auto shotgun. There’s nothing wrong with the new A5, or any other auto-loading shotgun on the market today. If the features of the new A5 appeal to you, I’m not telling you that you shouldn’t buy it. I’m simply saying don’t buy it as an homage to your Grandpa or John Moses Browning.

Some folks may say that the Auto-5 is an outdated design that has outlived its usefulness. To that, I issue the following challenge: Go price one out for yourself. Doesn’t matter what caliber or configuration; just do some online shopping. You’ll find that even though the Auto-5 is a gun that hasn’t been made in more than 20 years, they’re still in high demand. Ones made in the 1990s will be a bit cheaper, and you’ll certainly pay a premium for one of the early guns or one in 16 gauge.

These guns were meant to be used hard and put away wet after a long day of duck hunting on the water, so don’t expect to find many safe queens out there. Any worn bluing or stock dings you may encounter are just part of a well-lived life. Browning’s Auto-5 literally changed the way the world thought about shotguns. Be a part of more than a century of history and pick up a real-deal Auto-5 if you have the chance. I promise you won’t be disappointed.