Want to Make Long Range Shots in the Field? Do This Drill

The Long-Ranger drill is simple, fun, and will help you make longer shots in the field 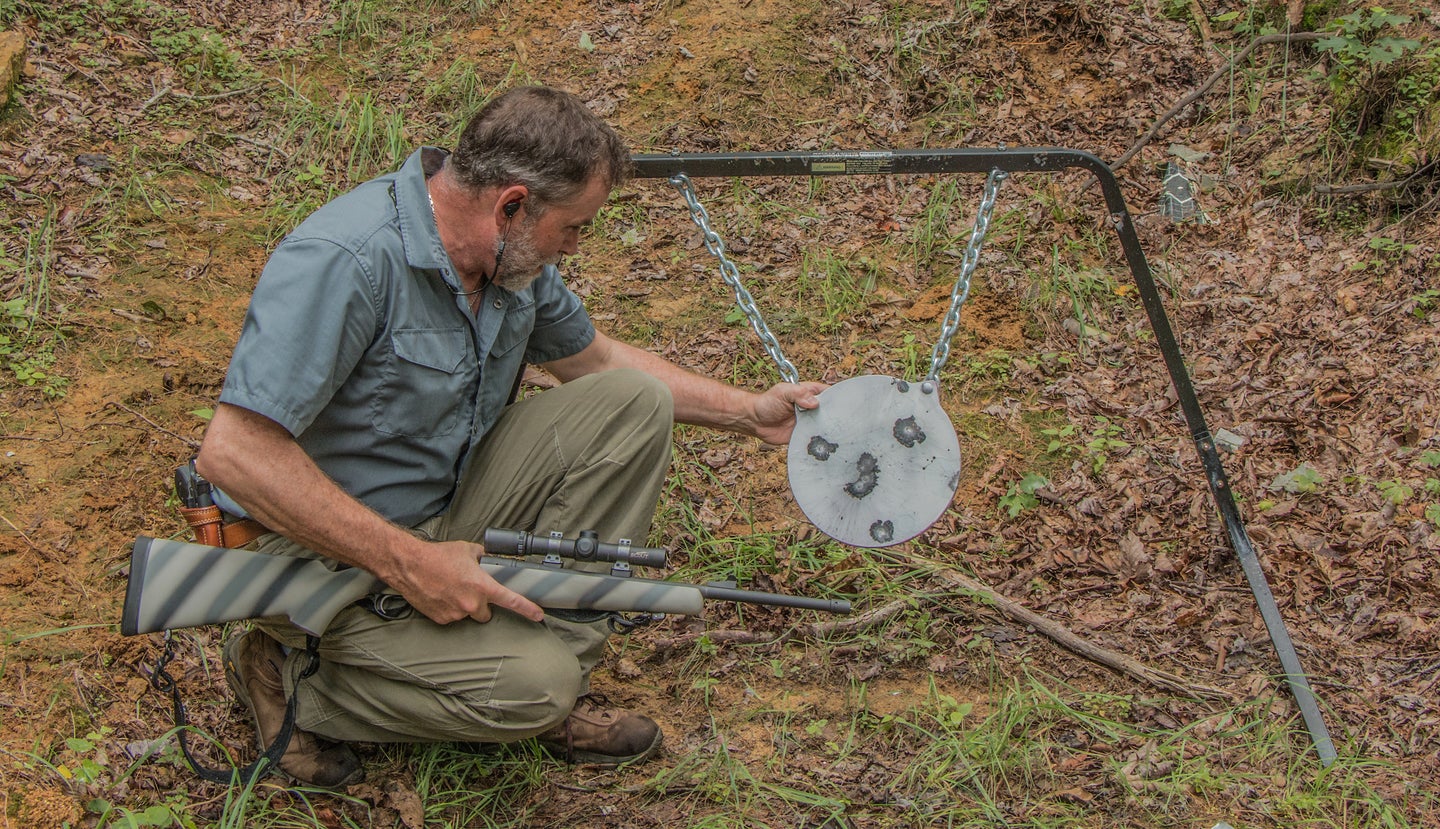 Long range shooting is a relative thing. If you’re shooting a 6.5 Creedmoor, long range is several football fields away. If you’re shooting a .22 Long Rifle, long range is not much farther than you can throw a football. I define long range as any distance where you must hold the sight off the target to get a hit. For instance, when shooting at a whitetail deer’s vital-zone-sized target—say, 8 inches or so in diameter—with most modern centerfire rifles at 300 yards you’ll have to hold high to get your hit. The Long Ranger Drill is perfect for this type of shot; it’s a combination of shooting at long range and using common field shooting positions.

How to Score Long Range Hits

At each distance you can fire two shots to get the one hit. If you miss the first shot, the second shot can be fired from any of the four positions, but, if you get the hit on the second shot, you only get 5 points, regardless the position the second shot was fired from. For example, let’s say you attempt the 100-yard shot from the standing position and miss. If you have any time left out of the 30 seconds you’re allotted, you can shoot again from the standing position or you could drop to seated or even prone. Still, if you miss the target on the first shot and hit it on the second, you only get 5 points.

If you hit all four targets at all four ranges from the standing position, your score would be 100, with is not only excellent, it’s master-class level shooting. A good score is 70 and a passing score is 50.

There’s another way to do this drill that kicks the fun, and the pressure, up a notch—dueling with a friend. The targets, distances, allotted time for each target, and scoring stay the same, but to begin you flip a coin to see who goes first. From there it is like playing a game of HORSE in basketball. The first shooter can shoot at any target, at any distance, from any position. If they get a hit, they get the points allowed for the chosen position. The next shooter can then attempt to duplicate the shot or shoot it from a more difficult position to get more points.

Read Next: The Good, the Bad, and the Ugly Sides of Today’s Hottest Shooting Craze

For example, let’s say Bob loses the coin toss and shoots first. He decides to try the 400-yard target from the prone position and gets a hit, which gives him 10 points. Dave shoots second, and in an attempt to better Bob’s score, he shoots from the seated position. If he hits the 400-yard target he gets 15 points. Since he is now in the lead, he picks the next target to shoot at, and the duel continues until all four targets have been engaged. If the score is tied, flip the coin again and repeat. The first shooter to finish with a lead is the winner and buys the beer.