My First Gun: The Regifted Ruger

This rifle was the first gun the author was proud to own. And then, one day, he decided to give it away 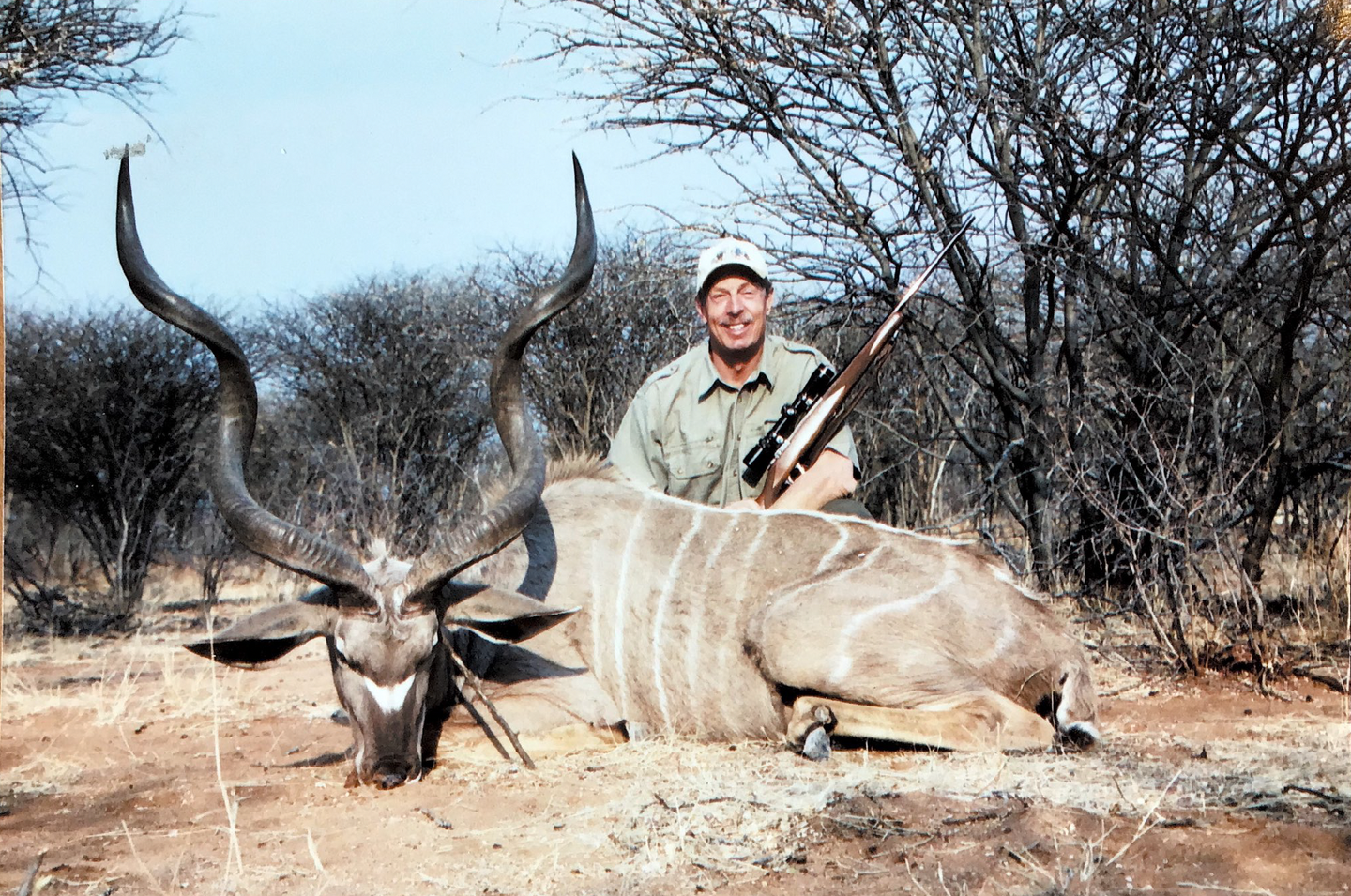 The author's father, John Fox, in Namibia with a greater kudu bull taken with the left-handed Ruger .30/06. John B. Snow
SHARE

I didn’t come from a family where getting a gun was a rite of passage. I didn’t have an uncle or a grandfather to teach me how to shoot or hunt. I never saw—or even expected—a rifle-shaped box under the Christmas tree. My attraction to the outdoors, and in particular to hunting, came from an inner place. When I was young and had a bit of money, I purchased some basic firearms: a pump-action 12-gauge, some cheap rimfires, a lever-gun. But I didn’t have anything that could be described as fancy. Calling the guns in my collection “nice” would even have been a stretch.

So when my girlfriend’s stepdad got me a left-handed Ruger M77 in .30/06 for Christmas one year, I was stunned.

It’s difficult to describe what that rifle meant to me. Even though the wood on it was nothing remarkable, the warm-honey glow of the oiled walnut, the hand-checkering on the grip and fore-end, and the classic full-length Mauser claw extractor elevated that rifle in my eyes. It was the first gun I was proud to own. And its significance only grew over time, because of who it came from. My girlfriend went on to become my wife and mother to our children. My future father-in-law became one of my best friends. And in that expanded family, I found myself among kindred spirits for whom seeing grouse burst skyward from an alder thicket, or ducks cupping their wings at first light while gliding into the dekes, or young whitetail bucks mock-spar during the rut, was soul-stirring stuff.

I shot many deer with that rifle during the November firearms seasons in Northern Michigan, including my first 8-pointer. I cherished that rifle and couldn’t imagine hunting with anything else.

But that’s not how it worked out.

My wife and I moved to Seattle, where I got to know my biological father, John Fox. John wasn’t a hunter. Our relationship grew from a shared love of fishing. We spent many days chasing trout on the Yakima River and casting for sea-run cutthroat in Puget Sound. Being separated for so many years, we had a lot of catching up to do. I took him duck hunting, and he even followed me on a couple of death marches for elk in the Cascades.

One summer, I was shooting trap at my gun club with my 870 Express, and another member noticed that I was right-eyed dominant and suggested I try shooting right-handed. I did. For both rifle and shotgun. And my shooting improved. Suddenly, my Ruger wasn’t coming afield with me anymore.

I was too fond of that rifle to let it gather dust. Since my father is both left-handed and left-eyed dominant, I passed it along to him.

I knew his enthusiasm for big-game hunting would never equal mine. But to make sure he put that rifle to use, I took him to Namibia where he shot kudu, gemsbok and springbok. And this fall, if we’re lucky and draw the tags, we’ll hunt antelope in Montana. I’m not sure which rifle I’ll use—but I know my dad will want to shoot his Ruger M77 in .30/06.