Arcflash Labs Just Made A Handheld Gauss Rifle, and It’s For Sale 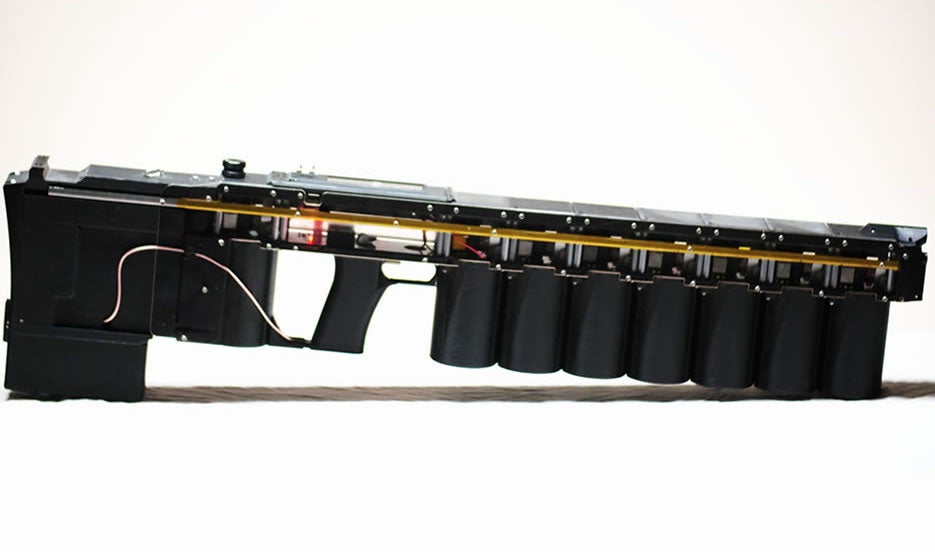 Arcflash Labs claims that the GR-1 ANVIL is the most powerful handheld Gauss gun available to the public. Arcflash Labs
SHARE

Gauss rifles aren’t just for science fiction and video games anymore. Now you can own one. Gauss rifles, also known as coil guns, use a series of electromagnetic coils to pull a projectile down a barrel. They aren’t actually rifles, as the barrels are smoothbore. If your prior exposure to Gauss rifles comes from laying waste to your video enemies in the Fallout series, where the Gauss rifle is something of an ultimate weapon, you may be slightly underwhelmed by the power of the real thing. Nevertheless, early firearms weren’t that deadly either, and look where we are now.

A shoulder-fired Gauss gun is a big deal, and ArcFlash Labs will sell you one for $3775. The ANVIL rifle is the most powerful handheld Gauss rifle ever offered to the public. However, since we are in the infancy of the technology, that means a 20-pound rifle (20 pounds without battery, that is) fires its 12mm steel projectile at a muzzle velocity of about 275 fps, producing 65 foot-pounds of energy. This is not enough energy to decapitate an enemy while simultaneously setting them on fire, video-game style, but it does generate about as much punch as a .22 short.  It is far more powerful than Arcflash Labs’ earlier gun, which had about the same punch as a Daisy Red Ryder. A rechargeable battery powers the ANVIL through 40 shots. It’s a semiauto, and the magazines hold ten rounds apiece.

The Arcflash Labs ANVIL can be yours for the aforementioned $3775, and you have to sign a waiver to buy one because when you play with that much electricity, there is always the possibility of lighting yourself up instead of the target. While there is still progress to be made in coil gun technology, it has enough potential to maybe someday be a viable sporting and military arm.

Read Next: Futuristic Olympic Air Rifles Are in a League of their Own

Already, the Chinese military is experimenting with Gauss guns. Thus far, the only thing they can do with their rifles is punch through thin plywood, or turn them into tiny robot-propelled balloon killers. Obviously, though, they see some potential, perhaps because the Chinese Navy may already have a shipboard rail gun.  Rail guns are similar to coil guns but use an electric circuit running through parallel rails to launch projectiles at very high velocities. The U.S. Navy also experimented with but ultimately abandoned rail guns. Still, someday electricity could be the new gunpowder, and right now, an ANVIL could be your new high-tech, short range garden gun.