How to Create Your Own Wildcat Cartridge. It’s Easier Than You Think

If you're an experienced handloader, you can invent your own wildcat cartridge and really stand out at camp. Don't forget to have some fun naming it 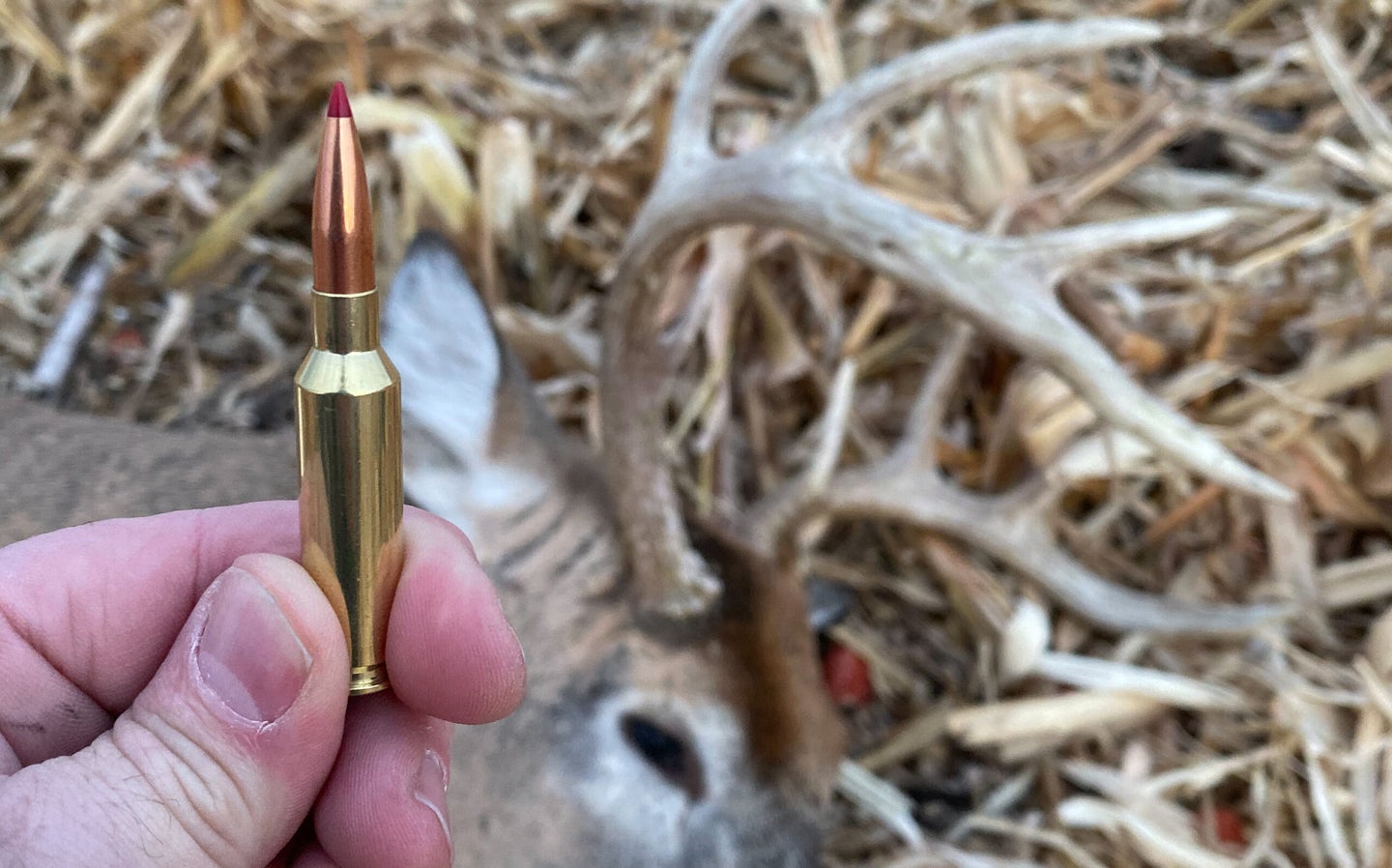 How cool would it be to take a nice buck with your own wildcat cartridge?. Richard Mann
SHARE

Editor’s Note: Making your own wildcat cartridge would be cool, for sure. And it is doable—but not without some risk. Handloading even to SAAMI specs involves and element of danger, especially if you are new to it. This article is meant for experienced handloaders only.

For the same reasons people put monster tires on their trucks and add custom rims, riflemen have been wildcatting cartridges for decades—to get that little extra something and to individualize their favorite stuff. If you’re an experienced handloader looking for some added zing, or a bit more power, or less recoil, or if you just can’t stand the idea of shooting a .30/06 or a Creedmoor like everyone else, then wildcatting might be for you. Done right, it costs a lot less than a new set of 35-inch mud tires, and it can move you to the top of the deer-camp hierarchy.

What is a Wildcat Cartridge?

A wildcat cartridge is one developed by an individual or group of individuals, as opposed to a firearm or ammunition manufacturer. Wildcats are created by altering the shape of an existing cartridge case, often to accept a bullet of a different diameter or length than the one used by the parent cartridge. A number of popular, modern cartridges began life as wildcats. Some, like the .257 Roberts, bear the name of their inventor, making it obvious that they’re the work of an individual. Others, like the .243 Winchester and .25-06 Remington, have names that hide their wildcatting origins.

Wildcat cartridges are usually created to address a very specific need or application. Ned Roberts originally designed the .257 Roberts, or The Bob, as it is often called—as a long-range varmint cartridge. In the late 1920s, it was one of the best cartridges for that task. The .458 Lott, first sketched out on a paper napkin, was created by African professional hunter and gun writer Jacques “Jack” Lott due to his disenchantment with the .458 Winchester Magnum’s ability to stop a buffalo.

Gunsmith P.O. Ackley improved the ballistics of several cartridges by changing the angle of the shoulder and providing the cartridge case with a bit more powder capacity. The beauty of Ackley’s wildcat modification is that since the shoulder angle was all that was modified, cartridges of the parent case could still be chambered and fired. One of the most popular of all of P.O. Ackley’s creations is the .280 Ackley Improved, which thanks to Nosler, has now been standardized by the Small Arms and Ammunition Manufacturer’s Institute (SAAMI).

The problem with making your own wildcat cartridge is that it can get expensive. Once you decide on the modifications you’d like to make to the parent case, you must then have a sizing and loading die created to make that alteration and load your ammo. In some cases, the case alteration can require several dies. In addition to the sizing and loading dies, you need a reamer that can cut the chamber for your new cartridge into the barrel of your rifle. Add in the cost of a new barrel, and you’re at more than $1,000 pretty fast.

The Making of the 2Fity Hillbilly: An Easier Way to Create a Wildcat

However, there is an easier and much more affordable way to make a wildcat cartridge. In 2015, just as the 6.5 Creedmoor was beginning to become very popular, I was hunting with Neal Emery of Hornady. I’d mentioned that I was a fan of the .257 Roberts but never owned one that shot outstandingly well, and I didn’t appreciate the long-action rifles it was so commonly chambered in. We decided it would be a great idea to neck the 6.5 Creedmoor case down and create a more modern, short-action, .257-caliber cartridge. A better Bob if you will.

I realized that instead of having a special sizing die made for this new cartridge, I could simply get a set of bushing dies for a 6.5 Creedmoor and use a smaller bushing that would reduce the neck diameter to the point it would hold a .257-caliber bullet in place. Not only would this create the cartridge I wanted, but it would also circumvent the need to order custom-made sizing and loading dies for my new wildcat. Working with gunsmith Jerry Dove of Dove Custom Guns and Mike Cyrus of Lehigh Defense, we resized some 6.5 Creedmoor cases to .257-caliber and sent them off to Dave Mason of Manson Reamers so that he could create a reamer perfectly sized to chamber a rifle barrel.

The process worked splendidly. I now have two rifles chambered for the cartridge we somewhat jokingly call the “2Fity Hillbilly,” since it was created by three West Virginians. I’ve used it to take several nice whitetail bucks as well as a handful of coyotes. Others have also created a similar wildcat and named it the 25 Creedmoor. The cool thing about making your own wildcat cartridge is that you can name it anything you want.

How to Make Your Own Wildcat Cartridge

If you want to make your own wildcat cartridge, you can use the same technique. (At your own risk, of course.) Let’s say you wanted to neck down a 7mm/08 Remington to use .277-caliber bullets. By using a smaller bushing, this is easy, and you can use the same loading die you use for the 7mm-08 Remington. You could also turn a .260 Remington into a .257-caliber cartridge much like I did with the 6.5 Creedmoor. And nothing would stop you from using this process to make a 7mm Remington Magnum into a .270 Magnum, or whatever you wanted to call it.

If you use a bushing die with smaller bushings to create your new cartridge, it saves you the cost of having special dies made to size and create your wildcat. You’ll still need a reamer to chamber a barrel, but that will only cost you a couple hundred bucks. Of course, don’t expect Remington, Federal, or Hornady to be so enamored with your creation that they submit it to SAAMI for standardization. (Hornady said my new .257-caliber Creedmoor cartridge was cool, and that’s where it stopped.) But who cares? Wildcat cartridges are cooler when they are just wildcats, and there’s nothing like having your own.