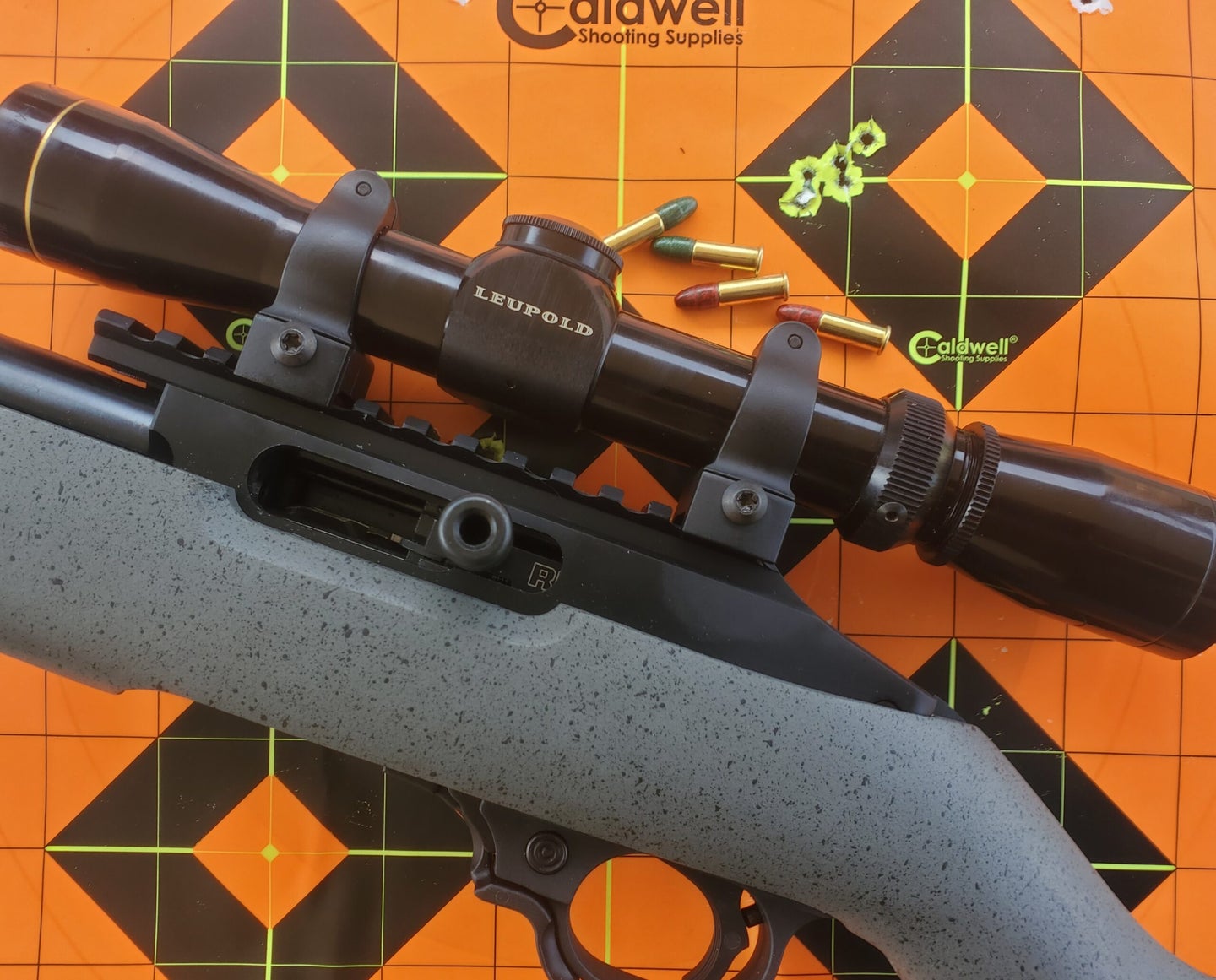 The author fitted the new lefty 10/22 with a Leupold rimfire scope and put it to the test on the range. Phil Bourjaily
SHARE

Just in time for Left Handers Day (It’s a thing. August 13. You can look it up), Ruger introduces the first left-handed 10/22 ever. For the right-handers out there—which is most of you—this announcement merits a big So what? However, for the 15 percent of people who are left-handed, myself included, and for the goodly number who shoot left-handed for eye-dominance reasons, it’s a big deal to have a rifle designed to work the way we do.

The Custom Shop Rifle Has Plenty of Bells and Whistles

Better yet, this new rifle comes from Ruger’s custom shop, fully tricked out. It has a left-hand ejection port, left-handed safety, and it uses special reversed magazines that are absolutely non-interchangeable with the standard mags. The rifle comes with one magazine, and Ruger will offer extra left-handed magazines if you want them.

It’s a mirror image of the existing synthetic-stocked Competition model, meaning it has almost too many features to list: a free-floated, fluted bull barrel with a match chamber and threads for a suppressor or the included brake; synthetic stock with adjustable comb; a custom machined receiver with an extended 30 MOA rail so you can set up a scope for long range; Ruger’s BX trigger with a magazine release in the guard; enlarged bolt handle and lots more.

The rifle comes in a hard case, and I picked it up expecting it to be a heavier gun with a lot of weight in the front end, but it’s light and compact, yet substantial enough to be shootable, at about 6 pounds. Black spattered stippling on the gray synthetic stock looks good (by synthetic stock standards) and makes the rifle easy to grip. The trigger has very little take-up or overtravel, and breaks at 2 pounds, 14 ounces.

New Lefty 10/22 Is Accurate and Fun on the Range

All the rimfire ammo I could scrounge was a jar of bulk CCIs with red-and-green polymer tips I’d gotten for Christmas. I mounted a 2-7X Leupold rimfire scope on the rifle and took it to the range. When it comes to rifles, I am the monkey who pecks randomly at typewriter keys until it writes Macbeth. Sit me at a bench behind a rifle long enough, and I’ll luck into good groups. Shooting the Competition, I could put five shots into .80 inches at 50 yards. While that’s not exceptional, it’s not bad either, especially when you consider the shooter and the fact that I couldn’t get my hands on match ammo, or even a selection of ammo. The groups were a good indication of the rifle’s potential.

Once I finished with the bench, I was able to have fun with the rifle and burned through a bunch of my Christmas rounds on the steel plates at the range. The finger grooves in the front of the stock are just right for off-hand shooting. The light, clean trigger and the muzzlebrake that eliminated even the slightest hint of muzzle-rise made it a riot to plink with. A push with the trigger finger was all it took to dump the empty magazine so I could grab a fresh one. I should note here , too, that the rifle has sling swivel studs so you could fit it with a bipod or, better yet, put a sling on it and take it hunting.

At $899, the Left Hand Competition is expensive for a rimfire semiauto, but if you buy a stock 10/22 and start replacing parts you can match or exceed the price of this gun in a hurry, and it still won’t be left-handed when you’re done.