How Long is Too Long For a Rifle Barrel? MDT Builds an 88-Inch-Long .308 to Find Out

Before the company cut the rifle to pieces during a test, it had a 6-foot-long barrel that weighed 16.5 pounds 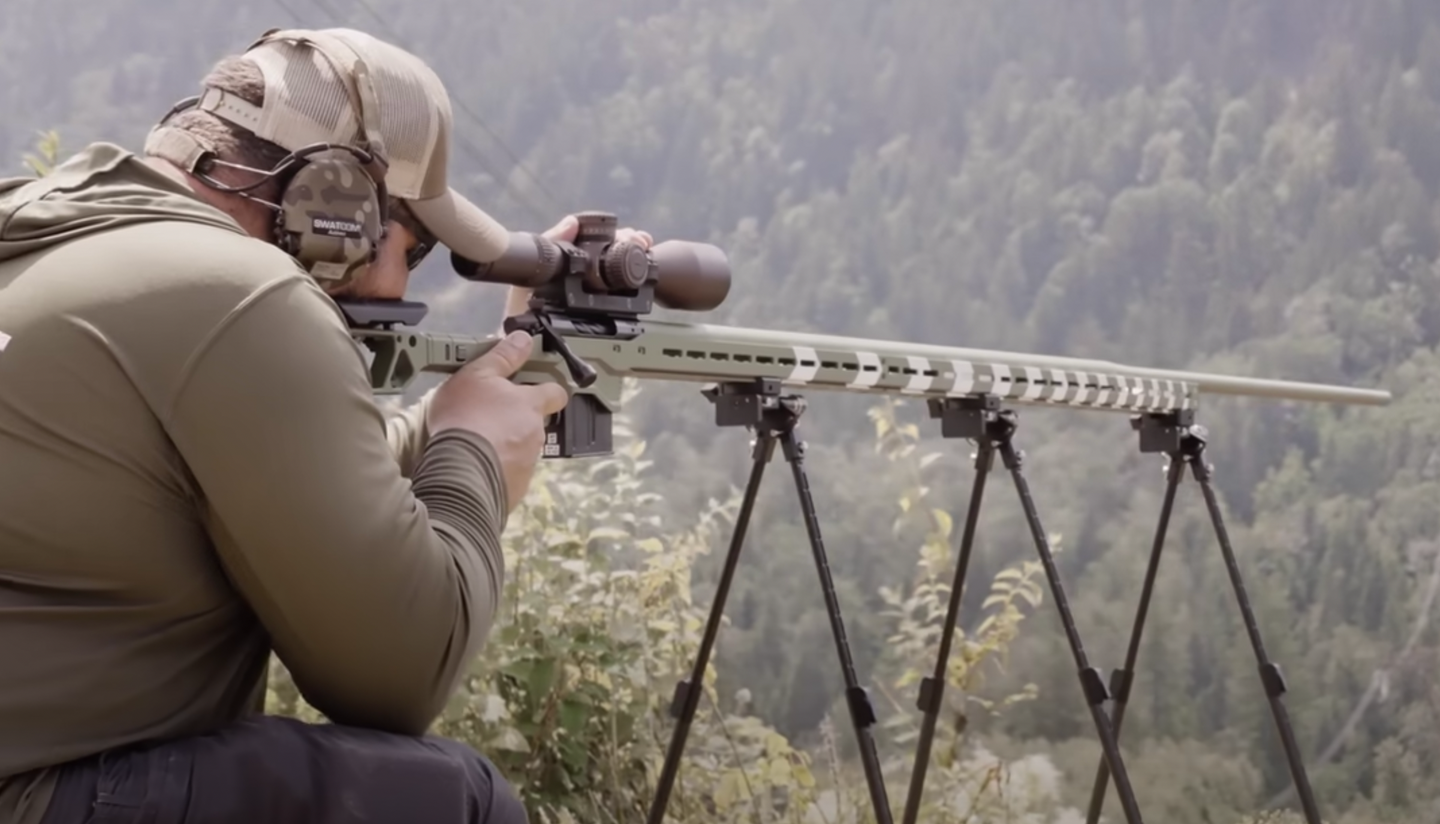 The engineering team at MDT has been busy lately. They recently created the world’s tallest scope base to test how much scope height over bore matters, and now they’ve made what could be the world’s longest .308 bolt-action rifle.

MDT built the rifle to test how barrel length affects a bullet’s performance, and recorded their findings on video. During the test, Ryan McLean, the Product Testing Manager at MDT, shot Federal Gold Medal Match through the rifle’s 6-foot-long barrel while taking velocity measurements. Every few shots, McLean lopped off an inch of the barrel with a band saw and took another measurement—and the results were surprising.

Many also predicted that the long barrel would slow the round down because of friction. But out of the 6-foot-long barrel, the bullet traveled at 2785fps (185 fps faster than the estimated velocity on the box). And McLean was able to get the rifle to group four rounds just over an inch at 100 yards with no keyholing.

For the next 20 inches that McLean cut off, there was little change in velocity. Then, around the 42-inch mark, things started to drop off. After around 30 inches, every inch taken off of the barrel resulted in a loss of 15 fps, leaving the muzzle velocity at 2567fps at 19 inches. Before cutting the barrel, McLean also ran the rifle through some barricades, but he said that he would “definitely not recommend shooting this kind of setup for competition.”

At first, the testers had no idea if the rifle was going to be safe enough to shoot so they clamped in a barrel vice to fire it. It was built in collaboration with Bob Jury of Jury Custom Barrels who made the long barrel by screwing two 36-inch barrel blanks together. The 16.5-pound barrel was also supported with an extra-long MDT chassis, v-blocks, and multiple bipods to take the stress off of the action screw. And like other MDT chassis, the rifle had a folding buttstock, you know, “to keep it ‘compact,’” says MDT.