Our shooting editor is a big fan of the Nosler AccuBond. According to our ballistic-gel test, there's a good reason why 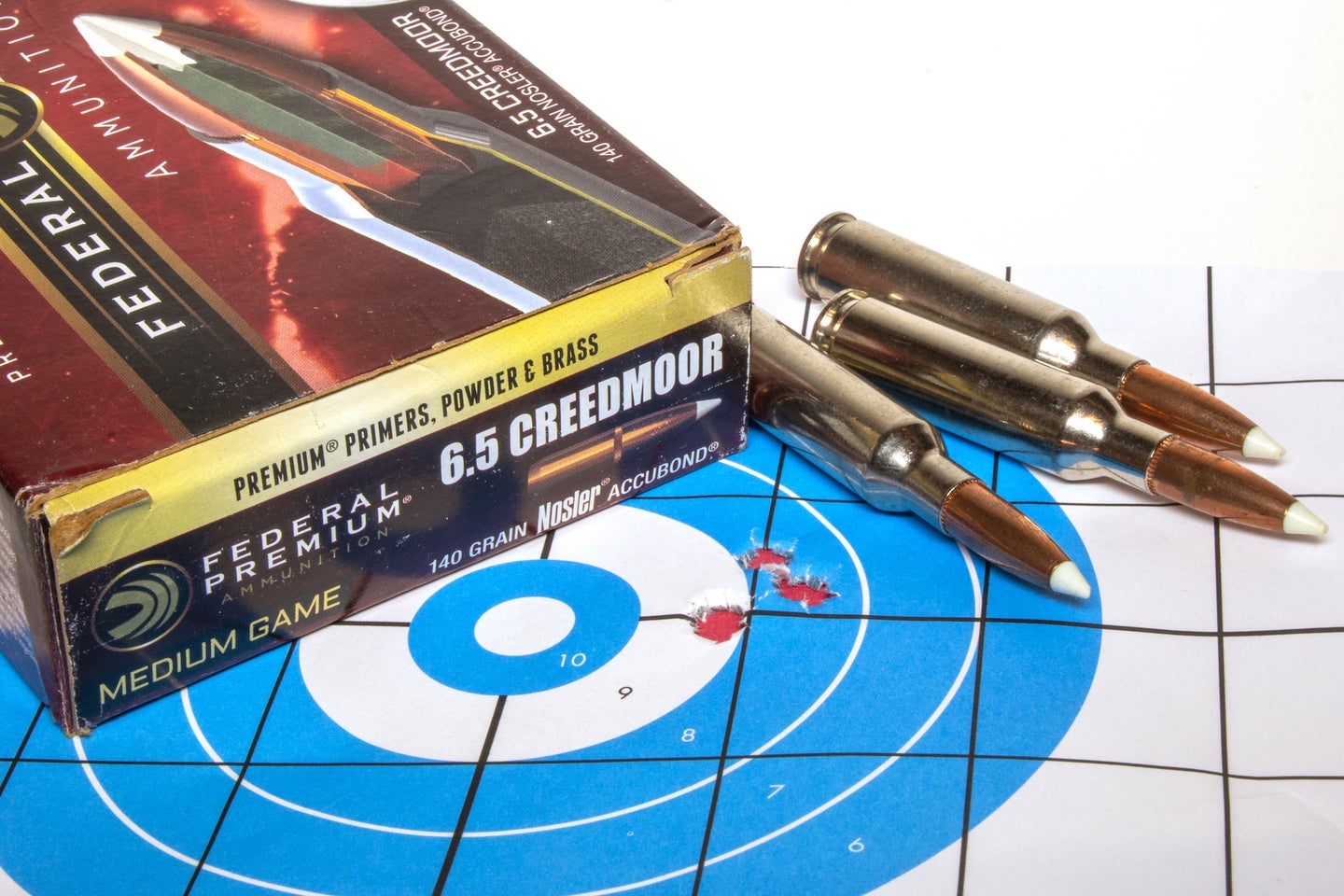 Nosler designed the AccuBond to deliver Partition-like terminal performance and Ballistic-Tip-like precision, and that’s what you should expect from this bullet. Richard Mann
SHARE

F&S Bullet Lab is a series in which shooting editor Richard Mann will be testing the most popular hunting bullets on the market by firing them into Clear Ballistics gelatin to predict their terminal performance in the field—and ultimately, to help you choose the absolute best bullet for your hunting. Check out how other bullets, like the Remington Core-Lokt Tipped in 6.5 Creedmoor or Winchester’s Deer Season XP Copper Impact, faired in the test.

I’ve taken more big game animals with the Nosler AccuBond than any other bullet. I’ve used them on game ranging in weight from less than 100 pounds to more than 1000 pounds, in cartridges ranging in caliber from 0.243 up to 0.338. Though most have been taken with a .308 Winchester and a 165-grain AccuBond, in 2018 I took a woodland caribou, a Canadian moose, and a black bear with the Federal 140-grain 6.5 Creedmoor load tested here. Because of my extensive field experience with AccuBonds, I have a lot of faith in their performance, regardless of caliber or bullet weight.

The AccuBond utilizes a gilding metal jacket bonded to a lead alloy core. It was designed to deliver Nosler-Partition-like terminal performance, with Nosler-Ballistic-Tip-like trajectory and precision. And that’s almost exactly what you get with the AccuBond. In addition to Federal, Nosler also offers this load but with an advertised muzzle velocity of 2600 fps. Neither should be confused with the 142-grain Long Range AccuBond bullet that has a substantially higher BC.

Out of a Nosler Model 21 rifle that has a 22-inch Shilen barrel, this load had an average muzzle velocity of 2602 fps, with a standard velocity deviation of only 16.4 fps. Federal advertises this load as having a muzzle velocity of 2675 fps, which was most likely obtained with a 24-inch barrel and is about standard for 140-grain 6.5 Creedmoor ammunition.

Though this bullet has a higher than 0.500 BC to help it with performance at distance, its 140-grain weight gets it off to a slow start. However, AccuBond bullets should still upset when impacting at velocities as slow as 1800 fps. That coupled with the high BC makes this bullet a solid 500-yard performer, where it still retains more than 1000 foot-pounds of energy.

I fired three, three-shot groups off a sandbag rest with the Nosler rifle, which was wearing Tract Toric 2.5-15X44 riflescope set at maximum magnification. The average for those three groups was an incredible 0.50 inches. This means 600-yard groups could be as small as three inches. Out of this rifle, this load will give you the precision you need for distance shooting.

Of course, as with any load, performance in your rifle may vary. The Nosler Model 21 is a very good shooting rifle. I’ve tested eight different loads in it and the average group size for them all was just a shade less than an inch. It is worth noting however that this load was the best shooting of them all.

Hunters are attracted to the 6.5 Creedmoor for its ability to deliver not only flat trajectories, but because it can also launch high BC bullets that will retain velocity and energy at distance without a lot of recoil. Even though this bullet has a higher BC than many lighter-weight 6.5mm bullets, its BC is just barely past 0.500. Because of that and its slower muzzle velocity, it offers no trajectory advantage over some of the faster, lighter, and even lower BC, 6.5 Creedmoor loads.

It’s important to understand though that the Creedmoor gets its advantage over similar-sized cartridges from its 1-in-8-inch rifling twist rate and the high BC bullets that need that twist rate for stabilization. Unlike the Long-Range AccuBond, the standard Nosler AccuBond is not one of those bullets. With its 2600 fps muzzle velocity, it needs an even higher BC to deliver the flat trajectories the Creed is known for.

There are many theories when it comes to evaluating terminal performance. One of the simplest is to use the penetration depth and recovered bullet diameter to calculate a cylindrical volume of tissue damage often called a crush cavity. This 140-grain AccuBond penetrated 27 inches while still deforming with a frontal diameter of 0.509-inch and delivered a crush cavity of 5.5 cubic inches. Few 6.5 Creedmoor loads can equal this at a comparable penetration depth, especially at 140-grain bullet velocities. Also, AccuBonds dump a lot of energy during the early stages of penetration; just watch the reaction to the first block of Clear Ballistics in the video.

My affinity for the Nosler AccuBond comes partly from its great precision on target, but mostly because of the terminal performance it offers. Though some have been convinced by bullet manufacturers—and even gun writers—that 100 percent weight retention is the Holy Grail of killing ability, I’ve found that bullets that have weight retention in the 75-to-85-percent range provide adequate penetration while at the same time damage more tissue. This excellent balance of bullet upset and penetration is one of the reasons I tend to use AccuBonds so often.