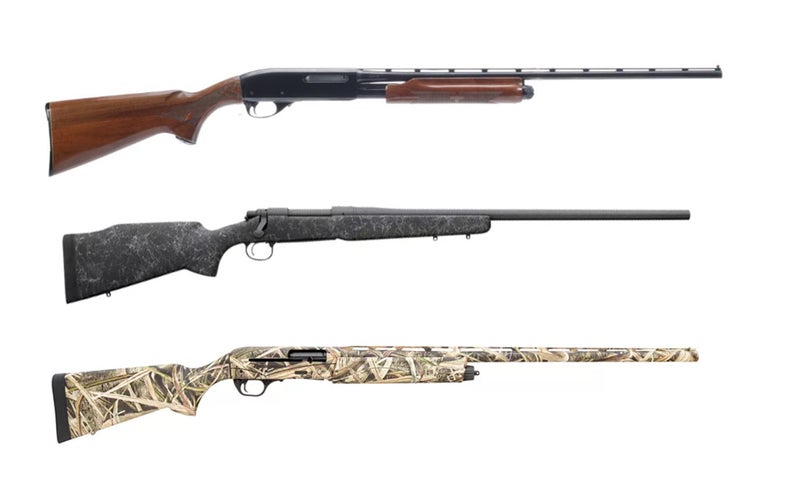 You may be seeing new Remington 870s, 700s, and V3s for sale again soon. By far the biggest employer in the upstate New York town of Ilion, Remington, which filed for bankruptcy last fall, is now one giant step closer to making guns. It’s an encouraging development not just for Ilion’s 7,700 residents who depend on the factory for jobs, but for firearms enthusiasts everywhere who have depended on Remington guns since 1816.

RemArms and the United Mine Workers of American reached an agreement last week, resolving one of the key issues holding up the production of Remington guns under its new ownership. The letter of agreement signed by both sides recognizes the UMWA as the collective bargaining agent for hourly Remington employees when they return to work. In addition, it establishes a process for calling more former workers back to the plant. It also sets a 60-day deadline to begin negotiations on a collective bargaining agreement.

The future of Remington guns has been uncertain since the company was split up and sold off last fall. The Roundhill Group LLC bought the gunmaking division with the exception of the Marlin line, which was auctioned to Ruger.  After obtaining a Federal Firearms License in January of this year, Roundhill announced plans to reopen the factory in Ilion, the town where Remington guns have been made since Eliphalet Remington founded E. Remington to sell his flintlocks in 1816. Disputes with the union representing Remington workers delayed the reopening past the originally projected March 1, 2021 date.

Last fall the new ownership had furloughed 600 employees, offering to rehire them on at “at will” basis, meaning they could be fired for any reason. That move brought them into conflict with the union, and after negotiations that Phil Smith of the UMWA described as “sporadic,” the parties reached agreement.

“This letter of agreement was a long time in the making,” said UMWA International President Cecil E. Roberts. “It is the first step toward reestablishing a normal relationship between the union and the operators of that plant, one that will allow the professional craftspeople who have built firearms in Ilion to return to doing what they do better than anyone.”

Two hundred employees will be rehired initially, and RemArms hopes to employ 800 to 1000 as the factory gets up and running. The company is already moving equipment to Ilion from its Huntsville, Alabama, factory, which made Remington pistols and some rifles, including the DPMS/Bushmaster line. Currently there are about 20 employees doing maintenance at the factory, and 45 more will come back to work this week, according to Richmond Italia, RemArm’s principal. Italia says the Ilion factory could begin making guns later this month.