How to Improve Your Shooting with the General-Purpose Rifle Drill 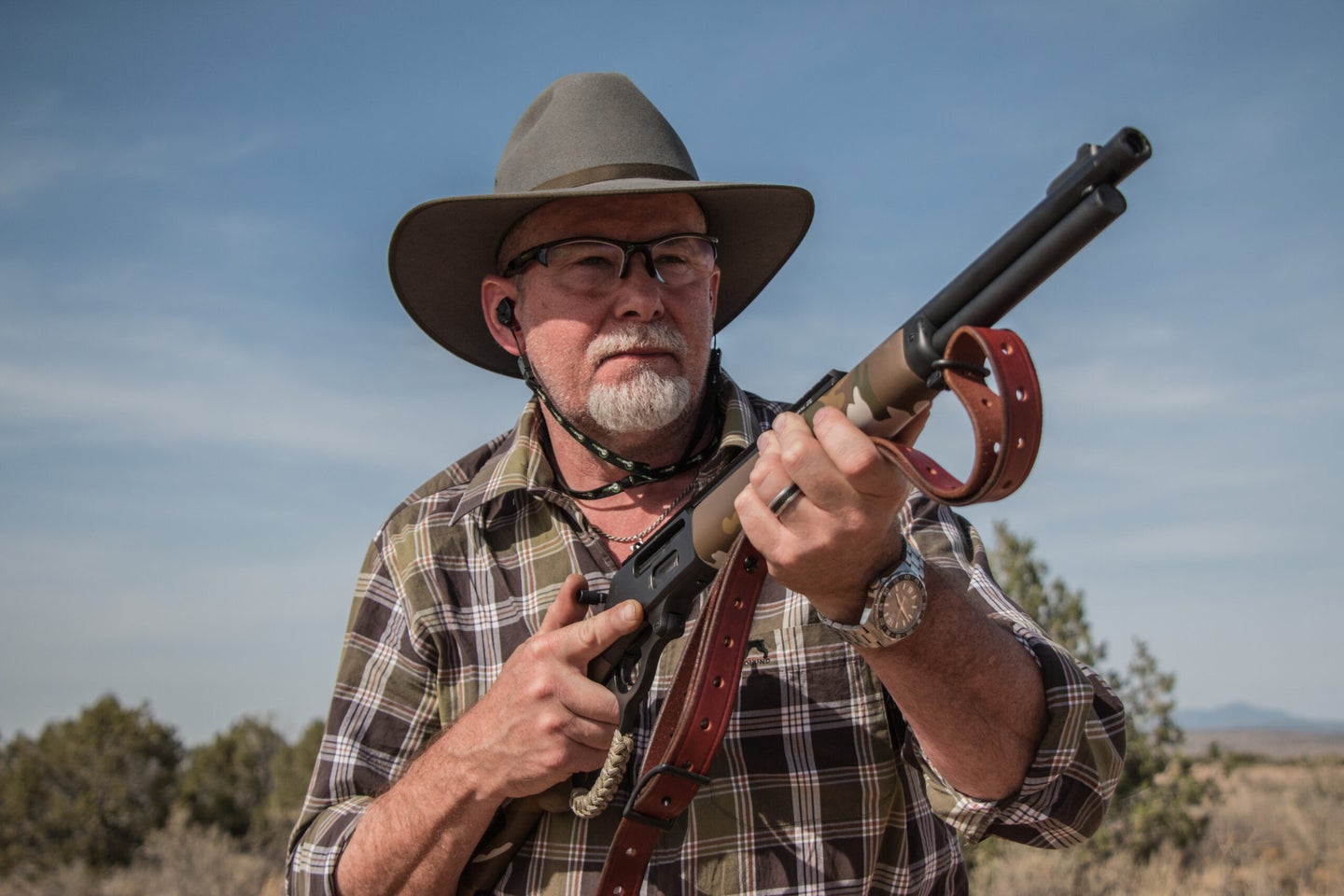 With his rifle at the high-ready, the author prepares to run the general-purpose rifle drill. Richard Mann
SHARE

This is the second installment in a series of shooting drills designed to improve your accuracy at the range—and in the field. For additional shooting instruction, check out the following stories: The Stewart Edward White Drill and The Slow and Fast Drill.

Training with a rifle you intend to use for just about anything is a bit different than training with a precision rifle or a whitetail deer rifle. A general-purpose rifle might be used to put venison on the table, shoot a rabid fox running around your house, or for self-defense. Some who plan for apocalyptic conditions have a general-purpose rifle of some sort that they’ll trust for survival. If you’re going to train with a rifle like this, you need to train for general as opposed to specific applications.

Best summarized, this would include shooting snap shots at close distance and more precision shots at longer distances from common field shooting positions. The general-purpose (GP) drill is a great course of fire to help you develop these skills. Admittedly, it does require some athleticism; those with bad knees or bad backs should probably look elsewhere for a general-purpose training regime.

To conduct the GP drill you’ll need four 8-inch circular targets, four rounds of ammunition, and a shot timer. Place one target at 25 yards, one at 50 yards, another at 75 yards, and the final target at 100 yards. Then, set your shot timer so that it has a three-second delay. The start position for this drill is standing, with the rifle loaded with four rounds, and held in both hands at the high ready, with the buttstock at the hip and the muzzle at eye level.

If you’re working with a magazine fed rifle such as an AR-15 or maybe a scout-style rifle, and you want to incorporate a reload as part of the drill, after firing the fourth shot from the prone position, reload the rifle and shoot the drill in reverse, firing one shot from prone at 100 yards, one shot from seated at 75 yards, one shot from kneeling at 50 yards, and one shot from standing at 25 yards. The par time for the eight-shot version of this drill is 60 seconds.

If you want to score the four-shot version of this drill, give yourself 20 points for every hit for a possible total of 80. For every full second below the 30-second par time, add five points up to a maximum of 20 points. This means if you can shoot the drill clean in 26 seconds your score is a perfect 100.

For every full-second it took you to complete the drill beyond the 30 second par time, subtract two points. This means if you missed one target and your total time was 34 seconds, your score would be calculated like this: 60 minus 8 for a total of 52 points.

For the eight-shot version of the GP drill with the reload, give yourself 10 points for every hit for a possible of 80 points and then add an additional five points—up to a maximum of 20—for every full second less than the 60-second par time. If you managed to shoot the drill clean in 56 seconds or less, you’d score 100.

As with the four-shot drill, subtract two points from your score for every full second beyond the 60-second par time. For example, if you hit eight targets in 70 seconds your score would be 80 minus 20 for a total of 60.

Read Next: The Best Shooting Drill for Deer Hunting

What you’ll find with the GP drill is that hitting the targets is not the hard part. The hard part is transitioning from one field shooting position to another, smoothly, quickly, and efficiently. That is in fact the essence of the drill, to train to swiftly assume various field shooting positions from which you can deliver accurate fire in a hurry. Modern shooters spend way too much time at the shooting bench. This can prove disastrous in the real world where shooting benches and sandbags are hard to find. The GP drill can help you distance yourself from the bench.