The innovative, and interesting, Savage Impulse might become the first straight-pull action to win the hearts of American hunters and shooters. 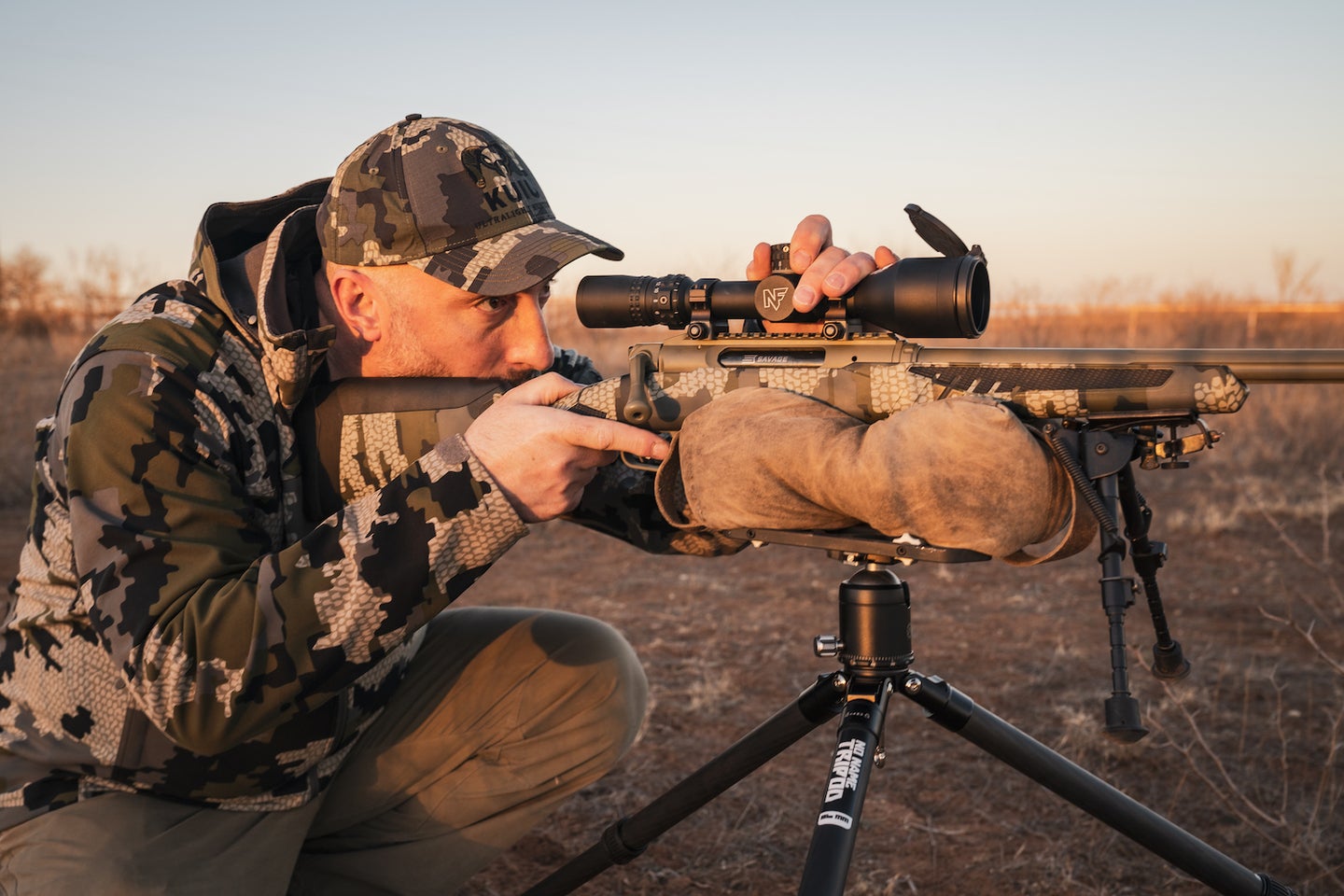 The author shooting off his tripod and bag combo while checking the zero on the 6.5 Creedmoor Savage Impulse. Jake Dahlke
SHARE

The Savage Impulse rifle is a rather unexpected surprise for 2021. It’s a straight-pull, the first made in America. Straight-pulls are somewhat common in Europe—the Blaser R8 and Heym SR 30 are two of the better-known examples. Though they have been adopted by a small number of American hunters, because they are expensive and unfamiliar their appeal in the U.S. has been limited.

Savage hopes to change that, and I think they have a good shot at pulling it off.

First, the price of the rifle isn’t prohibitive. With an MSRP of $1,449, it is several thousand less than its European competitors. Next, it looks like an American rifle. It doesn’t sport fancy walnut or a hogsback profile on the stock, or a strange looking thumbhole pattern. Other than the fact that you don’t have to lift the bolt to run the action, it looks and functions like a rifle any American hunter would be used to.

Lastly—and this is the key—it’s a shooter. Not only is it accurate, but the action is fast and reliable. About every 40 rounds, the bolt on my sample starts to feel a little sticky as I move it back and forth, but I just pop it out and wipe it down with a silicon-impregnated cloth or gun wipe, like Otis’ CLPs, and it is slick as new.

For a look at how the rifle performed in the field, read my piece on hunting wild aoudad in Texas’ Capstone country.

Whenever a company introduces a truly new firearm the chance of something being off is quite high. I’d say the majority—probably 70 percent—have some glitch or significant flaw that needs to be addressed, so I was prepared to see that with the Impulse since it’s design ventures into such uncharted territory. (A good example is the ill-fated Remington 105 CTi. Years ago, Outdoor Life got the very first production sample to shoot for our annual gun test. Turns out the only shells the Remington folks had put through it were…Remington’s. It wouldn’t feed anything else. We had invited the product manager to watch us try out his new baby and I’ll never forget the look of horror on his face when he realized what had happened. He called the factory then and there—this was a Saturday—and told them to shut down the production line.)

But to Savage’s credit, they got it correct with the Impulse right out of the gate.

The ergonomics are quite good on the rifle. It operates smoothly from the shoulder. The beaver-tail sized safety isn’t elegant, but it is easy to manipulate even with gloves on. The magazine, which has steel sidewalls, loads quickly with no fuss. The stock comes with spacers to adjust the length of pull and inserts to change the height of the comb to tailor the dimensions to the shooter’s liking. The trigger is user adjustable down to about 3 pounds.

There are other thoughtful elements in the Impulse’s design. The picatinny rail on the top of the receiver provides generous mounting space for an optic and has 20 MOA of declination machined into it. The barrel comes threaded so you can run a brake or a suppressor. I opted for the latter and shot Silent Legion’s 6.5 Creedmoor can which I’ve run on a number of guns, both for hunting and in competition. It’s doesn’t affect the rifle’s accuracy, deadens the muzzle blast to a tolerable level, and handles prolonged strings of fire with no issues.

The Savage Impulse Is Lefty Friendly

One of the cooler features of the rifle is that it is ambidextrous. The user can swap the bolt from one side of the receiver to the other and can even tune the angle of the bolt handle.

The Impulse comes in three different types of trim. I shot the Big Game version, which is decked out in Kuiu’s Verde pattern and has a 22-inch barrel. The Hog Hunter and Predator have shorter barrels (18 and 20 inches, respectively) and the Predator comes with a 10-round AICS detachable magazine. Those shorter-barreled versions (which have MSRPs of $1,379) are even better candidates for a suppressor since they help keep the overall length down.

Read Next: How to Build the Ultimate PRS Rifle

The accuracy on my rifle was solidly sub-MOA. I put three different loads through it prior to the hunt—all from Federal—and it grouped each very well. I opted to shoot the 130-grain Terminal Ascent bullet, which is designed to work well at longer ranges.