A Hunter’s Guide to Summertime Shotgunning

If you want hit the uplands and the marsh in prime form this fall, it's time to get serious about shooting clays birds on the range 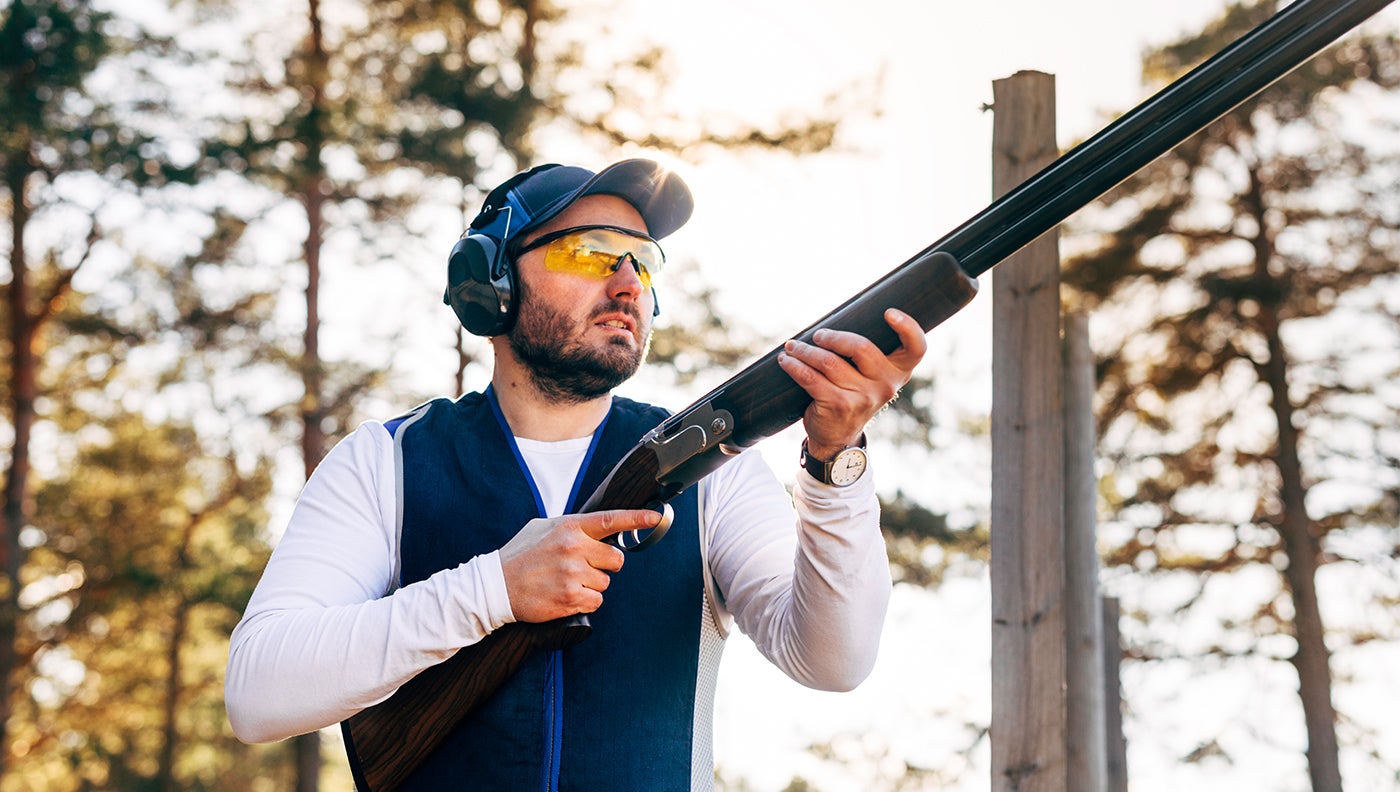 Eighty or so days from now, you’ll be standing in a dove field, empties piled high around your ankles, wishing you had listened to me. But you won’t. You’ll spend the summer fishing, or golfing, or watching your kids play games and trying to convince yourself that all that money you spent on composite bats was a sound investment.

Ammunition costs a lot right now. It didn’t cost nearly as much when I started shooting, but I made no money, so I know what it’s like to struggle to pay for shooting. I had to sell a gun to buy enough target loads to last me through one summer. Back then, I started shooting trap at a one-trap farmer’s club out among the cornfields where I lived. I’d shoot once a week, allowing myself two rounds of trap. I loved it, and I sucked at it, and I looked forward all week to Wednesday night.

In the fall, though, I noticed a big difference in how many pheasants, quail, grouse, and woodcock I hit. I also had a new hobby.

Getting Started In Trap, Skeet, and Sporting Clays

Besides the cost, there are other obstacles to taking up clay target sports. Starting anything new is intimidating. Ideally, you’ll go with someone who can show you what to do, but some of us just started shooting on our own. It’s natural to feel self-conscious when you walk into the gun club for the first time. But don’t worry. Shooters tend to be a welcoming lot.

The surest way to immediately fit in is to be safe. Remember that this isn’t hunting and that a few different safety rules apply, although some, like keep your muzzle pointed in a safe direction and treat every gun as if it were loaded, always apply. At the gun club, do not load more than one shell at a time for single targets, or two shells for a pair. Do not load your gun as you walk up to station. Wait until you are standing still on the pad. On the other hand, it’s accepted practice to take your safety off and leave it off because your gun is never loaded until you’re about to shoot it. Also, shoot no shot larger than 7½. There are important safety reasons for this rule. Save your hunting loads for hunting.

Lose any chip that might be on your shoulder. A lot of hunters assume all the regulars are looking down on them when they come out to the club for the first time, and they act accordingly. No one is judging you, unless you’re being a jackass, in which case they probably should be. If you’re safe, you’ll get along. Also, no one cares how many targets you break. And if you miss a lot, there is no need to tell everyone how many ducks you shot last year. Again, no one cares. We all started sometime.

While most shooters openly welcome newcomers, the exception is trapshooters, who are a little fussy during a round. For everyone to shoot their best, a trap squad has to move quietly, smoothly, and without disruption, so talking or having trouble with your gun may get you a sidelong look. Most trapshooters are perfectly friendly people when they’re not actually shooting, though.

There’s no reason trap, skeet, and sporting clays this summer, as each has something to offer. But you probably want to pick one to start with, then decide if you want to try one of the others. So, here’s a rundown of all three.

Trap makes a good starter game because it’s the easiest for beginners to pick up. You’ll want a gun that shoots once reliably and has a Modified or tighter choke. Most of the targets require very little lead, and most people can get a score into the teens fairly quickly. Trap targets fly like upland birds, so it’s good practice for learning how to hit going-away targets. If trap hooks you, eventually you’ll want a trap gun set up to shoot high so you see targets instead of covering them with the muzzle of a field gun. And, if you’re a perfectionist who likes the idea of shooting 200 targets without a miss (or aspiring to it), trap might be the game for you. And if you get to that point, any going-away game bird will be in big trouble.

In terms of bang for the buck, skeet is the best wingshooting practice game, especially for dove and duck hunters. You’ll get outgoing, incoming, and lots of crossing shots. Skeet has a steeper leaning curve than trap, and some of the birds require stupidly long leads. Once you can hit the crossers at 3, 4, and 5, doves won’t be such scary targets anymore. You’ll want a gun that shoots twice reliably, and an open choke: Skeet, Improved Cylinder or Cylinder. Skeet targets are close enough that it’s a great game to shoot with smallbore guns.

A round of skeet takes a little longer than a round of trap—about 25 minutes—and is more sociable. It’s usually what I shoot as a practice game, as it costs less and takes less time than a round of sporting clays. Tournament Skeet, like trap, becomes a game of endless straights and perfection. It takes a long time to reach that point, and the journey can be fun, but, if you’re like me, the idea of spending enough time to get good at a game where you’re not able to miss isn’t all that appealing.

Sporting Clays is the most fun and most sociable game of all. A round of 100 targets lasts an hour or more, and in most instances, if you’re squadded with strangers, you’ll all be friends when it’s over.

The stations are spread out over a large area, and all of the targets are shot as pairs, so you need a gun that shoots twice, and a bag or bucket for hauling 100 shells and a water bottle around the course. Most sporting clays courses keep their targets within range of an Improved Cylinder choke. Changing chokes between stations is allowed. Five-Stand Sporting Clays is kind of cross between Skeet and Sporting Clays. There is no walking, and rounds are 25 targets.

Because no two courses are the same—and they’re always changing—perfect scores in sporting clays are rare. And, because every course is different, sporting clays can be a destination game. It’s fun to go to different places and see what kind of targets they throw and how they make use of their terrain. It’s also fun to compete. You don’t even have to join a governing body or pay dues to shoot competition targets if you shoot in what is called “Hunter” class.

You’ll see targets on a sporting clays course that act nothing like real birds, and there are tricks and techniques to learn for all of them. But there are plenty that do act like the real thing, too. Go into the game with low expectations, score-wise, and high expectations for having a good time, and you won’t be disappointed. You’ll also be very happy with yourself when the birds wear feathers this fall.