Vista Outdoor to Donate 1 Million Rounds of Ammunition to Ukraine

Ukrainian president, Volodymyr Zelenskyy asked for more ammo, and the company behind Federal, Remington, CCI, and Speer is planning to deliver 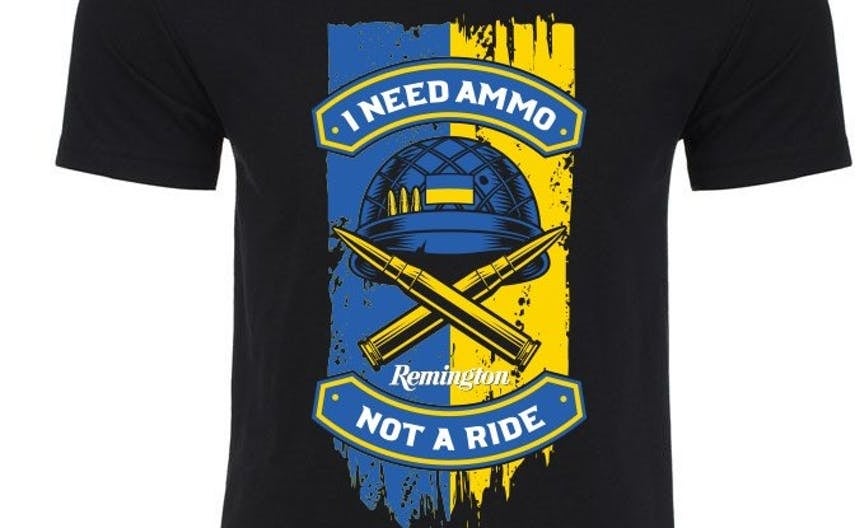 Vista Outdoor, the parent company of Federal Premium, Remington Ammunition, CCI, and Speer, will soon send a care package of ammo to Ukraine. The company has supplied the Ukrainian military with ammo since 2015, but because of the Russian invasion, Vista has decided to donate 1 million rounds of small-caliber ammunition to Ukrainian Armed Forces for free.

“The war in Ukraine has displaced millions of citizens and exposed average people to the horrors of war,” Jason Vanderbrink, president of Remington, CCI, Speer, and Federal Ammunition, said in a press release. “We have long supported Ukrainian armed forces, and we will continue to do so in this global cause to unite for democracy.”

On top of the ammo donation, Remington and Federal will sell special edition t-shirts on their websites emblazoned with the Ukrainian colors and President Zelenskyy’s now-famous quote: “I need ammo, not a ride.” The company has pledged all profits from the shirt sales to refugees involved in the crisis through the Ukraine Crisis Relief Fund.

Vista says they plan to deliver the ammo in a timely manner, and they will still work to meet the demands of U.S. shooters and hunters who’ve seen a dip in ammo availability due to the pandemic.

Read Next: New York Lawmakers Propose Ammunition Tax of Up to 5 Cents Per Round