Bullet construction and energy downrange is important, but it’s all impossible without velocity 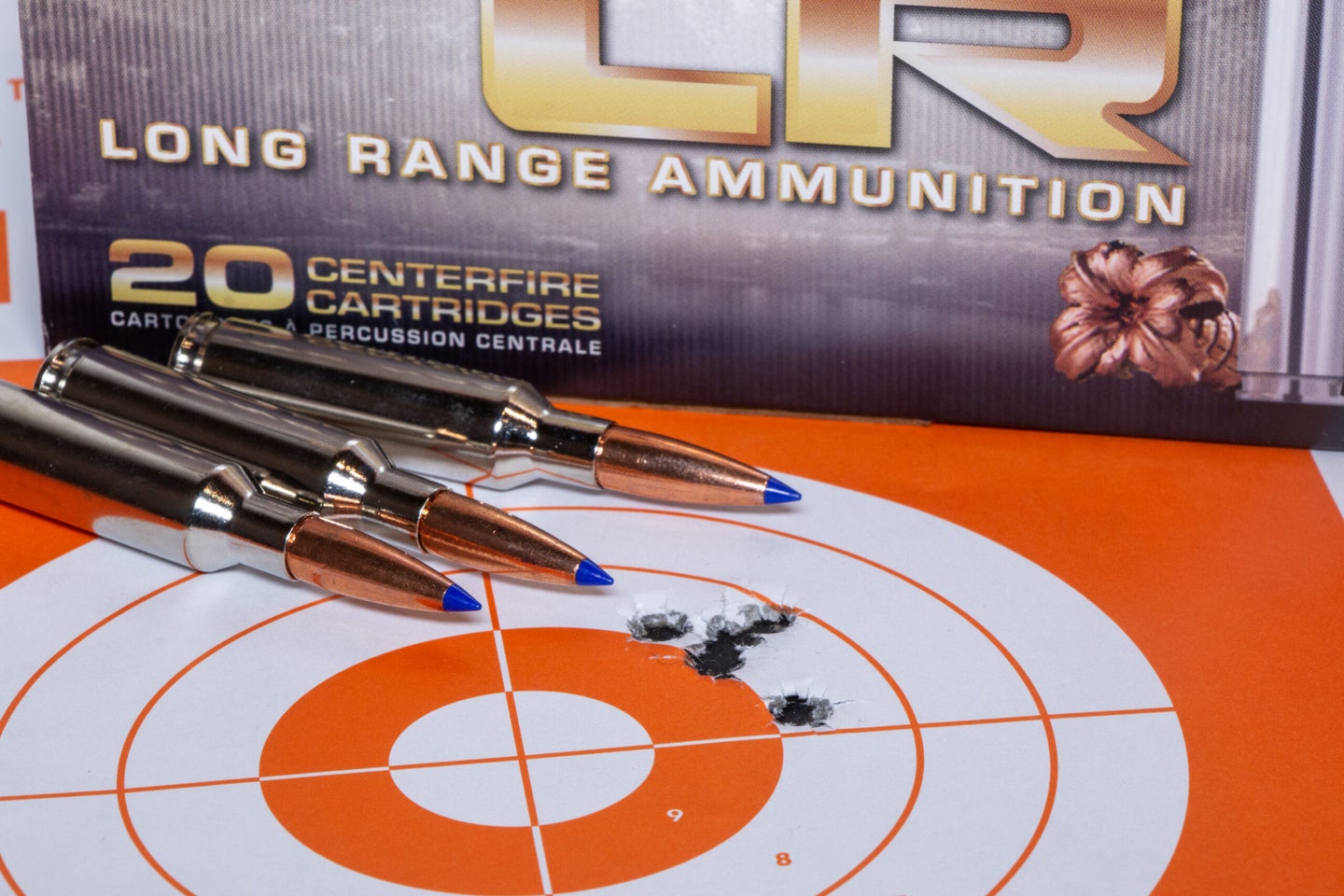 For accuracy and precision like this at any real distance, velocities must be consistent. Richard Mann
SHARE

The first centerfire rifle cartridge not fueled by black powder was the .30-30 Winchester. Originally it had a muzzle velocity of about 2,000 fps. Today the best .30-30 Winchester loads are 400 fps faster. The original .30/06 loading was a 150-grain bullet at 2,700 fps. Modern 150-grain .30/06 loads can have a muzzle velocity that’s as much as 300 fps speedier. These increases in velocity are made possible by modern components and have greatly enhanced the effectiveness of the centerfire rifle cartridge.

Some argue velocity is not as important as energy or bullet construction. But without velocity, you have no energy, and regardless of how the bullet is constructed, without velocity, it will not work. Some also preach that modern, high BC bullets eliminate the importance of high muzzle velocities. That’s partly true, but those high BC bullets help the bullet retain velocity, so it shoots flat and works when it hits.

Why’s the .30/06 considered a better big-game cartridge than the .30-30 Winchester? It’s not because it won two world wars, it’s because it has more velocity. Velocity matters. It matters for many reasons and at every distance. If it didn’t, we’d all be hunting with .30-30s and round nose bullets.

If you take two identical bullets of the same caliber and with the same ballistic coefficient, the bullet that leaves the muzzle at the highest muzzle velocity will get to the target sooner. Why is this important? The less time a bullet spends in flight, the less time wind and gravity have to act upon it. Also, when shooting at an animal at extended distances, it gives the animal less time to move between when the trigger is pressed and when the bullet arrives.

Fast bullet flight times also reduce bullet trajectory. When the .30-30 Winchester was introduced in 1894, it was considered a long-range cartridge; zeroed to strike about 2.5 inches high at 100 yards, hunters could hold dead-on and be deadly out to about 175 yards. With the original .30/06 load, which had a muzzle velocity of about 700 fps (35 percent) faster, a hunter could hold dead-on out to around 260 yards with the same zero. With modern and faster .30/06 loads, that dead-on hold will take them to almost 300 yards.

Bullet expansion or deformation is driven by impact velocity. Rifle bullets designed to deform on impact must impact at a certain velocity to do so. Depending on bullet construction, with most modern big game bullets, the needed impact velocity ranges from around 1,400 fps to 2,000 fps. If a bullet’s impact velocity does not meet the deformation threshold, the bullet will not expand and will just punch a small hole—equal to the diameter of the bullet—through the animal. If you’re going to shoot at animals at any distance generally considered long-range, velocity matters.

Several factors come together to determine how deep a bullet will penetrate. These include what the bullet encounters while penetrating, how much weight it sheds during penetration, and how wide or large the frontal diameter of the bullet becomes during penetration. But, the one thing a bullet cannot penetrate without is velocity. Too much velocity can reduce and, in some cases, even extend penetration, but no matter the circumstance, when it comes to penetration velocity matters.

Though few realize it, velocity influences accuracy—not so much at close range, but especially at ranges of 500 yards and beyond. However, it’s not high velocity that makes a certain rifle/load combination more accurate, it’s velocity consistency. Let’s look again at the original .30/06 load. If sighted in at 100 yards, the bullet will drop about 67 inches at 500 yards. With a velocity variation of 75 fps the bullet would drop five more inches, opening the group size by that amount.