A Handloader’s Guide to Tighter Groups

The goal is three or five shots touching or nearly touching, in the same place on the target, every time. Don’t settle for less 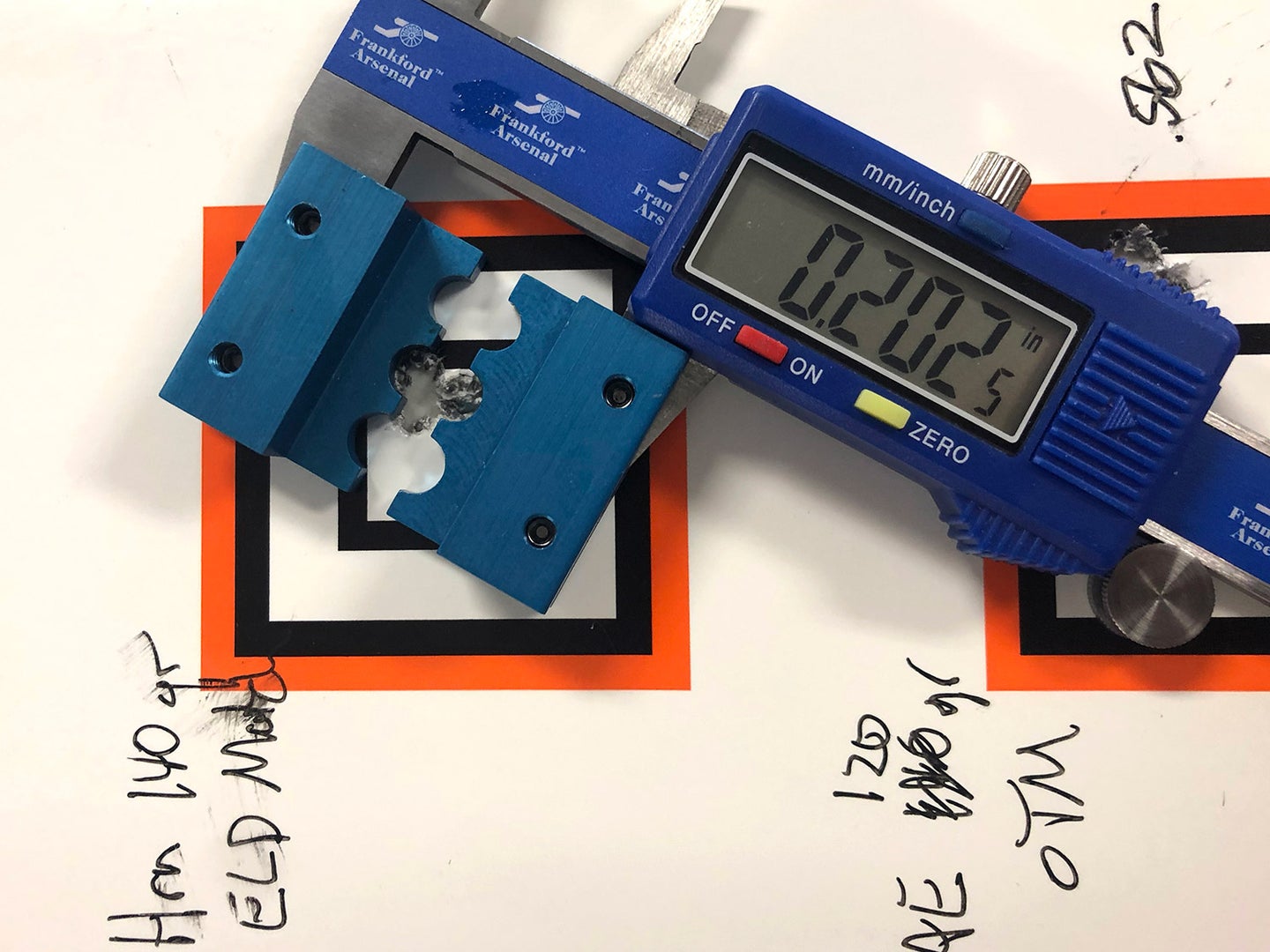 Over the past several weeks, I’ve been shooting a .30/06 that shows great promise. It digests factory ammo with gusto, but is giving me hell’s own time with handloads, which is usually the opposite of what you find.

It would not shoot 150-grain bullets well within a reasonable number of trips to the range and dollars from the wallet, so I switched to 165s, and presently came up with some very small, attractive groups. There were, however, signs that all was not well. First, most of the groups were two shots through one hole, or mostly overlapping, and a third most of an inch away. The second sign was that the groups wandered an inch or two from one spot to another on the target. Together, these are symptoms of grief to follow.

What it means, I believe, is that a particular load is teetering on the brink of accuracy, but not yet there. You’re getting just about the velocity you need, but if there’s even a slight variation, the apple cart will upset and bullets will be flying hither and yon. So I didn’t enter this load in my logbook as OK. Instead, I kept shooting, and sure enough, the next trip to the range brought chaos, calamity, and large, disgusting groups.

If you handload, you can almost always take the final step into the land of small spreads. What it requires is half a grain less or more of powder, so that you get 25 to 50 fps more or less. Or you can switch primers. That often makes a world of difference with no other adjustments needed. Or you can switch powders, swapping out the one that’s not working for another that has almost the same burning rate, but just a tad faster or slower.

But should you be one of those unfortunate souls who does not handload*, you’re doomed to keep buying boxes of ammo at $40 or $50 or $60 a pop until you find what your rifle likes to eat.

RELATED: On the True Nature of Handloading and Greek Mythology

In any event, never assume that because you get a good group once in a while, things will be all right. What you can assume is that at a crucial moment, your ammunition will betray you, and that the one shot you get at the trophy of a lifetime will go cracking over its back, and that the critter will trot off cackling.

Consistency is the thing. Every shot, not some of them, or most of them, must go to the exact same place on the target. There are three types of groups you don’t want: Clumps of holes with a flier or two sitting outside the clumps, vertical strings, or horizontal strings. What you’re after is three shots through the same hole, or five shots, or a nice equilateral triangle with all the shots equidistant from a center point. Settle for anything else, and you’re going to be an unhappy rifleman.

* For those of you who can’t handload and have a .30/06 to shoot seriously, let me introduce you to SIG-Sauer Springfield Elite Match Grade OTM ammo, which is brand new and loaded with 175-grain Sierra MatchKings. Muzzle velocity is 2,700 fps even, which is right up where it should be. I shot a bunch in two very accurate ’06 hunting rifles and got five-shot groups averaging below an inch, and sometimes way below an inch. If I had used match rifles, the groups would have been much smaller.

Why 175-grain and not 168? Because it’s been demonstrated that the heavier bullet holds its velocity much better at long range, despite the small difference in weight. Taking my cue from the Army’s M118 sniper ammo, I’ve switched from 168 SMKs to 175s in my .308 match rifle, and they do everything better. This is top-quality ammo, and the MSRP for a box of 20 is $45.95.