Reflecting on the life and career of the renowned safari guide 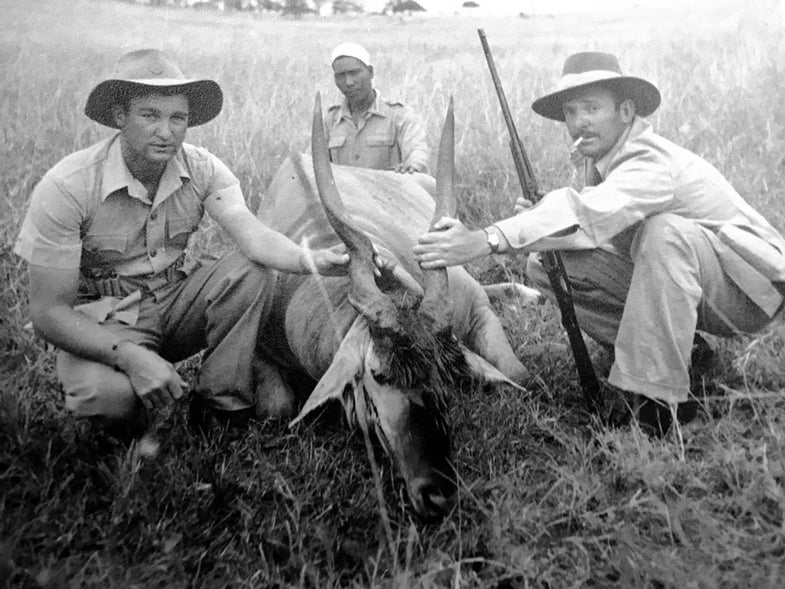 Selby (left) with a tracker and Robert Ruark, around the latter's eland. From the F&S Archives
SHARE

While at SHOT Show, I was saddened to learn of the death of Harry Selby, who was probably the most famous professional hunter of all time. Selby, who killed his first elephant at 14, died at his home in Botswana, peacefully, having presided over who knows how many safaris in a career that began after World War II and ended only recently.

It was Selby’s great good fortune to take Robert Ruark on safari in 1951, when it was still a glamorous enterprise, and PHs (they were called white hunters back then) were portrayed in movies by Clark Gable, Gregory Peck, and Stewart Granger. Out of Ruark’s safari came his book, The Horn of the Hunter, which is now, and forever shall be, the best thing ever written on the subject.

Ruark was a dreadful shot and an alcoholic, but he was a magical writer, and his portrayal of Selby as a terai-hatted superman sent the latter’s career into orbit. Selby found himself booked years in advance, and he escorted the rich, the famous, and the royal up to the jaws of death and back again.

Selby was both highly competent and lucky. In his career he never had a client bashed, and was never himself chewed or trampled. His closest call came from an enraged zebra stallion that he had offended and that pinned him up against a Land Rover, biting and striking at him with his front hooves.

He could also be funny in a droll British way. My favorite scene in Horn of the Hunter is the one in which Ruark lets drive at a Cape buffalo with a .470, which doubles, knocking the writer and the buff equally flat. Selby surveyed the scene for a few seconds, and then drawled, “Really, one of you ought to get up.”

In the early 1970s, sport hunting was outlawed in Kenya, where Selby had conducted many of his safaris, in order to make way for serious commercial poaching, but by then Selby had relocated to Botswana, which was unspoiled. There, he created permanent hunting camps (as opposed to the rolling tent safaris that were traditional) and popularized photographic safaris.

But he continued to hunt. His backup rifle (which is almost as famous as the man himself) for 50 years was a .416 Rigby bolt action, and thereby hangs a tale. In 1948, a short while before he bought it, he lucked into a Best Grade Rigby .470 double, which he got for the equivalent of $300. Today, if you’d like one, have $100,000 ready. However, he left the double lying in the long grass after shooting a buffalo, and a Land Rover drove over its barrels.

Selby replaced it in 1949 with the .416 Rigby bolt gun, which the company had built on a standard Mauser action and had made room for the big cartridge by chopping off steel at either end of the breech. The Rigby was right-handed, and Selby was left-handed, but that never bothered him. He claimed that if someone gave him a left-hand bolt he wouldn’t have the faintest idea how to operate it.

To put Selby’s career in perspective, I remember a conversation between two PHs long ago in Botswana. They had started out at the same time about a dozen years before and knew a number of the same people. Going down this roster, it turned out that none of their colleagues had survived. Blackwater fever killed one. A cattle-raiding lion slapped another in the head. A third died because a piece of mopane wood punched through the floor of his Land Rover and caught him in the femoral artery. On and on it went.

But Harry Selby lived to a ripe old age, and he saw things that the rest of us can only dream about.