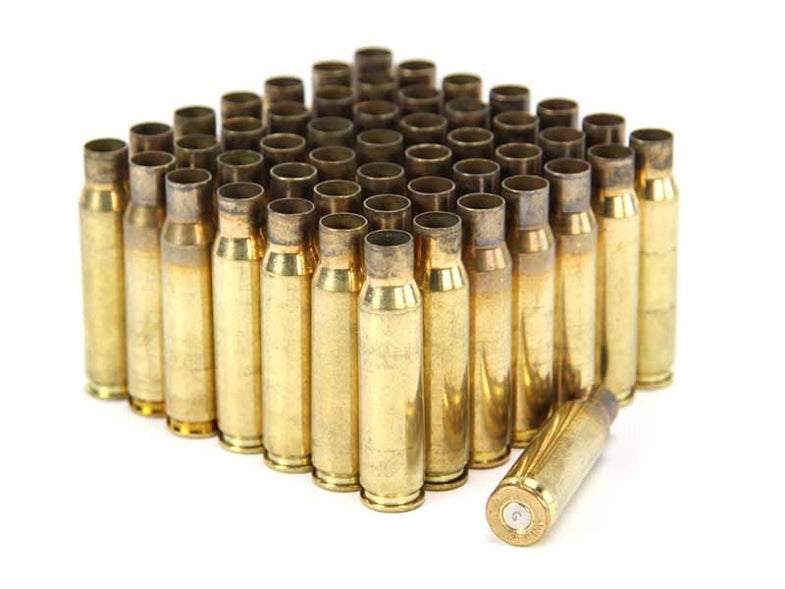 Just about all of this post applies to handloaders. The rest of you can teach your grandmothers to suck eggs, or play in traffic, or read Leatherstocking Tales, by James Fenimore Cooper*.

Anyway. I was loading a batch of .308 Winchester brass and noticed that the primers were going into their little pockets with varying amounts of pressure. Some practically flopped in; others required that I haul on the arm of the priming tool until everything turned purple and silver. This was a bad omen, because they should all go in with about the same amount of force, and I’ve found that if a manufacturer is sloppy with one aspect of a case, said party is likely to screw up in other ways as well, and this will show up on your targets.

And sure enough, it did. With every five-shot group, I got two or more fliers, an inch and change from where they should have gone. At 100 yards, on something the size of a deer, this would not make any difference. At 300 yards, it might. Beyond that, it definitely would.

This irritated me considerably, so I broke down all the ammo I had loaded, swallowed hard, and substituted Lapua brass. Then I went to the range and tested it, and it worked fine. The test was necessary because any time you change a component, you have to check the handload to see if it still works, and if it’s a hot load, you may want to back off a bit on the powder charge. I threw the Winchester cases in the brass box at the range, where they will be sold as scrap.**

How picky you get with new brass depends on what you want to use it for. If you intend to shoot deer at rock-throwing distance, why worry? If you mean to shoot at something smaller, or a lot farther away, worry.

Bad brass results when manufacturers let their dies and tooling wear out and don’t replace it. They tend to be sloppy with cases that are sold to the common folk in huge amounts, such as the .308, .30/06, and .223. They’re careful with brass that goes to shooters who are inclined to be picky and use rounds like the 6.5 Creedmoor.

Here are some of the most common causes of inaccuracy:

Variations in weight. Cases that weigh more have different dimensions than cases that weigh less. This results in identical powder charges developing different pressures, which causes bullets to fly hither and yon. The really serious F-class competitors I know will take a batch of 100 shells, weigh them, and segregate them into three groups, light, medium, and heavy. Each batch of shells will shoot to a slightly different point of impact, but each batch will group together, so you can compensate by shifting your point of aim.

Case neck misaligned. Just what it says, and I know of no cure. You can try running the shell through a sizing die, but you’re better off throwing it in the brass box.

Flash hole too big, or too small, or not cut or punched cleanly. Not a common problem, and frankly, I’m damned if I’m going to spend my time truing up flash holes. And you can read that any way you like.

Varying case-neck tensions. If you have a bunch of ammo that’s already been fired and full-length-sized and you mix in rounds with new brass that’s unsized, expect havoc. The sized cases will have a death grip on the bullet while the unsized ones will have hardly any. This will cause pressures to vary, and therefore velocity, and bye-bye accuracy.

The easiest way to detect a bad case is to load it and shoot it, and if you get a flier that was not your fault, and your rifle doesn’t throw shots, it’s the case. Throw it in the brass box. John Wootters, who was a very smart guy, hunted only with once-fired brass that had been to the range and proven itself. This is not a bad idea at all.

Of course, if you don’t handload, you have no control over any of this. In addition to spending a lot of money you don’t need to spend, you are at the mercy of whatever the manufacturer stuffed in your box of ammo.

* Mark Twain said of the writing of James Fenimore Cooper, “It’s so awful that there is a kind of grandeur to it.”

** Some handloaders like to dive in the brass box, thinking that they’re saving money and coming up with treasures. I would sooner practice random fornication at a leper colony.