An Ingenious Trick to Modify Your Favorite Plug 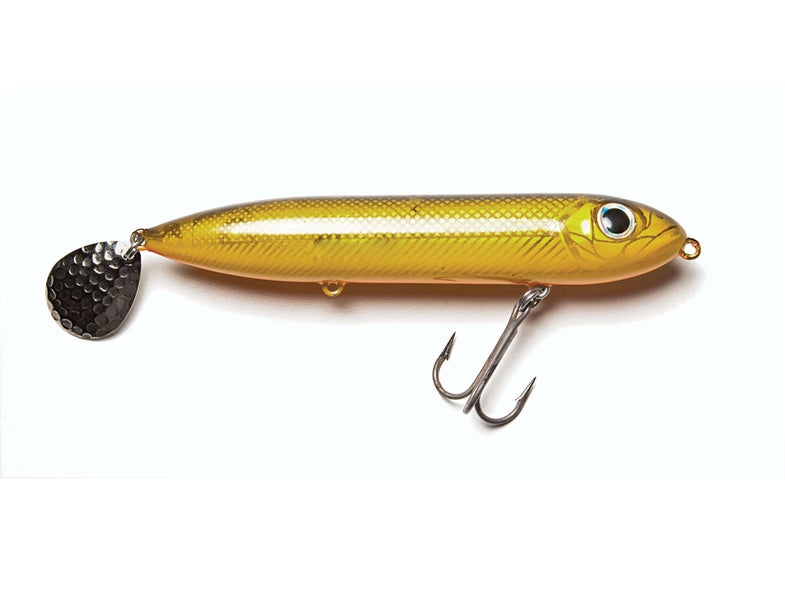 By removing treble hooks and adding a spoon to one end, a good plug can be made to have an even better swimming action.. Travis Rathbone
SHARE

Multiple treble hooks are a perfect example of the Law of Unintended Consequences: Left to their own devices, they all too often do what they do best, which is snag the gills and other vulnerable parts of a fish, impale your fingers, and foul nets and any other nearby tackle.

One way to lessen such collateral damage on hard-bodied plugs is to cut off two points from each treble hook. This reduces fish mortality, but I have found that far too many hard-mouthed fish are able to throw the remaining hook.

After years of experimentation—on largemouth bass, bluefish, seatrout, snook, tarpon, and more—I have found a superior solution. Remove all the trebles from the plug, except for the one at the front [1]. Then use a split ring to replace the rear hook with a spinnerbait blade (in silver, gold, or bright red) [2] about the same width as the cross section of the lure. Leave any remaining hook hangers empty. The setup works because of the blade’s special action and lifelike flashing. Rather than spin, it flutters and wobbles, thereby increasing the action of the plug, especially at slow speeds. End result? More fish, less hassle. Works for me.