How to Butcher and Process Deer in Warm Weather 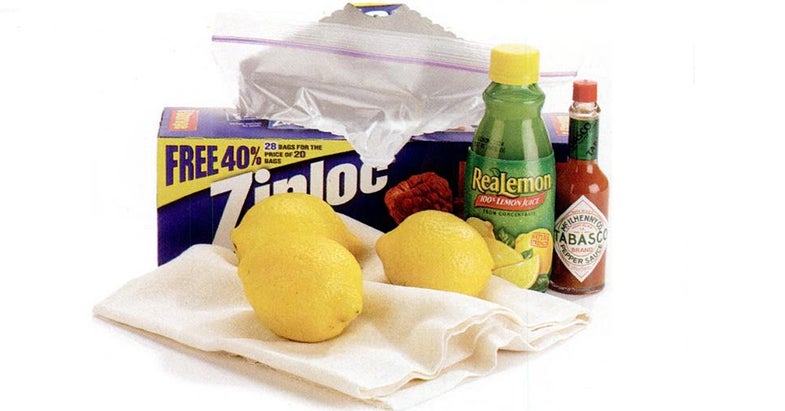 Aging and butchering a deer requires careful handling at any time of year, but the margin for error grows much thinner in the warm weather of September. Even if you can’t get your buck quickly into a cooler, you can keep your hard-won venison from spoiling. Here’s how:

First, remove the hide as soon as is practical and cut the carcass into quarters. Bacteria will quickly attack meat exposed to warm air, so the next step is to protect your venison during transporting and aging by placing the skinned quarters in cheesecloth gamebags that have been treated with a simple citric solution (see below). The acidic mixture helps draw blood from the meat and forms a protective glaze that discourages bacteria and flies.

If temperatures in your area drop below 45 degrees at night, you can hang the bagged venison outdoors for a night or two. Otherwise, keep the meat at a steady, cool temperature in a refrigerator while it ages. Then unwrap it and cut some tender steaks for the grill.

1. Combine three quartered, unpeeled lemons; a 32-ounce bottle of lemon juice; and a 5-ounce bottle of Tabasco sauce in a 5-gallon bucket. Stir it well to blend the ingredients.

2. Immediately soak the cheesecloth bags in this solution for one hour, then let them air-dry.

3. Seal the cheesecloth in plastic bags until you’re ready to use it.

Alabama hunting guide Larry Norton has made an art of hunting over scrapes, and he’s not above stealing one to get a buck. As Norton travels around his hunting area, he’ll occasionally don latex gloves and remove the aromatic soil from a buck’s scrape. He’ll also pluck the branches licked by the deer from overhanging limbs. Then, knowing that they may come in handy later, he seals the dirt and chewed branches in a plastic bag to protect them from contaminating odors.

“When I’m getting ready to hunt a different buck, I’ll use the dirt and the licking branches I stole earlier to create a realistic mock scrape. I usually do this during early bow season,” says Norton. “Let’s say I find an active scrape that’s 50 yards—and therefore out of bow range—from the nearest suitable tree for stand placement. I’ll create a mock scrape closer to my stand. This way, when the buck comes in to work his scrape, there’s a good chance he’ll come to the mock one to check out the scent of a new buck—and walk right into killing range.” —RAY SASSER