How to Buy the Right Paracord for the Job

Parachute cord, or 550 cord, is one of the most useful items you can carry in your hunting pack, on your boat, or just about anywhere else you might need a thin, super-strong, but super-light, braided rope 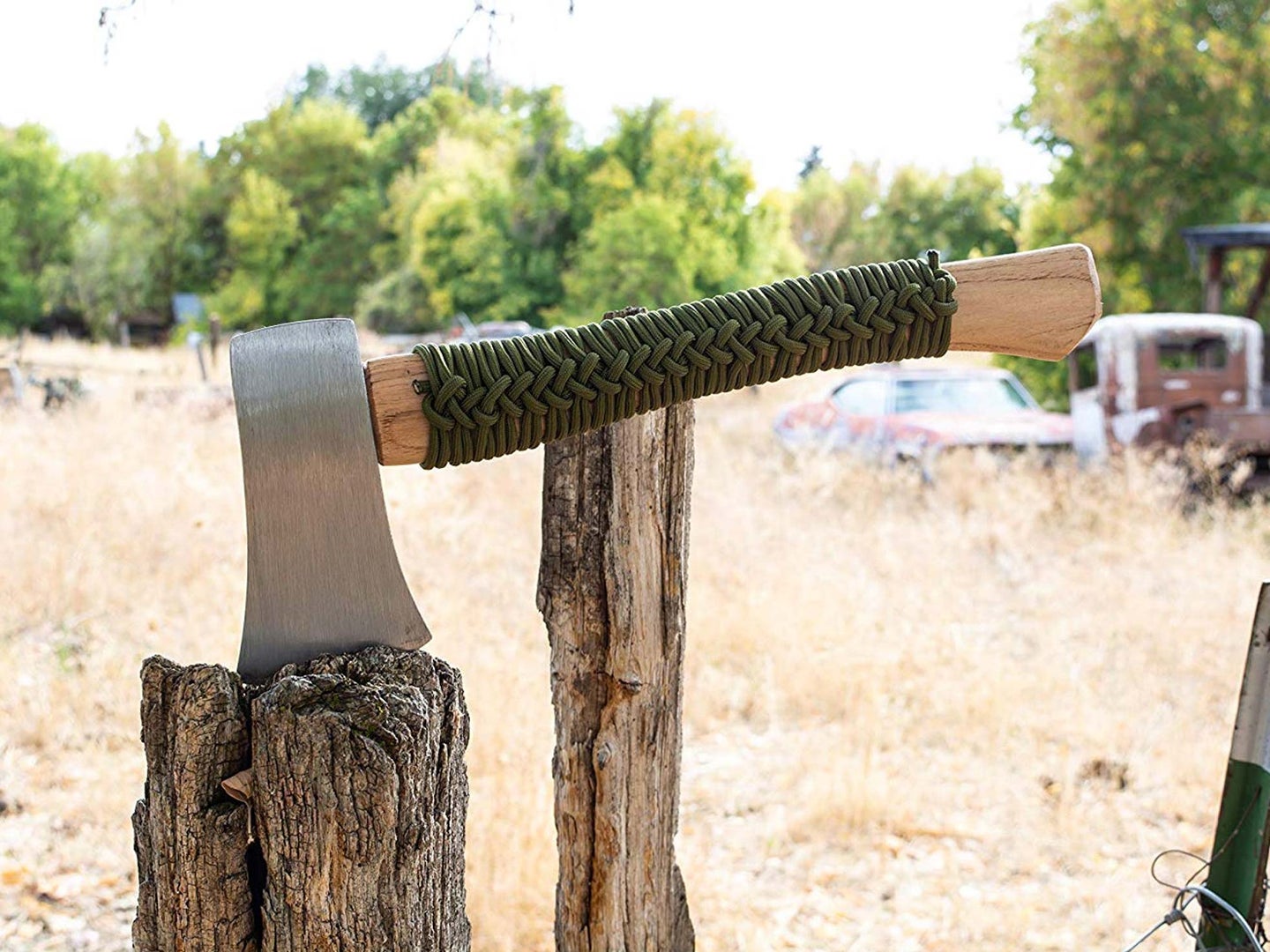 Originally created for military parachutes, modern paracord is strong enough to handle up to 750 pounds of pressure. Amazon
SHARE

Paracord is one of the most useful items in a sportsman’s gear bag, serving as everything from haul rope for tree-stand hunting to bow lines on your canoe our layout boat. Replace a boot lace, make a bow-drill fire set, hang game, or tease out the core for emergency fishing line—paracord was once even used to repair the Hubble Space Telescope. If there is anything that surpasses the utility of duct tape, it’s paracord. Here’s what you need to know to find the right braid for the task at hand.

Originally created for military parachutes, modern paracord is strong enough to handle up to 750 pounds of pressure. Amazon

Originally created for military parachutes, modern paracord is strong enough to handle up to 750 pounds of pressure. Amazon

Paracord is sometimes marketed as 550 cord, a reference to the minimum strength rating of traditional Type III paracord. Originally used as suspension lines in military parachutes, 550 cord has found its way onto the shelves of virtually every sporting goods and hardware store. In the four most commonly available types (I, II, III, and IV) strength ranges from 95 pounds to 750 pounds, respectively. Check the type carefully to make sure you are getting cordage strong enough for your outdoor task.

To avoid breaks, avoid paracord that doesn’t have a braided core. Amazon

To avoid breaks, avoid paracord that doesn’t have a braided core. Amazon

Legit paracord has a braided sheath with multiple twisted strands or yarns inside. Be wary of products marketed as paracord that have a single core strand (including Type I) as they have neither the strength nor durability of more rugged types and don’t allow breaking down into multiple yarns for more refined tasks like fishing, sewing, or trap making.

You can use paracord core in emergency situations to start a fire or catch a fish. Amazon

You can use paracord core in emergency situations to start a fire or catch a fish. Amazon

Some paracord is sold with survival specifically in mind. In addition to maintaining a strength rating at or above standard Type III Paracord, several of its core strands are of made of specialty materials, such as monofilament for fishing, a jute strand that can be used as fire tinder, and thin metal wire for snaring or random Jerry rigging.