How to Catch Lunker Bass in Lily Pads

Find, hook, and wrench monster largemouths out of the pads like a pro 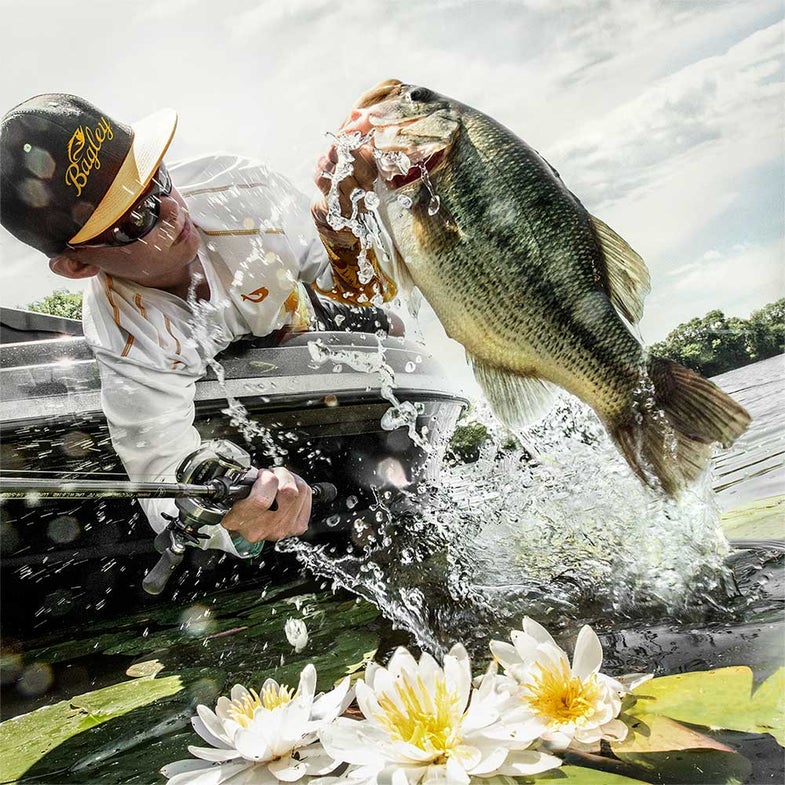 When a lunker eats in the pads, getting it to the surface fast is critical. Brian Grossenbacher
SHARE

Nothing gets a bass angler more fired up than spotting a patch of lily pads in late spring and early summer. The spawn is over, and now is the time when heavy fish start taking up residence in this lush cover. Throwing topwater frogs is a blast, but serious bass fishermen know that a jig flipped into the pads ­entices more big girls more often. The perfect flipping presentation, however, is a skill that takes some time and practice to master. If you’re ready to set down the frog and probe the pads for a true trophy, these tips from top tournament pros and guides will help you determine exactly where to flip and how to come tight after that jig touches down. 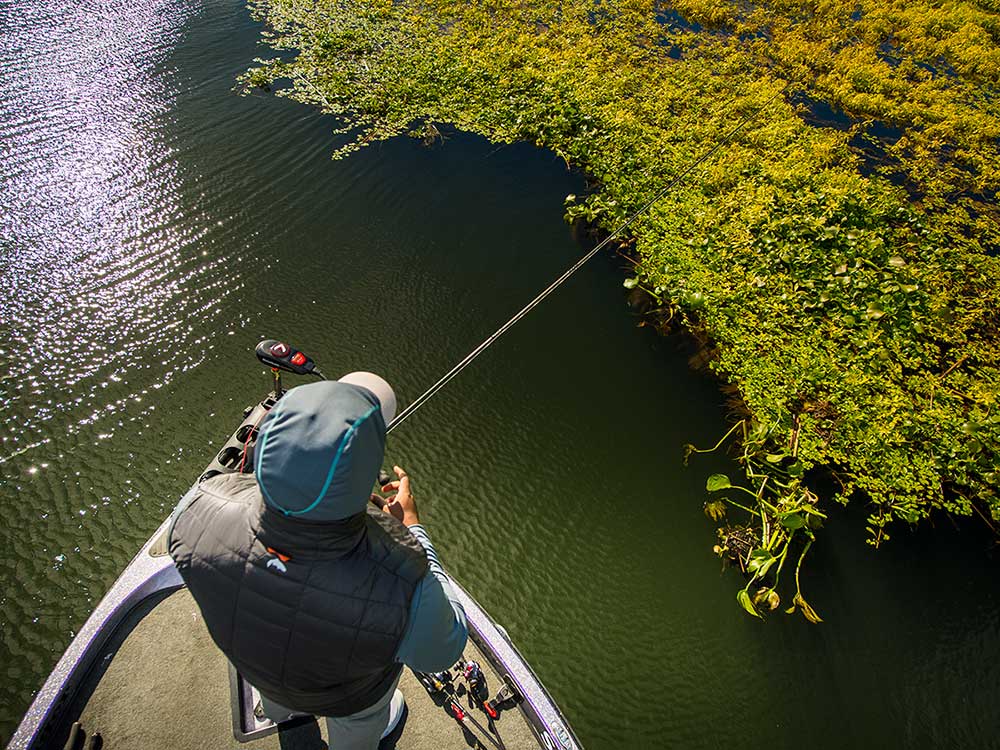 Other weed growth in or near a field of lilies can point out where a big girl is hiding.

Looking at a massive field of lily pads is like staring at the ocean. Trying to decide where to start fishing can be daunting. The trick is breaking down that field into segments that are easier to digest. “Look for irregularities of any sort,” says Bassmaster Elite Series angler Brandon Palaniuk. “This could be a channel through the pads, a different species of pads or grass mixed in with the most common variety, or even an isolated patch of pads by themselves.” According to Palaniuk, bigger bass tend to gravitate to sections with these irregularities, often because they offer a better ambush point than sitting in the middle of the thick field.

Palaniuk always makes an effort to cast to a pad’s rounded front half, partly because he finds that largemouths tend to hang under this wider section, and because he’s lost fish by casting to the back edge. “Watch for the backside V where the stem connects,” he says. “It’s very easy for your line to get caught in that V. If you keep your line out of that crack, you better your odds of landing a fish when it hits.”

If you had to peg one body of water as the mecca for pad flipping, it’s Lake Guntersville in Alabama. This giant lily-filled lake is the home water of bass guide Mike Gerry. There’s nothing more important to him than accuracy when flipping. “If you can hit the small open areas with your first cast,” he says, “you’re less likely to scare fish by firing repeat casts or having to move the boat to get in a better position.” To up your game in the off-season, practice by flipping to a Hula-Hoop in the yard.

Gerry adds that it’s critical to have the right gear so that when you hook up you’re equipped to battle both fish and plant. Strong braided line is a must for feeling bites in the pads, getting a solid set, and (hopefully) cutting through some of the vegetation if a fish digs in. “I also prefer floating braid because it sits on the surface and you can watch it,” he says. “If you see any line movement, even the slightest change in direction, that’s when you set the hook.”

Finding big bass in the pads is step one. Making the perfect cast is step two. The final challenge is pulling that big bass from the thick vegetation. Mike Siefert is a guide on what he describes as “the jungle called Millwood Lake” in Arkansas, and he says that big bass absolutely know how to use line tension against you by rubbing the hook along lily-pad stalks and shaking it free. The trick to beating them is simple: Don’t give them any tension to work with. “If a bass starts digging into the pads, immediately give it a ton of slack,” he says. “Without tension on the line, it’s not as easy for the hook point to grab a pad.” And this sudden slack often causes the fish to swim back to open water where it’s easier for you to win the fight.

Whenever a bass is not digging into the pads, that’s when you need to go on the offensive. Use your rod—not your muscle—to lift the bass straight up to the surface, Siefert says. What you don’t want to do is pull sideways into the pads. “Once you have the fish on top, you can either fight him across and out of the pads or move in with the boat and lip him.”