How to Choose the Right Shotgun Choke 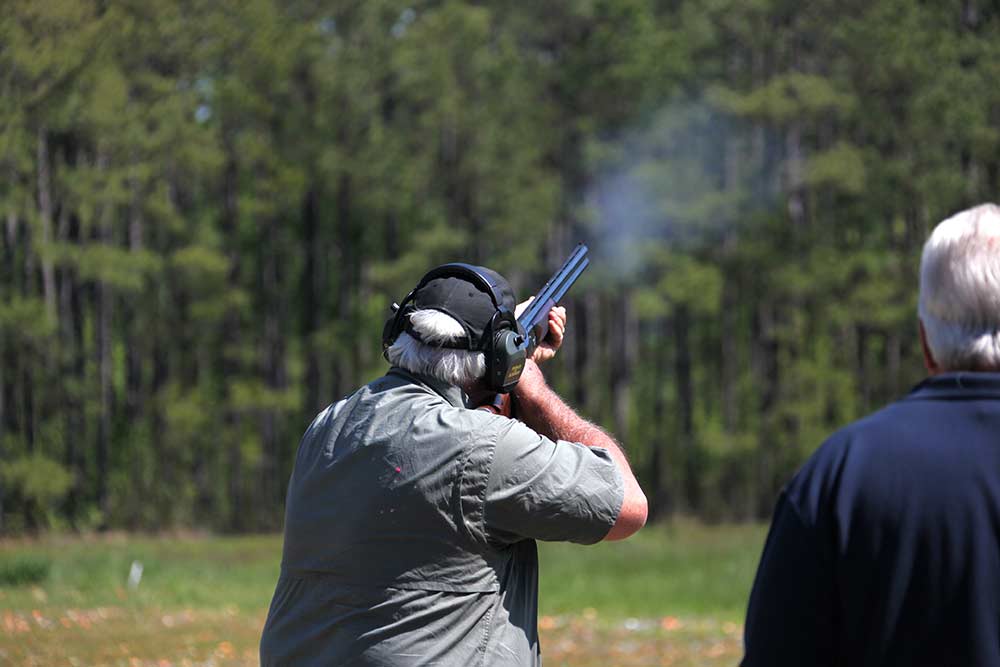 Whether it’s for a round of skeet or a duck hunt, the choke you choose should be determined by your shooting skills. Wikimedia Commons
SHARE

Here’s another way to look at choosing the best chokes for your shoguns: Choke for your ability, not for the longest shot you might see in the field.

That was one of the points in an article by NSCA instructor Clayton M. Rue that I read recently. Overall, the piece was about simplifying sporting clays. Rue’s belief is: You pick one load (1 ounce of No. 8s at 1200 fps was his recommendation) and one choke based on your ability. The only time you change chokes is when you improve enough to go up to the next class.

The thinking is that your goal should be to break 100 percent of the targets within your ability, and take anything extra—here meaning longer —as a bonus. Therefore, a beginning competitor in E Class should choose a Skeet choke to be best prepared for the targets they can break: the close ones. If you chip a few of the long ones, it’s gravy.

A D-Class competitor can tighten up one notch to Improved Cylinder, and so on, until you get to Master Class, where you screw in an Improved Modified. Master Class shooters have the ability to take advantage of the tight choke on long targets, and also the ability to hit with a much smaller pattern at close range. Most of the top shooters do use a lot of choke because they have the skill to use it. Incidentally, so does one of the best wingshots I know. He shoots Improved Modified at everything from doves and teal to Canada geese. He can make the long shots and head-shoot birds up close, too, so it’s the right choice for him, if not for most of us.

This idea doesn’t translate perfectly to the field because a chipped target counts as “dead,” but a lightly hit bird escapes to suffer, but it’s worth thinking about. Rather than choke for the conditions, choke for your ability.

One of the questions I get a lot is: “I just bought Gun X. What choke should I buy for it?” I don’t know. How much do you shoot? Can you hit anything other than a straightaway pheasant, a duck hanging over decoys, or a dove at 15 yards? If so, then maybe the super-tight wonder-choke you want to buy makes sense. If not, you should probably put an Improved Cylinder in your gun and leave it there.

Choking according to your ability, however, requires a look in the mirror and an honest assessment of your own abilities, which is no fun at all. Still, if you spend the summer fishing or golfing, then maybe a wide-open choke and some restraint in shot selection is the best way for you to go. If you shoot a lot, then maybe you can take advantage of more choke.