How to Keep Rust from Damaging Shotgun Shells

Photograph courtesy of Steve Snodgrass/Flickr One of the common problems with shotgun shells, particularly for waterfowlers, is that they get... 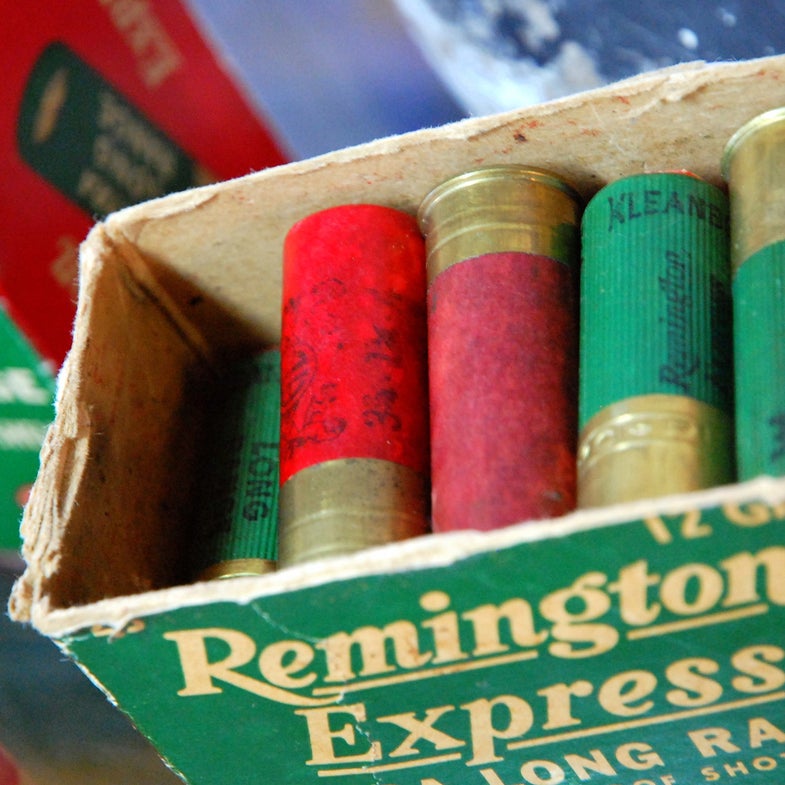 One of the common problems with shotgun shells, particularly for waterfowlers, is that they get wet and eventually rust. One time I hedged my bets, thinking that some of the bases of my shells weren’t too rusty, but I was proved wrong; an easy triple on brant geese was spoiled when I killed the first bird and then couldn’t eject the shell from the chamber. Keeping shells from getting rusty will keep you from wanting to wrap your gunning iron around a tree.

1. Wipe the bases of the shells with a rust inhibitor such as Knight Oil before you head out for a hunt. The oil repels the moisture so your shells don’t corrode before you use them. Dry them out after every hunt and relube with oil to keep the bases smooth.