I confess that I read Lee Child’s Jack Reacher series of mystery novels, even though they’re 90 percent interchangeable and... 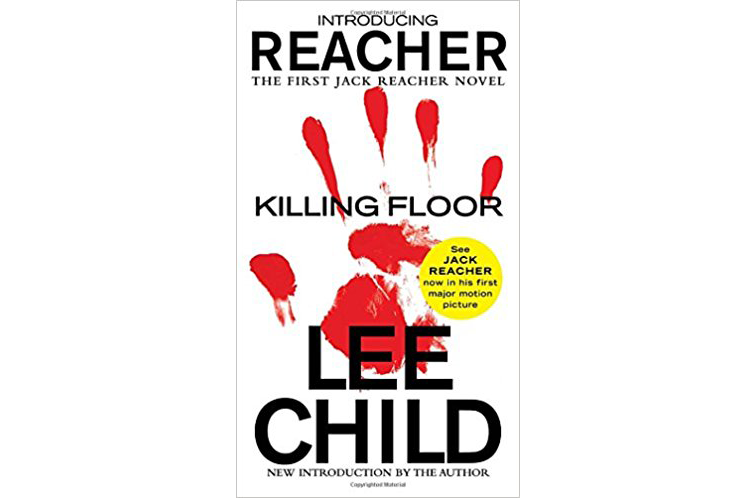 I confess that I read Lee Child’s Jack Reacher series of mystery novels, even though they’re 90 percent interchangeable and I can feel my IQ crumbling as I do so.

Mr. Child, who is British, has got himself a franchise. There are something like 24 Reacher novels out there, and there have been two movies, both starring Tom Cruise. I giggle at the movies, because Reacher, who is constantly beating the hell out of all comers, is 6’5” and his weight has gone from 220 in the first books to 250 in the most recent, and Cruise is maybe 5’7” and 150 pounds. The first film was pretty good, but the second one sucked.

Reacher bears some similarities to Spenser, the Boston private eye who is the creation of the late Robert Parker, a genuinely gifted writer for whom my admiration is immense. Both are unbeatable in a fight. Spenser is a former professional heavyweight boxer, and Reacher is huge, mean, and learned his violence in the military police.

Both men occasionally shoot people, Spenser rarely and with reluctance, Reacher frequently and with relish. Parker knew nothing about guns, and was smart enough to keep his firearms prattle to a minimum. Child goes in for gun talk in a big way, and most of it is nonsense.

In one public-library Reacher book I just finished, he identifies Ft. Dix, New Jersey, as a Marine base. It ain’t. Who ever took out the book before I did had crossed out “Marine” in a fit of pique and written in “Army.” Then it got worse. A few pages later Reacher pulls an unloaded Beretta M9 on a gangster and racks the slide to intimidate him. The slide closes. By now enraged, the previous reader scribbled in the margin:

“Bullshit. The M9 locks open on an empty magazine.”

Then there was the Glock 17 which is pointed at Reacher, who notes that its safety is off. This is a pretty neat trick, as the Glock 17 doesn’t have an external safety. In another book, Reacher gets hold of a Barrett M82 and starts shooting people a mile away. Rather than describing the carnage and letting it go at that, Child delivers a brief lecture on rifle accuracy, stating that it all depends on the powder exploding uniformly and burning at an absolutely even rate all the way up the barrel. All well and good except that smokeless powder burns, it doesn’t explode. And it doesn’t burn uniformly; it burns progressively, faster and faster.

Now this is all harmless and good fun, and I have no doubt that Child’s readers say to themselves, “Hoo boy, that Lee Child sure knows a lot about guns, and it’s even more amazing because he’s British, and no Brit ever sees a gun unless he joins the Forces, and now he lives in New York City, ditto ditto. How many pages to the next beating?”

What bothers me is, I write for people who actually know a lot about the subject, so I have to know what I’m talking about, which is a lot of work and runs counter to the principles of modern journalism. Does anyone on the staff of The New York Times except Chris Chivers know the first thing about firearms, even though they write about them all the time?

There must be some source that Child goes to for his misinformation. No one could make up that much nonsense unaided. And where can I get my hands on it?