How to Rig a Mountain Bike for Hunting on Public Land 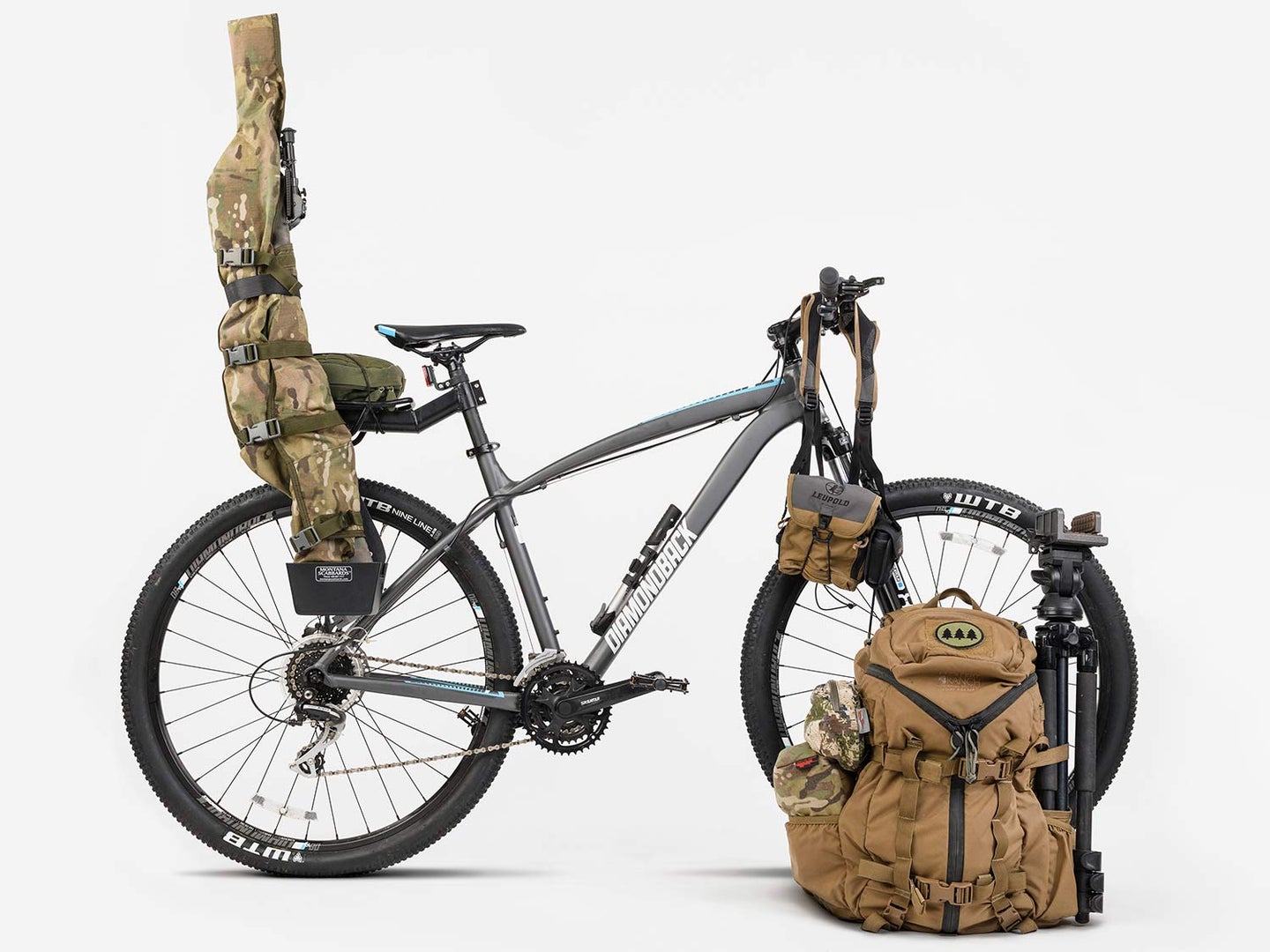 I spent a week last fall chasing blacktail deer in Oregon’s Cascade Mountains. My hunting grounds weren’t far from Portland’s throngs of man buns, so there were plenty of other people cruising around for deer. But I was able to leave them well behind and have what amounted to a remote hunting experience because of my mountain bike.

Plenty of public land across the country is located behind gates that don’t allow motorized transport. Although there’s absolutely nothing wrong with humping it on foot, a bike can get you deeper into the woods in a fraction of the time.

It didn’t take much effort to gear up. I took my stock Diamondback Overdrive 29C, added a basic rear bike rack from Walmart behind the saddle, and bolted on a scabbard from Montana Scabbards, which can transport either a rifle or a bow.

With the firearm mounted on the rear of the bike, I barely noticed it while I was underway, and I had no problems clearing vegetation on tighter trails.

I used a rifle cover from Tab Gear to protect my .308 from the elements—since this was in Oregon, there was plenty of rain and mud—and carried everything else in my pack.

I chose Mystery Ranch’s versatile 3 Day Assault pack because it rides high on the back and cleared my seat, and I was ready to roll and leave the road hunters and poor souls marching on foot far behind.

Chest Rig
This harness ­allows quick ­access to a bino, a rangefinder, and a windchecker. Leupold