How to Tie a Spoon Fly That Will Catch Fish Anywhere 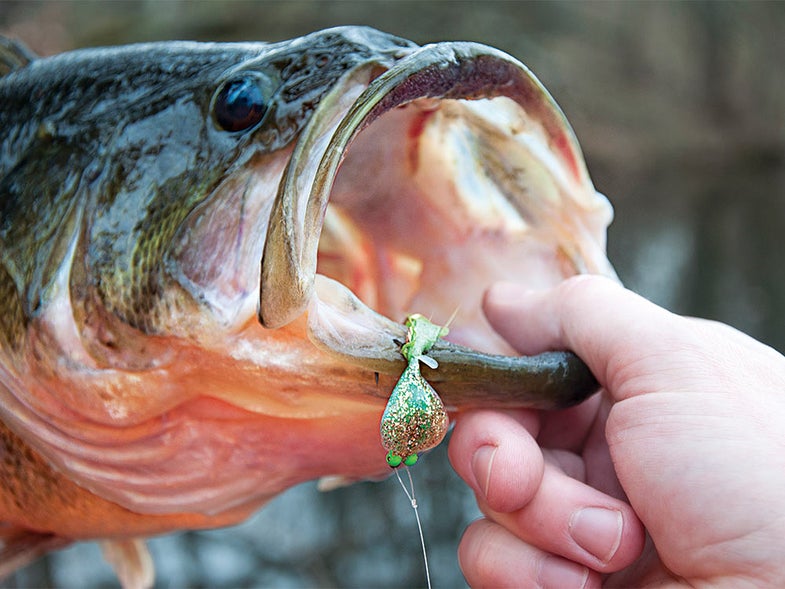 A spoon fly is a cheat. At least that’s how a lot of fly guys feel, simply because spoons are synonymous with gear fishing. Even in sea­trout and redfish circles, where these epoxy wobblers were born, many guides only use them out of desperation or when other patterns just can’t get it done. Ten years ago I might have agreed that a spoon fly was a dirty play, but not anymore. In today’s fly world, it’s all about action, so I’d argue that the old-school spoon fly was actually ahead of its time. Spoon flies offer incredible action in a small, easy-to-cast package. They are very durable. Most important, despite salty origins, spoon flies will catch any fish that eats little baitfish anywhere. They’ve also never been easier to tie.   Give Me Some Skin There are several traditional ways to make a spoon fly, and they’re all painful. You can tie a wire frame and try to fill it with epoxy. You can make a mold out of Silly Putty. Quite often you’ll curse, waste a lot of time, make a mess, and end up with one or two spoons that actually wobble right. Or you can buy a pack of Jonathan Kiley’s Spoon Skinz ($3.75) and pump spoon flies out as effortlessly as zebra midges. Spoon Skinz aren’t new, though Kiley says they’ve been “kind of under the radar” thanks to the spoon fly stigma. He released them in 2014 after spending a few years perfecting these pre-cut spoon forms with easy tie-in tabs. Kiley has a full tying tutorial on his YouTube channel; the short version is that you weight the shank with lead wrap and bead-chain eyes, tie in a tail, and then tie a clear Spoon Skinz on top of it all. This serves as a platform for the epoxy, which you can color however you’d like (see “Just Add Glitter” for tips) and smear thinly over the template. I’ve always had a few salty spoon flies in my boxes, but when I found Spoon Skinz just last season, I went a little spoon crazy, creating tail and body color combos for a variety of species I’d never targeted with spoon flies before. Not surprisingly, they all worked.

Spoon Skinz are available in several sizes, and the larger ones don’t lose any of their action when paired with a heavier, longer rabbit-strip tail. Any fluttering material like marabou or tinsel moves twice as nice when coupled with a spoon head. I’ve used a gold-and-green glitter spoon with a chartreuse bunny tail to trick largemouths and pickerel. A purple glitter spoon with a black marabou tail has triggered vicious hits from trout and smallmouths. Kiley casts spoon flies at everything from bowfins to crappies, and part of the reason they’re deadly is because they do something when they’re doing nothing.

Strip a spoon fly in short bursts, and it’ll wiggle like Grandpa’s favorite Dardevle. In a situation where fish are being sluggish or picky, try just letting the fly fall. A properly tied spoon fly will wobble on the descent. Last fall during New Jersey’s false albacore run, the fish were being snots on one trip, refusing my usual producers. I tied on a silver-and-pink spoon and I never took it off—cast, let it drop, tight line every time.

If spoon flies still leave a bad taste in your mouth, here’s a breath mint: Nobody scoffs at staple flies like the Epoxy Minnow and Surf Candy, yet they’re made from the same ingredients—epoxy, a little weight, and a tail—as a spoon fly. The flattened head is one difference. The other is that there’s a good chance a noncommittal smallmouth or striper tracking one of those aforementioned flies wouldn’t be so noncommittal if it had an erratic, fluttering spoon fly in front of its face. All you have to do is put one there.

Spoon Skinz are a blank canvas once you’ve tied one in. Any two-part or UV-cure epoxy can be used for the body, but Spoon Skinz creator Jonathan Kiley says epoxies with longer hardening times create tougher flies. You can mix dry pigment powder or water-based airbrush paint into the wet epoxy to achieve your desired color, but Kiley most often uses inexpensive fine-grain glitter from the craft store. Besides adding color, it also amps flash and makes the fly more durable—according to Kiley, adding glitter to epoxy boosts strength similar to the sand in concrete.