How to Trick Pressured Ducks with Coot Decoys 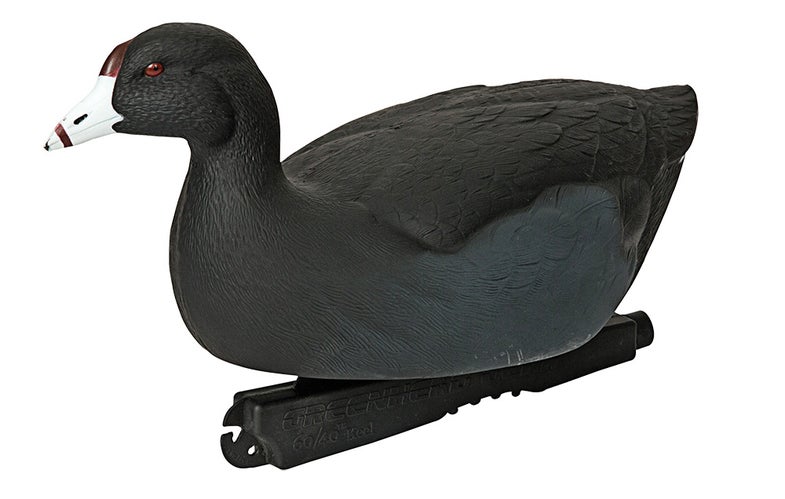 When duck hunters talk spreads, there’s always more mention of fishhooks and pairs than coots. That’s one reason coot rigs work so well; few people ever bother with them. But these decoys attract ducks for a number of other reasons, too. Here’s why you should try the coot surprise this season.

Ducks have excellent eyesight. But from a distance, decoys look to them the same as they do to us: black objects with a ducklike profile. Coot decoys are black and duck-shaped, so if anything, they show up better from afar.

Coots feed on the same aquatic vegetation that many ducks prefer. And they’re messy.

As they feed, they dredge up mud and invertebrates, and puddle ducks know this. They’ll drop right in to take advantage of the free buffet.

Coots are rarely alone. A flock of 50 means 50 extra sets of eyes on the lookout for eagles, otters, and humans with Remingtons. Thus, coots provide an added perception of safety.

Coots are constantly on the move, thrashing around in knots as they feed and fight with one another. Clipping three or four coot decoys to a single jerk cord looks about as natural as any illusion you can create with decoys.

This spread has been deadly for me. Set 16 to 18 coots on Texas rigs in a 10×10-foot knot, to imitate coots feeding in a tight group. Put a pair of mallard decoys on one side, and a pair of wigeon on the other. Set several of the coots on a jerk cord in the middle, and don’t place anything beyond 15 or 20 yards. Ducks lighting on the edge will still be in easy range.