Wingshooting guru Andy Duffy explains how to work with your dog, position yourself for a shot, and hit more birds in the field 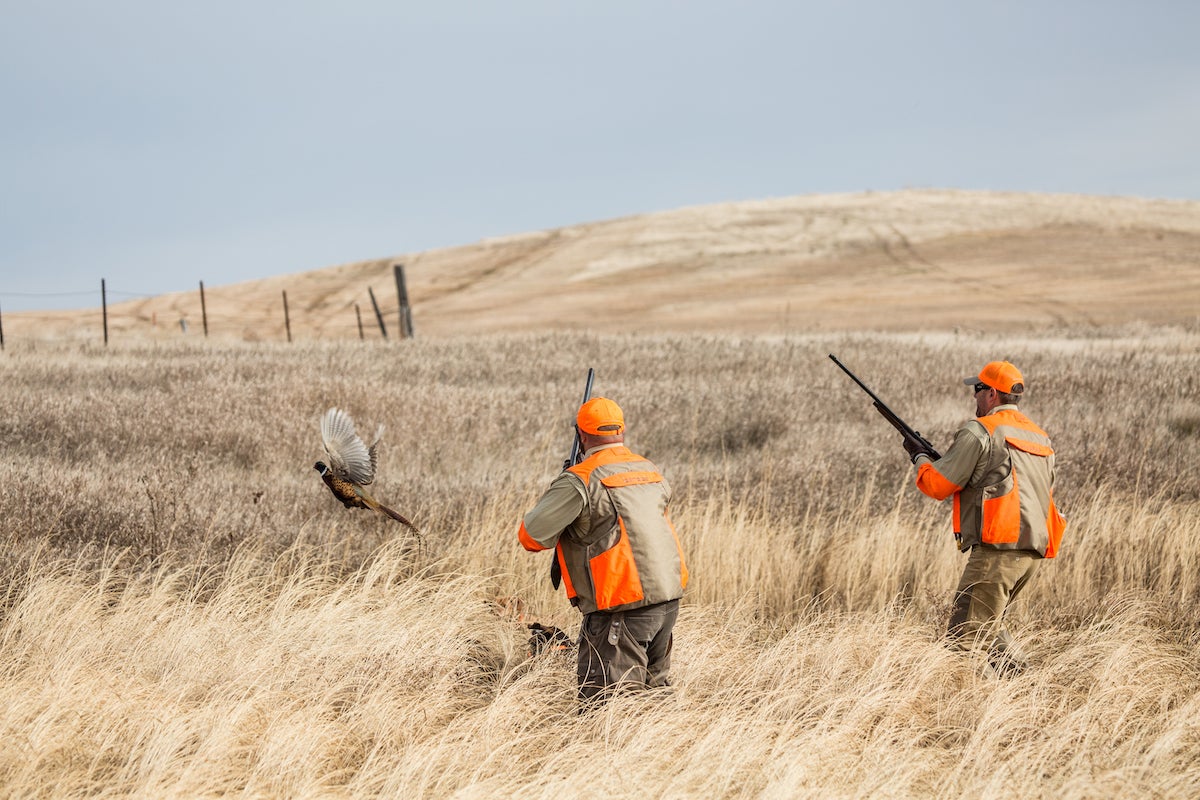 Position your body and plan your shot so you have the best chances to make your shot. Federal Premium Ammunition
SHARE

Being a great wingshot requires more than just knowing how to shoot. You have to learn to make the transition from the clays course to the field. And, once in the field, you have to know your dog and your quarry so you can put yourself in the right place and be ready for the flush when it comes.

National Sporting Clays Hall of Famer Andy Duffy has plenty of good advice for wingshooters. Duffy grew up as a grouse hunter in upstate New York, and he’s since had the opportunity to hunt birds across the United States and in several countries. A sought-after instructor, Duffy says half his students are hunters looking to improve their field shooting. He offers the following five tips to becoming a better game shot.

“Clays start fast and slow down,” says Duffy. “Birds start slow and speed up, but they never fly as fast as a clay target. At the beginning of the season after a summer of clay target shooting, you’ll shoot in front of birds until you remember to tuck the gun in behind the bird and go to the head.” Most upland shots are straightaway or quartering, Duffy says, and require no more lead than shooting at the bird’s head. “Even the rare crossing shots you get at upland ranges rarely require forward allowance. If you shoot at a crossing grouse at 30 yards and see a sliver of daylight ahead of it, you will miss it in front.”

Target shooters always make a plan before they shoot. Bird hunters can, too. It starts with being alert and watching the dog. “A lot of pointing dog owners only pay attention when the dog is point,” says Duffy, “I grew up hunting with springers and that taught me to always be alert in the woods.”

When your dog gets birdy or points, make a plan and be as ready for the shot as possible. “You know the bird will be upwind of the dog, so you have an idea of where you will see it,” says Duffy. “And, you know that when it flushes it will want to get away from you and the dog and head to escape cover. If there’s a strong wind it will jump into the wind and turn to fly downwind.” At the same time, you know where your partners are so you know where you have a safe shooting window. By process of elimination, you’ll know where you can shoot, and where the bird will probably go, and you can prepare for it.

“Of course, it’s hunting,” says Duffy, “so 30 percent of the time you’ll be wrong. But you’ll be set up and ready for the majority of shots.”

Dogless hunters know the trick of stopping to make birds nervous so they flush, and hunters with dogs do it inadvertently, pausing on the way to a point or following a birdy flusher and making birds flush wild. “When the dog goes on point, walk in a rhythmic, steady cadence to the bird,” Duffy says. “Don’t stop until you are in a place where you can shoot.”

4) Really Look at The Birds (Not The Gun)

Clay instructors preach “focus on the target” but what does that really mean? “When I hunt quail, I make sure I know if I’m shooting at a cock or a hen,” says Duffy. “After the covey rise, I’ve told dog handlers, ‘I’ve got a hen down over here and a cock over there,’ and they look at me funny. But then they find out I’m not joking.”  If you’re looking closely enough to see the difference between the white mask on a male bobwhite and the buff face of the hen, you’re looking at the head of the bird and you’re going to make a good shot. With any game bird, Duffy says you should look at the beak of a crossing or quartering bird, or at the back of the head of a straightaway target. If you shoot generically at a bird (shooting at the whole bird), you hit it in the middle and are more likely to cripple than kill.

Read Next: The 10 Toughest Shots in Wingshooting and How to Make Them

Pheasants present a challenge because they are a trophy bird for a lot of hunters. “Unless you’re hunting in South Dakota or where you know you will get lots of shooting, you have to work hard for a pheasant,” says Duffy, “When you finally get a chance, the pressure to make the shot causes people to force things. They start swinging along that long tail and don’t make themselves get the gun to the other side of the bird.”

The cure, he says, is to shoot like a guru. Duffy explains that there are three stages of hunter: novice, killer, and guru. Gurus, in the last stage, have shot a lot of birds. They are more concerned with passing knowledge along, with the whole experience, and killing doesn’t matter as much to them anymore. They don’t feel the pressure when a rooster flushes, and they’re more able to make the shot. Paradoxically, the way to kill more pheasants is not to care so much about killing pheasants.